.
The Big Picture on the Carter Page FISA

by Mark Wauck
{ americanthinker.com } ~ With all the discussion of the FISA warrants, we must avoid missing the forest for the trees... Since the release last Saturday of the highly redacted FISA application that targeted Carter Page, and the subsequent three renewal applications, there has been no lack of analysis of the unredacted details. Mark Penn's analysis is, for my money, one of the most cogent. In what follows, I intend to take more of a "big picture" approach, as well as focusing on issues that haven't received a great deal of attention but may in the future. One aspect of the application that came as no surprise to all who have followed this FISA-gate affair is that the role of the "dossier" – the collaborative effort produced by the British ex-spook Christopher Steele, Fusion GPS Glenn Simpson, Nellie Ohr, and possibly others, and the liar-Hillary campaign – is everywhere apparent. While the central role of the dossier comes as no surprise – after all, Andrew McCabe, the FBI's disgraced former deputy director and during the scumbag-Comey-Wray interregnum acting director, testified to the House that the dossier was "crucial" to the FISA – the overall audacity exhibited in the application is breathtaking. The dossier itself is in the nature of a Big Lie – sensational, lacking in documented sourcing, utterly unverified and unverifiable. To present the contents of such a document really a collection of memos to any court as fact is audacious enough in itself. However, authors of the application took two remarkable steps to support the Big Lie of the dossier. First, they used the record of Page's three years of cooperation with the FBI as an FBI informant in New York to support the contention that Page was an agent of a foreign power who was knowingly engaged in clandestine intelligence activity that might have involved the violation of criminal statues of the United States (cf. [b][2][A][B] at the above link).  That is audacious...
https://www.americanthinker.com/articles/2018/07/the_big_picture_on_the_carter_page_fisa.html
.
dummycrats-Democrats in Four States
File a Misguided Lawsuit against the Tax-Reform Law 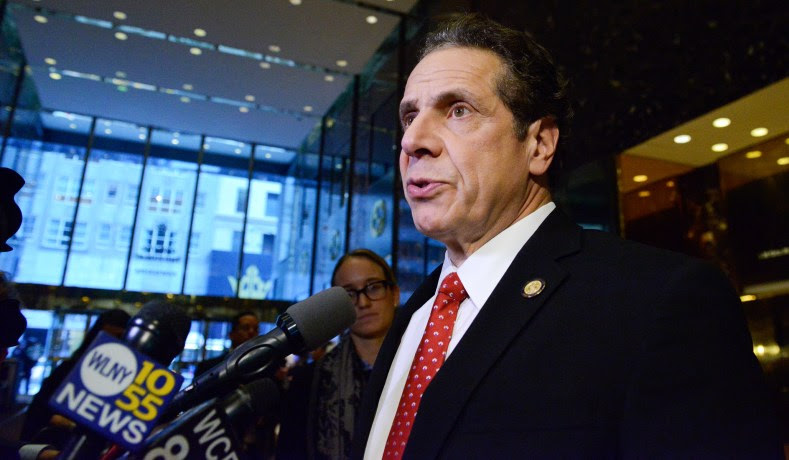 by BRIAN RIEDL
{ nationalreview.com } ~ Just when you thought politics in 2018 could not get any more bizarre... four states are now suing the federal government in hopes of mandating a $650 billion tax cut, of which 57 percent would go to the richest 1 percent of families. Rather than push for conventional legislation, the states are asserting that the U.S. Constitution requires this tax cut for the rich. One other thing: The lawsuit was filed by dummycrats-Democrats, not Republicans. Specifically, the attorneys generals of New York, New Jersey, Connecticut, and Maryland have filed suit in federal court, arguing that the recent tax reform’s capping of the state and local tax (SALT) deduction at $10,000 per filer violates the Constitution. The lawsuit, a pure publicity stunt, is so frivolous and unserious it may as well have been written in crayon. But don’t take my word for it. Even the AGs’ fellow liberals at ThinkProgress have called this “one of the stupidest lawsuits of the Trump era.” University of Iowa law professor Andy Grewal wrote, “If this lawsuit succeeds, I will post a video of myself eating every single page of the Internal Revenue Code, one-by-one.”...
https://www.nationalreview.com/2018/07/democrat-state-lawsuits-over-tax-deductions-misguided/?utm_source=Newsletter&utm_campaign=8615dcdebe-EMAIL_CAMPAIGN_2018_07_25_12_22_COPY_01&utm_medium=email&utm_term=0_3c0289e5fc-8615dcdebe-287026125
.
In first, ‘Palestine’ to head bloc of 134 nations at UN 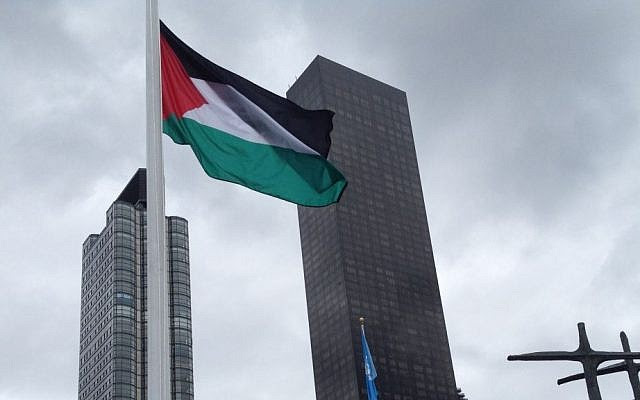 by RAPHAEL AHREN
{ timesofisrael.com } ~ The “State of Palestine” will reportedly preside next year over the largest bloc of developing nations at the United Nations... Palestine — which is not a member state of the UN but has observer state status — was chosen to head the so-called Group of 77, a consortium now consisting of 134 nations that often speaks in one voice at the UN General Assembly, starting January 1, 2019, The New York Times reported Tuesday. “We will be negotiating on behalf of 135 countries,” Palestinian Ambassador to the UN Riyad Mansour told the paper, including his own delegation in the count. The group was originally founded in 1964 with 77 countries, including Egypt, Saudi Arabia, Brazil, Thailand and India. Over the years it has grown to include countries such as South Africa, Qatar, Cuba, Bosnia and Herzegovina, Singapore, and Angola. It represents some 80 percent of the world’s population...This is not good.
https://www.timesofisrael.com/in-first-palestinians-to-head-bloc-of-134-nations-at-un/?utm_source=The+Times+of+Israel+Daily+Edition&utm_campaign=dad44aaeea-EMAIL_CAMPAIGN_2018_07_25_11_44&utm_medium=email&utm_term=0_adb46cec92-dad44aaeea-54638825
.
Palestinian Authority Silences Students by Bassam Tawil
{ gatestoneinstitute.org } ~ A Palestinian electric engineer from the West Bank is facing up to one year in prison and a heavy fine... Ibrahim Al-Masri, who was arrested by the Palestinian Authority (PA) security forces on June 19, is the latest victim of the PA's continued crackdown on its political opponents and dissenters. Al-Masri's lawyer said that his client was taken into custody under the PA's new controversial Cyber Crime Law, which targets Palestinian social media users. His family said they learned about his detention more than 24 hours after he was taken into custody. They pointed out that Al-Masri was arrested for posting comments on Facebook criticizing the PA security forces for beating him during a demonstration in Ramallah last month. The demonstration was organized by Palestinian activists to protest the economic sanctions imposed by the PA government on the Hamas-ruled Gaza Strip. The Cyber Crime Law, which has drawn sharp criticism from Palestinian human rights and media organizations, states that, "Anyone who creates or manages or an information technology platform that aims to publish news that would endanger the integrity of the Palestinian state, the public order or the internal or external security of the State, shall be punished by imprisonment for a period of at least one year and no more than 5,000 Jordanian dinars approximately $7,000 or by a combination of both punishments."...
https://www.gatestoneinstitute.org/12753/palestinian-authority-silences-students
.
Trump Has ‘Begun the Mechanism’ for
Removing Security Clearances from ‘Certain Individuals’

by Melanie Arter
{ cnsnews.com } ~ The White House said President Donald Trump “has begun the mechanism” for removing security clearances from former intelligence officials... a move that was signaled by the White House on Monday. When asked during a press gaggle Tuesday on board Air Force One en route to Joint Base Andrews in Camp Springs, Md., what has gone on in the last 24 hours on security clearances, White House spokesman Hogan Gidley was asked he couldn’t “get into specifics about the mechanism.” “What I can say is that the president finds it extremely inappropriate for somebody to go on television under the perception of legitimacy, integrity and level false and baseless claims against another person without any evidence whatsoever,” he said. “He finds that to be somewhat troublesome and concerning, and so he has begun the mechanism to remove security clearances from certain individuals. The names were listed yesterday. And when we have a further announcement on that, we'll give it to you," Gidley added...dummycrats-dems and media are having a meltdown.
https://www.cnsnews.com/news/article/melanie-arter/wh-trump-has-begun-mechanism-removing-security-clearances-certain?mkt_tok=eyJpIjoiWldGaVlUVmxNamMxTW1JMyIsInQiOiI3eHNSRGs1b3B3NGhJdVFJK3NVV1ExVHlHa2RNUDB3VjVZWlMrRDdsOEFZSGdKYnkyQWdFdE5pWUl0UlFGUk1pS2JxdURoUGYwalZHODloMWtYMmM5eVlVRWlHVFdaRVRYZ3FlMzBGaVFFVVBzOEVacXFER0dLcGlVZ0ZOaHhrMyJ9
.

by Thomas Gallatin:  President Donald Trump announced Tuesday that he would be giving American farmers $12 billion to offset the cost of tariffs. The Leftmedia pounced, framing the announcement as Trump responding to a problem that just dawned on him. Wrong. This was part of a larger and longer strategy.

Most people have been counseled from a young age to accept the fact that life isn’t fair. But for Trump, this reality seems only to have propelled him into action rather than merely stewing in hopeless resignation. One of the biggest problems Trump is working to address is the long-running trade imbalance the U.S. has experienced with various nations, but specifically with China and the European Union. From the very beginning of his campaign, Trump railed against the raw deal the U.S. was getting with many of its biggest trade partners. For one thing, he pointed to increasing trade deficits that he argued hurt American workers in the manufacturing sector.
Trump’s focus on imbalanced trade deals may have been the primary factor for Rust Belt voters to swing these longtime dummycrats-Democrat strongholds into Trump’s column. He promised to bring jobs back and to make these Rust Belt manufacturing states great again.
The president’s agenda of deregulation and tax cuts has certainly jump-started the process. The economy is clearly speeding into action after eight years of stagnation. But for Trump, the problem is more than just over regulation and high taxes; he sees unfair trade deals as a major economic problem for the country — a problem he feels compelled to address. And for Trump, this is a problem worth going to war over — a trade war, that is.
Here is where many conservatives and Republicans part ways with Trump. He’s practicing economics like a dummycrats- Democrat, using the power of the state to pick winners and losers. He’s not acting like a free-market advocate but a protectionist who’s more than willing to intervene in the economy to suit his own agenda. And indeed much of that criticism is legitimate.
However, the question remains: Is the issue of growing trade imbalances a significant enough problem that it demands addressing? In other words, is doing something better than doing nothing? This is where the legitimate criticisms over Trump’s actions start to get fuzzy. How does one go about addressing and solving the real problem of American workers losing out to foreign trade deals that are intentionally stacked against them?
On Tuesday, prior to today’s scheduled meeting with European Commission President Jean-Claude Juncker and EU Trade Commissioner Cecilia Malmstrom, Trump stated, “I have an idea for them both. Both the U.S. and the EU drop all Tariffs, Barriers and Subsidies! That would finally be called Free Market and Fair Trade! Hope they do it, we are ready — but they won’t!” He was right to call them out.
Why won’t EU leaders agree to actual free trade? Because European nations, to varying degrees, are socialist states where the government provides increasing amounts of welfare for the citizenry. Much of the EU’s economy is fundamentally tied up by income redistribution, and heavy regulations are designed to create an environment where residents are dependent upon the state for their livelihoods.
Similarly, the Chinese economy uses some capitalist principles but is still ultimately controlled by the communist government. That government has long engaged in currency manipulation, intellectual property theft, and other nefarious economic practices in order to tilt the trade landscape in its own favor. Trump’s tariffs are designed to combat these abuses of the American worker and American business. Unfortunately, the consequence — which was not a surprise to Trump — is the inevitable retaliation by China and the EU, which are loathe to give up abusive practices. The Chinese are politically targeting American goods that most hit Trump’s base in an effort to weaken Trump. And one of the biggest Chinese targets is American agriculture.
Which brings us back to that $12 billion. To mitigate some of the consequences of this battle over trade, Trump announced $12 billion in government aid to American farmers. In so doing, Trump has invited the criticism not just of the Leftmedia but of many conservatives, who rightly view it as welfare and a band-aid for a self-inflicted wound. Yet he is also signaling to both China and the EU that he is serious about getting a level playing field. As Rabobank analyst Michael Every noted, “Trump is making clear with the subsidy that he isn’t going to back off. Rather, he’s settling in for a slug-fest economic war of attrition until he gets the deal he wants.”
Will Trump’s determination to balance the trade field pay off in the end? The answer to that question may determine his political future come 2020, if not sooner.