by Jonathon Moseley
{ americanthinker.com } ~ John Dean, notorious from the Watergate scandals of the Nixon Administration, blew a hole in the bottom of the Democrats’ boat in his much-anticipated testimony on June 10, 2019... It happened around time 6:11 PM EST after about four hours of John Dean's testimony alongside a panel of gushingly, enthusiastically left-wing former prosecutors. In response to a softball "How do you feel?" therapeutic question by a Democratic Congressman, John Dean detonated the entire charade sky high. The U.S. House Judiciary Committee led by Rep. scumbag liar-Jerry Nadler (D-NY) could not persuade Special Counsel Robert Mueller to come and testify in their Impeachment Show. The "Mueller Manifesto" written for Congress failed to deliver any grounds for legal action against President Trump, his campaign leadership, or his children. The public has mostly moved on and decided that the witch-hunt is over. Therefore, the Democrats -- desperate to make the voters care -- hauled in John Dean to do a "dramatic reading" of parts of the Mueller report. Just as more young people will watch the movie version of a book than will read the book, Democrats in Congress have actually admitted in cable TV show interviews that they want to dramatize the Mueller report so that the voters will understand it in their view and care. What the "Mueller Manifesto" needs, Democrats have all but admitted, is some Broadway razz-a-ma-tazz: A chorus line. Cheerleaders. Anything to try to get voters to listen. So on June 10, Chairman scumbag liar-Jerry Nadler convened a panel in a hearing titled "Lessons From The Mueller Report." The purpose of the hearing was to read on TV what you could read for yourself in the Mueller Manifesto. John Dean was flanked by two misleading former federal prosecutors and Heritage Foundation scholar John Malcolm, who just mostly agreed with the Democrats like a poodle wanting his belly rubbed. After four hours of the hearing, Congressman Lou Correa (D-CA) sympathetically asked Dean why he came in to testify after all he had been through in his life...  https://www.americanthinker.com/articles/2019/06/john_dean_blows_ho...
.
dinky-Warren’s Wealth Tax: Possibly Unconstitutional; Difficult to Administer

by Charles Fain Lehman and David Rutz
{ freebeacon.com } ~ Democratic presidential hopeful Elizabeth dinky-Warren's wide-ranging progressive platform is dependent in part on an "Ultra-Millionaire" wealth tax on the richest people in the United States... but questions about its efficacy and constitutionality make it a risky wager on which to stake her political future. The Washington Free Beacon analyzed dinky-Warren's wealth tax by speaking with experts about the difficulties of implementing such a plan in the United States, including whether it would pass constitutional muster. Even if passed by Congress, its implementation could all hinge on which assets dinky-Warren's government would target for those households under the tax's umbrella. What’s in Warren’s Wealth Tax And What Would It Pay For? A wealth tax is a direct tax on a person’s assets. This is distinct from an income tax, which is levied on the amount of income a person makes in a year; a sales tax, a tax on the value of a transaction; and a capital gains tax, a tax on the profit of the sale of certain assets. Each of these taxes is applied when money changes hands. A wealth tax, however, is levied on the amount of wealth a person has, or at least the amount they report to a taxing authority. Under dinky-Warren's proposal, all assets in excess of $50 million would be taxed at two percent annually, while assets in excess of $1 billion would be taxed at three percent annually. This means that in the first year of dinky-Warren’s tax plan, Jeff Bezos—net worth $148.5 billion—would pay about $4 billion in taxes on his wealth. The two UC Berkeley economists who designed the plan, Emmanuel Saez and Gabriel Zucman, estimate the tax would raise about $2.75 trillion over 10 years while affecting just 75,000 families—less than 0.1 percent of households. Compliance would be enforced through expanded funding for the IRS, mandatory audits for a share of wealth-tax targets each year, and a one-time tax penalty for any person who tries to renounce his citizenship to get out of paying the tax... 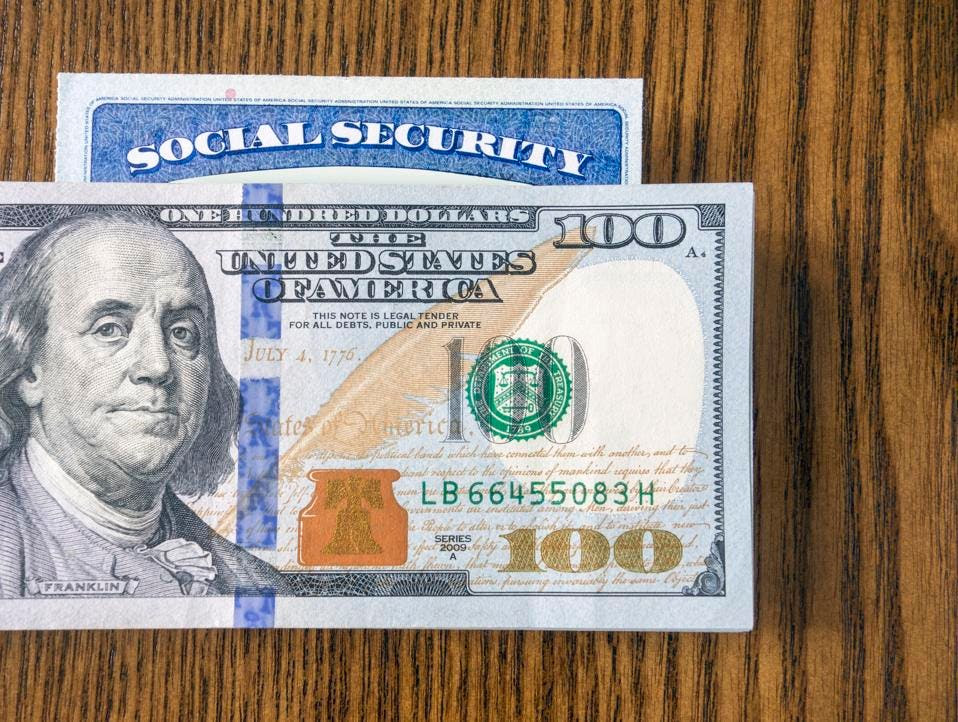 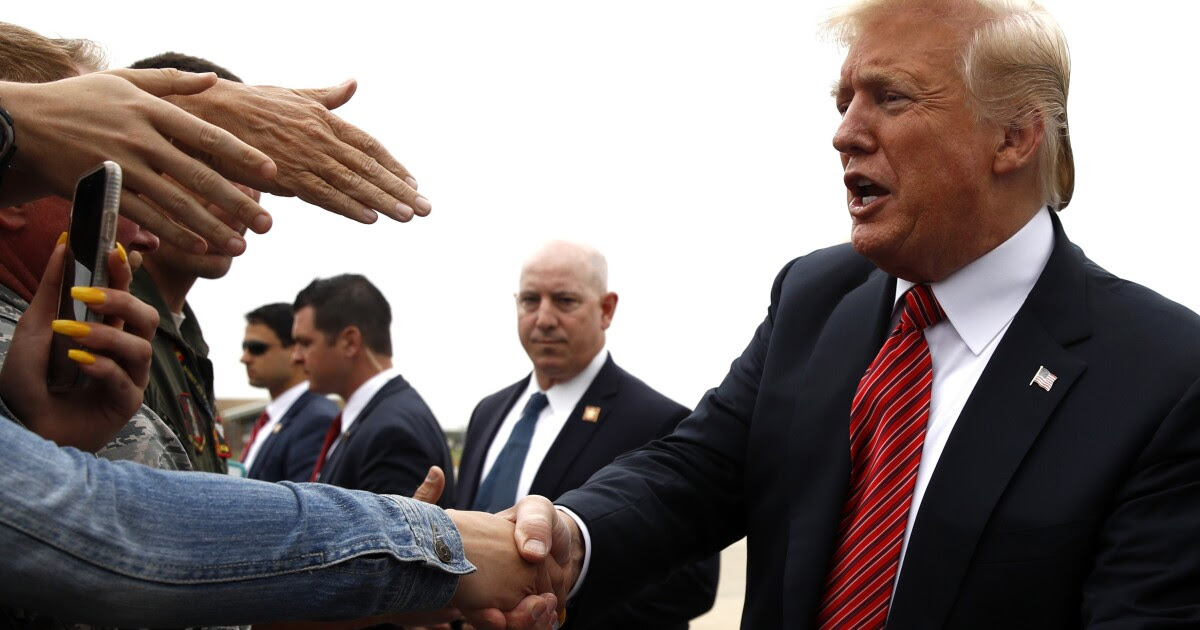 by Susan Ferrechio
{ washingtonexaminer.com  } ~ President Trump has asserted executive privilege over census 2020 materials the House Oversight Committee is seeking from the Justice and Commerce departments... The Justice Department informed the committee of the move as Democrats who lead the panel prepared to vote Wednesday to hold Attorney General William Barr and Commerce Secretary Wilbur Ross in contempt of Congress for refusing to supply the information. The move by the Justice Department is meant to make it easier for the Trump administration to prevail in court, which is where Democrats plan to take the case by voting on contempt.“These documents are protected by the deliberative process, attorney-client communications, or attorney work product components of executive privilege,” Assistant Attorney General Stephen E. Boyd wrote to scumbag-Cummings. Democrats want to know the motivation for including the citizenship question in the upcoming census. scumbag-Cummings said the documents they seek include a 2016 “secret study” by a now-deceased GOP political consultant that shows Republicans would benefit from including the citizenship question.
https://www.washingtonexaminer.com/news/congress/trump-asserts-exec...
.
Arabs' Nightmare: Absorbing Palestinians 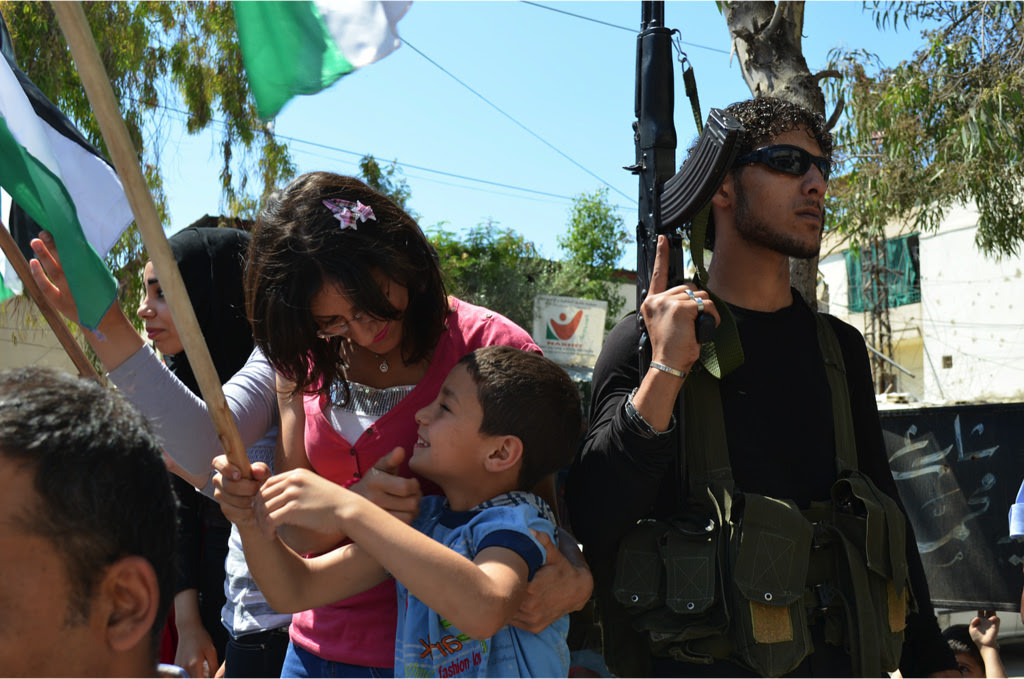 by Khaled Abu Toameh
{ gatestoneinstitute.org } ~ The Lebanese are worried that a new law for the management of Palestinian refugee camps will pave the way for the "resettlement" of hundreds of thousands of Palestinians in Lebanon... The prospect of "resettling" Palestinians is a nightmare that has been haunting the Lebanese for decades. Like most Arab countries, Lebanon has long treated Palestinians as second-class citizens. It has been depriving  them of basic rights, including citizenship, employment, heath care, education, social services and property ownership. The vast majority of the 450,000 Palestinians living in Lebanon do not have Lebanese citizenship. In 2001, the Lebanese Parliament passed a law prohibiting Palestinians from owning property, and Lebanese law also restricts their ability to work in as many as 20 professions. Lebanon continues to ignore calls by various human rights groups to the Lebanese authorities to end discrimination against Palestinians. A 2007 report by Amnesty International noted: "We urge the Lebanese to take immediate measures to eliminate all forms of discrimination against Palestinian refugees in order to enable them to exercise their economic, social and cultural rights on the same basis as the rest of the population of Lebanon. Continuing restrictions which deny Palestinian refugees access to their rights to work, education and adequate housing and health are wholly unjustified and should be lifted without further procrastination or delay." Instead of improving the living conditions of the Palestinians, the Lebanese seem to be brainstorming on how to rid themselves of their unwelcome Arab brothers... Where is Abbas to help his people.

Nate Jackson:  The Supreme Court declined to take up an interesting gun case on Monday, and the Leftmedia, as usual, is peddling fake news about it.

More on that in a minute. But first, this was not exactly the best case for any gun-rights proponent to push to the level of the Supreme Court. National Review reports the details: “The appeal came from Shane Cox, who owns a military-surplus store in Kansas, and Jeremy Kettler, who purchased a gun suppressor from him. The men were convicted under the [1934] National Firearms Act of failing to register the device but appealed the decision, saying the law infringes on their Second Amendment rights. The appeals court then ruled that a suppressor is not a ‘bearable’ weapon protected under the Second Amendment.”

However, the specifics are a bit murkier: “Kettler said he bought the suppressor to avoid further harm to his hearing, which was damaged while he served in the military. He said Cox had led him to believe that suppressors made and sold in the same state were not required to be registered.”

Now, we’d be the first to agree with Justice Clarence Thomas, who has in recent years complained that SCOTUS has ignored Second Amendment jurisprudence to the point of making it a second-class right. But breaking the law and then demanding it be overturned by the courts is not the strongest approach. Moreover, this is about accessories, not the firearms themselves, which makes it less than an airtight case. (To be clear, we absolutely oppose any ban on suppressors.)

The better and more fundamental case SCOTUS did agree to hear is one challenging a New York City law governing transport of firearms outside the home, so stay tuned.

Now, back to the media misinformation. Leftmedia outlets (and some conservative ones that should know better) insist on referring to suppressors as “silencers.” While these devices do attach to a gun barrel and slightly muffle the sound of a shot, they are a far cry from the fantasy fiction in Hollywood movies. You cannot attach a “silencer” to a gun and shoot another person in the next room without anyone hearing it. But by reminding people that the murderer in Virginia Beach last month used a firearm with a suppressor, the Leftmedia lead the ignorant to think a gun with a suppressor is somehow more deadly. That’s a lie.

It’s akin to the mendacious misnaming of semiautomatic rifles as “assault weapons.” Beware the Left’s manipulation of language.

On a final note, Virginia Democrat Gov. Ralph Northam wiped off his black face long enough to propose a ban on suppressors and “high-capacity” magazines (another leftist misnomer) after the Virginia Beach attack. And even President Donald Trump said last week that he will “seriously look at” a ban on “silencers” (his word) because “I don’t like them at all.” Maybe he should talk to his son, Don Jr., an advocate of the Hearing Protection Act to ease restrictions on suppressors.  ~The Patriot Post