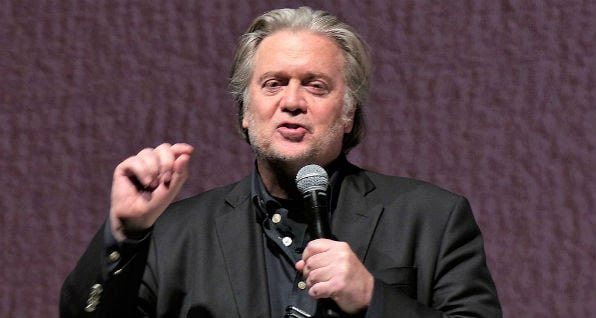 by wnd.com
{ wnd.com } ~ Former President Trump chief strategist Steve Bannon is taking his anti-establishment political activism across the Atlantic to battle the European Union... Along with Raheem Kassam, a former chief aide to British anti-EU leader Nigel Farage, Bannon has created a Brussels-based political organization intended to undermine and ultimately paralyze the EU, he told Reuters. Kassam said The Movement is “our clearing house for the populist, nationalist movement in Europe.” “We’re focusing attention on assisting individuals or groups concerned with the matters of sovereignty, border control, jobs, amongst other things,” he told Reuters. “We decided to headquarter out of Brussels because it is the heart of the European Union — the most pernicious force against nation state democracy in the West today.” Kassam said The Movement is already “a structured foundation with a significant annual budget and we have started to staff up.”...
https://www.wnd.com/2018/07/steve-bannons-new-mission-paralyze-e-u/
.
50,000 US Troops in Range of Iranian Weapons,
Regime Figure Wanted For Terrorism Warns Trump

by Patrick Goodenough
{ cnsnews.com } ~ As the Iranian regime responded to President Trump’s fiery warning tweet, one official issued a veiled threat against 50,000 U.S. troops within range of Iranian weapons... another reminded him of the rise and fall of empires, and a media mouthpiece envisaged the president facing divine retribution for threatening a country whose laws are based on Allah’s commandments. The regime also complained about a speech Secretary of State Mike Pompeo delivered at the Ronald Reagan Presidential Library in California on Sunday night, accusing him of interfering in Iran’s internal affairs. There was no official reaction to Pompeo’s  allegations of financial corruption against named senior officials and ayatollahs, including supreme leader Ayatollah Ali Khamenei. Trump’s tweet late Sunday night warned President Hassan Rouhani never again to threaten the United States, “or you will suffer consequences the likes of which few throughout history have ever suffered before.” “We are no longer a country that will stand for your demented words of violence & death,” he said in the all-upper case tweet. “Be cautious!”...   https://www.cnsnews.com/news/article/patrick-goodenough/50000-us-troops-range-iranian-weapons-regime-figure-wanted-terrorism?mkt_tok=eyJpIjoiTWpjNFkyWTJNRGt5TmpsbCIsInQiOiJONkhrdk9yeE1Kc0Z6VzdaQ0gzcXNrcHhLc3NVQ09qTDBBb052QUpLMnJZaW5EQ3NLTlFEa1cxVWpnQ1dKRHRcL0I3RmZyamdLenN6bTE1bTFKSlI3Z054dXkrVGFDdzdJT2JkRlc3YTBrR3RiTEV3cndwazF6N0sxbEhiRDVPbm8ifQ%3D%3D
.
The Great British Foreign Office Fantasy 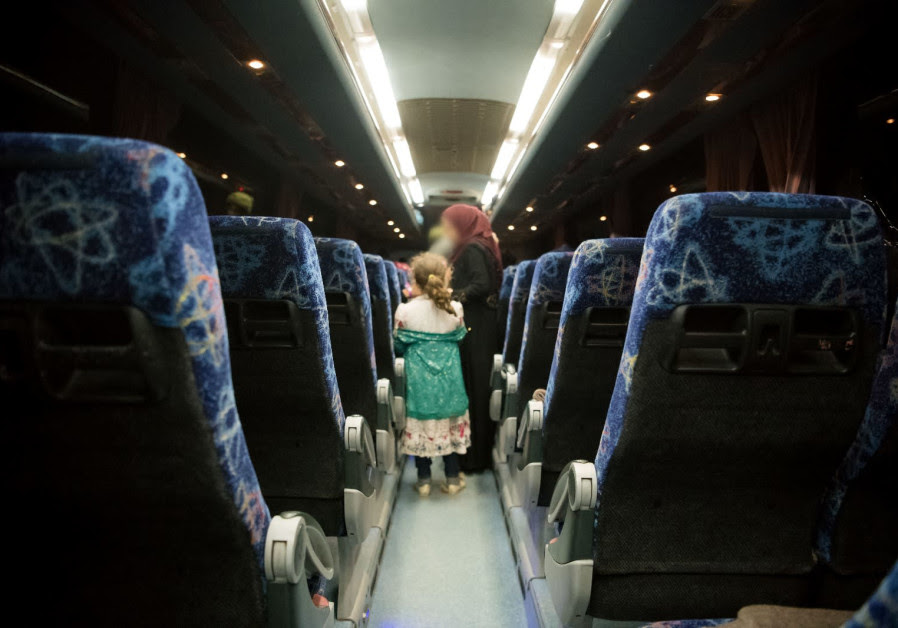 by Douglas Murray
{ gatestoneinstitute.org } ~ According to the British Foreign Office, the Golan Heights are 'occupied'. They have been 'occupied' -- according to the logic of the UK Foreign Office -- since 1967... when Israel took the land from the invading forces of Syria. Ever since then, the Israelis have had the benefit of this strategic position and the Syrian regime has not. This fact, half a century on, still strikes the British Foreign Office as regrettable, and a wrong to be righted in due course. Of course, since the onset of the Syrian civil war in 2011, the official position of the UK government has become ever-harder to justify. For example, if the Israeli government were at some point over the last seven years suddenly to have listened to the wisdom of the Foreign Office in London and handed over the strategic prize of the Golan, to whom should it have handed it? Should Israel be persuaded to hand over the territory to the Assad regime in Damascus? It is true that, throughout the course of the Syrian civil war, the one bit of territory to which the Syrian regime has laid claim and which it has not been able to barrel-bomb and otherwise immiserate the people there has been the Golan Heights. Only in the Golan has anybody in this 'Greater Syria' been able to live free from the constant threat of massacre and ethnic, religious or political cleansing. Other candidates for the territory naturally presented themselves across the same time-frame. The armies of ISIS came right up to the villages on the Syrian side along the borders of the Golan. There, they were able to bring that form of peace-through-barbarism which the world has come to know well. If ISIS had triumphed in the Syrian conflict rather than suffering repeated set-backs, would the UK Foreign Office have handed them the territory by way of reparational justice, or victor's prize?...
https://www.gatestoneinstitute.org/12755/golan-israel-white-helmets
.
Mexican President Delivers Incredible Letter
to Trump, Promises a ‘New Stage’ Leftists Will Hate 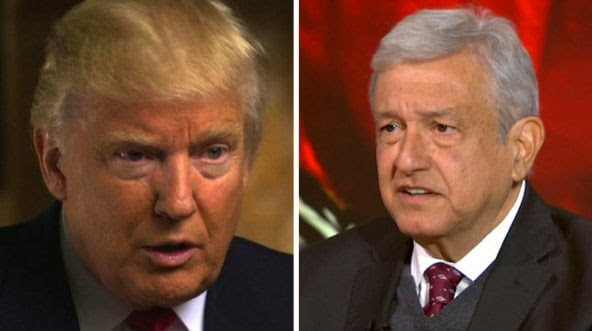 by SCOTT KELNHOFER
{ westernjournal.com } ~ Those on the left who have been furious with President Donald Trump’s stance on illegal immigration and border security... now have another country’s leader to scorn. And it’s not one you would expect. Andres Manuel Lopez Obrador, president-elect of Mexico, released a seven-page letter that he sent to Trump earlier this month in which he outlined how he hopes the two countries can work together to improve security at their border and discourage migration from Mexico. “There will be many changes,” he promised in the letter. “And in this new atmosphere of progress with well-being, I’m sure we can reach agreements to confront together the migration phenomenon as well as the problem of border insecurity.” Marcelo Ebrard, the president-elect’s proposed foreign minister, read a copy of the letter at a news conference with Lopez Obrador Sunday that said the incoming administration’s aim is to “start a new chapter in the relationship between Mexico and the United States, based on mutual respect.”...
https://www.westernjournal.com/ct/mexican-president-delivers-incredible-letter-to-trump-promises-a-new-stage-leftists-will-hate/?utm_source=Email&utm_medium=conservativebyte&utm_campaign=dailyam&utm_content=libertyalliance
.
San Francisco is a Sh*thole

by Frontpagemag.com
{ frontpagemag.com } ~ BIn this new video, Paul Joseph Watson discusses San Francisco is a Sh*thole, unveiling America's biggest public toilet... The video serves as a frightening reminder of what dummycrats-Democrats have done with every city they've run. Will yours be next? What is Pulosi doing to fix this? Nothing.   https://www.frontpagemag.com/fpm/270820/san-francisco-shthole-frontpagemagcom
VIDEO:  https://www.youtube.com/watch?v=ld6qYJe4pRs
. 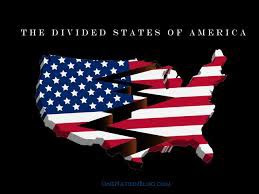 { tommclaughlin.blogspot.com } ~ He has become the symbol of a divided America. Donald Trump has saturated news for almost three years, but few in media ever expected him to win. They were shocked when he did, and coverage has been overwhelmingly negative ever since. In spite of that, his favorability ratings remain steady and even rise. Half of America supports him; half hates his guts. Our country is divided, and the split is widening. 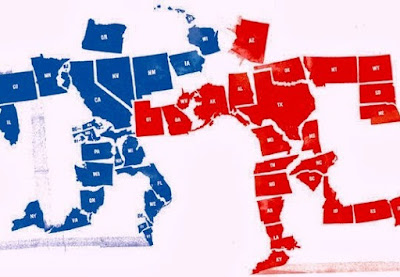 Half of America believes Russians interfered with our election to stop liar-Hillary and help Trump win. Though no evidence has emerged after two years of investigation by the FBI and the Justice Department, they insist it will eventually. The other half believes the FBI and the DOJ have themselves interfered with the election to help liar-Hillary Clinton and stop Trump — and are still trying to bring Trump down with a phony investigation. Evidence for that continues to grow. 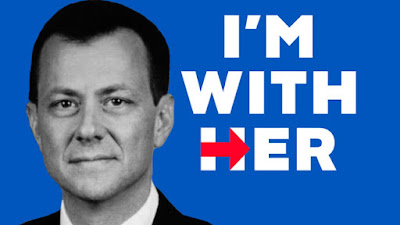 In the interest of full disclosure let me state that I voted for Trump, and if present trends continue I probably will again. 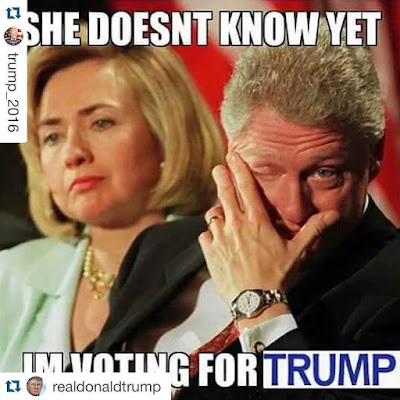 Never before was I reluctant to discuss politics with anyone, anywhere, but lately I’ve become reticent in certain circles. Conversation gets emotional when his name comes up and rational discourse becomes difficult. Many in western Maine and eastern New Hampshire know me as a conservative columnist, but not many in the Portland area know that. Down there I’m a closeted conservative. 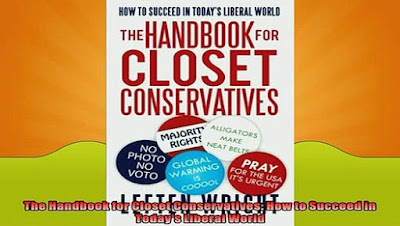 My closet door stays shut but I keep a peephole open. Sometimes I feel like anthropologist Jane Goodall observing the behavior of a related species from behind a screen. There are very few Trump stickers in South Portland where I spend a few days per week, and no “Make America Great Again” hats. Bernie stickers, liar-Hillary stickers, and liar-nObama stickers are everywhere. Also proliferating are rainbow flags as well as “=” signs of the Human Rights Campaign — the nation’s biggest homosexual lobbying group.

Every two months, a writers’ group would meet at the Salt Water Grille down the street from our house. At the first meeting after the election, the discussion was exclusively about President-elect Donald Trump — none of it positive. I was quiet until faces turned to me and I said, “ I voted for Trump.” Immediately, the guy sitting next to me said, “You’re an a**hole!” 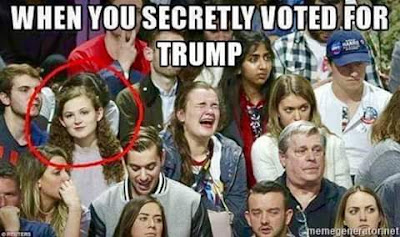 There was a time I would have reflexively responded, “Oh yeah? Why don’t we go outside and discuss it further?” That night, however, I just turned ninety degrees and looked at him. No one in the room talked for five seconds, but his outburst and my response made it clear who the a**hole was. His apology broke the silence. I kept looking at him for a few more seconds before saying, “Okay. I accept.”

My liar-Hillary interview
Then I told the group I had a fifteen-minute interview with liar-Hillary Clinton before the New Hampshire primary — and that she lied all the way through, so I couldn’t possibly vote for her. For the rest of the evening, I had a rational conversation about Trump with a retired art professor seated on my other side. 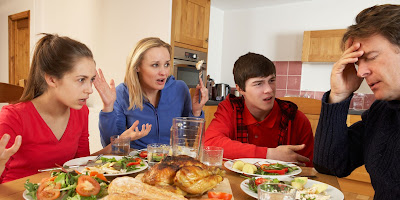 People capable of emotional detachment in political discussions report increased quarreling and less rational discourse. I’ve avoided talking politics with certain family members and the list got longer after the election. Like-minded relatives who are professionals report increasing polarization at their workplaces where they, too, stay closeted. We agree that Trump is a reflection of America’s divide rather than a cause of it.

Establishment Republicans like rino-John McCain, Paul Ryan, rino-Jeff Flake, scumbag-Bob Corker, and several others share a disdain for Trump with the entire dummycrats-Democrat Party and mainstream media. All shunned the Tea Party when it emerged eight years ago, though congressional Republicans pretended to accept new members elected by the Tea Party. After Congress absorbed what became the “Tea Party Caucus” without changing very much, middle America looked around for stronger medicine. 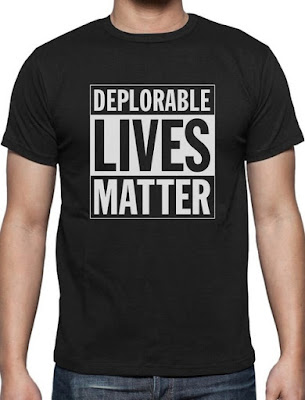 That set the stage for Trump’s run. dummycrats-Democrats and media at first disguised their scorn for him and his supporters, but after Trump got the Republican nomination liar-Hillary Clinton famously said: “You know, to just be grossly generalistic, you could put half of Trump’s supporters into what I call the basket of deplorables. Right? The racist, sexist, homophobic, xenophobic, Islamaphobic—you name it.” After Trump won, media dropped their pretense as well. What did Trump supporters do? They purchased “deplorable” T-shirts and wore them proudly. 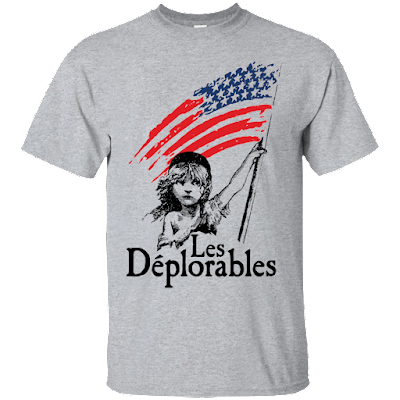 Former Tea Party activists who had become “deplorables” always knew elite politicians and media figures harbored scorn for them and were okay to finally have it out in the open. Lately, media calls them “a cult,” and reminiscent of mass suicides at Jonestown, Establishment Washington, and the coastal elites have escalated their divisive rhetoric, but none of it diminishes support for Trump. 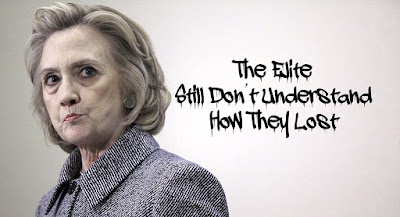 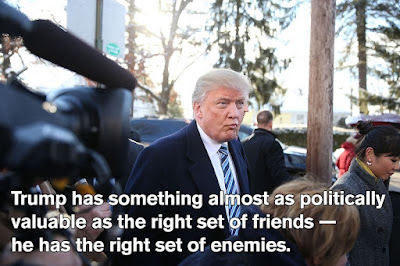 http://tommclaughlin.blogspot.com/2018/07/deepening-divide.html
E-mail me when people leave their comments –
Follow