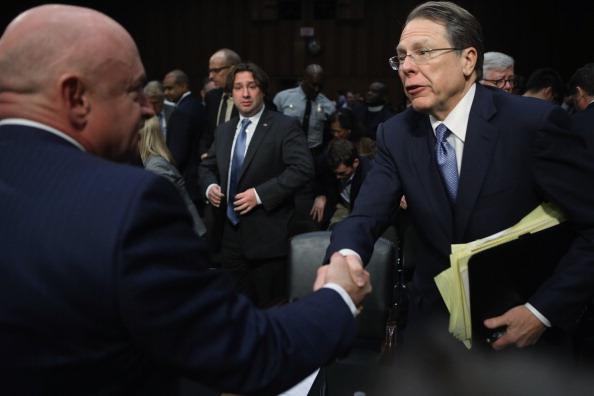 Legitimate gun owners and supporters of the U.S. Constitution’s Second Amendment have good reason to be outraged by Mark Kelly’s publicity trick to further gun control efforts in America. According to published Fox News reports, the former astronaut and husband of Rep. Gabrielle Giffords, a shooting victim 2 years ago in Tucson, Arizona purchased an AR-15-style rifle and a 45.-caliber handgun.

This comes on the heels of his highly publicized efforts in both Congress as well as in Colorado to assault the U.S. Constitutional rights of legal gun owners to own weapons. In fact, his comments which he posted on Facebook, according to published reports seem disingenuous, when he states that people could easily buy similar guns at gun shows or over the internet without background checks.

The fact is, Kelly did actually do exactly what other law-abiding citizens in Arizona or any other state in the union have done beforehand. The Diamondback Police Supply gun shop where he reportedly purchased the weapons from, followed state law and had him undergo the mandatory background check.

Well, surprise, surprise he passed without any hiccups. So what was his point?

Many supporters of gun rights have weighed in on his open display of reactionary theater, by correctly pointing out that his entire stunt accomplished was to bring attention to his and his wife’s newly formed gun control organization named, Americans for Responsible Solutions.

It appears that the organization’s leader, Kelly, was actually seeking to create irresponsible reactions from fellow gun control sympathizers who would somehow rise up in hysteria and join up or gin up more donations to his national gun control cause.

What Kelly does not seem to want to accept, is that as tragic and woefully unfortunate the mass shooting of his wife and others on that horrendous day in the Tucson area shopping center, it was not performed by law abiding citizens going on a rampage.

Her attempted assassination was due to largely in part to relaxed mental health laws dealing with mentally unbalanced and severely disturbed individuals that the mental health system in Arizona and other states have not be responsible for.

Kelly, instead resorted to the quick, the easy, and the attention-headline grabbing techniques which are assured to raise the ire of mainstream media liberal heads. The goal of course is to place greater pressure on states like Colorado, which was recently caught up in a monumental gun control pitched battle in their democrat controlled state legislature. That highly restrictive gun control legislation has now been signed into law.  What states are next to fall victim?