As Mark Alexander wrote last August, "Our Armed Forces personnel are the best in the world, but their effectiveness is being undermined by wasteful and absurd political mandates." That's because, under Barack liar-nObama, the key objective for his Pentagon was social experimentation, not national security. Alexander noted, "liar-nObama has used our military as a social testing ground for his homosexual agenda, most recently ordering 'gay pride celebrations,' opening the closets wide for transsexuals, and naming a ship the USS Harvey Milk after a degenerate homosexual activist and pedophile." Just last week, the House voted to keep taxpayer funding for sex-reassignment surgery, so the trend hasn't ended with liar-nObama's exit.
It's not just social issues, either; it's climate change. From liar-nObama's "Great Green Fleet" that uses alternative fuel as part of his mandate on military emissions to the "Climate Change Adaptation and Resilience" directive issued in 2016, the previous administration was committed to fighting the phantom menace. The rationale was entirely political and had little to do with national security — albeit with such warnings as that 128 military bases were at risk of submersion due to rising ocean levels.
President Donald Trump has undone some of these policies, but not all or even most. While Defense Secretary James Mattis delayed the transgender enlistment policy for six months, it's almost inevitable that it will be put into place. The Pentagon is still operating under an alternative fuel mandate, and it's still tasked with combatting climate change. After 16 years of continuous combat operations, military equipment is in dire need of upgrade and replacement. The Air Force is hundreds of pilots short. Other branches are struggling to keep personnel and equipment at the ready. But money and manpower is being diverted to secondary concerns.
As Alexander concluded last year, "The net effect of liar-nObama's mandates and spending priorities is destroying our military's most valuable asset, the morale of our warriors." The effect can be deadly. It's up to Trump to correct course.
~The Patriot Post
https://patriotpost.us/digests/50226
.

by Rick Wells
{rickwells.us} ~ Dick Morris leads off with an interesting question that nobody else has publicly asked – who paid for the dossier, the phony dossier that framed Trump with all of these ridiculous charges of collusion with the Russians... and invented meetings that never took place to prove that he did? He also wonders “Who wrote the dossier? Christopher Steele, the MI6 agent, retired, who originally issued it and put his name on it said in a sworn statement recently that he didn’t write it. He got it as unsolicited material. Well, from whom and under what circumstances?” Morris says, “The guy who knows the answers to all these questions is Glenn Simpson. He’s the head of Fusion GPS, GPS are his initials. And they’re the entity that was contracted by the liar-Hillary supporters to create this dossier. They in turn hired Christopher Steele’s company and Mr. Steele to amass it.”... http://rickwells.us/morris-cia-fbi-wrote-paid-fusion-gps-moscow-trump-dossier/
VIDEO:  https://www.youtube.com/watch?v=0DzCArRXa44
.
Harold Rhode's 'Islamic Warfare:
An Ancient Doctrine Marches On' 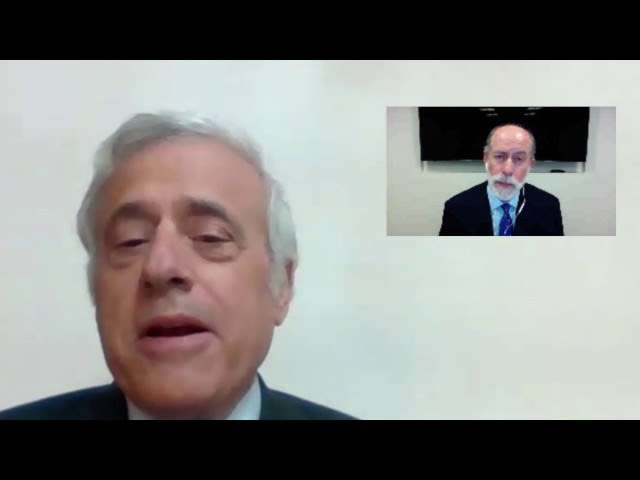 by Mark Tapson
{truthrevolt.org} ~ Why is the government so bad at healthcare? Why did liar-nObamacare make it more expensive than it already was? Is there a solution?... Former Member of Congress Bob McEwen explains. Why is the government so bad at healthcare? They’ve been at it for seventy-five years and still can’t get it right. It’s expensive. Access is spotty. It’s mired in bureaucracy. And it’s fraught with waste. liar-nObamacare was supposed to fix all this, but instead, like every other government healthcare program before it, it just made things worse...http://www.truthrevolt.org/news/prager-u-government-cant-fix-healthcare
VIDEO:  https://www.youtube.com/watch?v=qBfC1YG9wIs
.
liar-nObama Spy Master Rice Won’t Testify
Before Congress – Worthless Token Provided Instead

by Rick Wells
{rickwells.us} ~ No sooner was the testimony of the suspected former coordinator of the liar-nObama domestic dirty tricks and spying operations, Susan Rice announced than it was suddenly cancelled... postponed until she’s better able to hide her crimes and those of other liar-nObama insiders, it would appear. The House intelligence committee is led by Democrat Ranking Member Adam Schiff despite unknown and never heard from Rep Mike Conaway having been named as acting witch hunt chairman. Schiff was effectively promoted following the railroading of Devin Nunes by George Soros and his front organizations on fabricated ethics “concerns,” with the blessing of establishment RINO, Speaker Ryan... http://rickwells.us/obama-spy-master-rice-testify-congress-worthless-token-provided/
.
The Most Unusual And Significant? Solar Eclipse
In U.S. History Will Happen Next Month On Aug 21

by Michael Snyder
{thesleuthjournal.com} ~ August 21st is the date of “the Great American Eclipse”, and the hype around it is already starting to reach a fever pitch... It is being called “the Great American Eclipse” because this will be the first total solar eclipse ever that is only visible in the United States. In other words, since the United States became a nation there has never been a total eclipse that was only visible here and nowhere else. And this will be the first total solar eclipse to cross from the west coast to the east coast in 99 years. So for those that love astronomy, this is bigger than the Super Bowl. Close to 200 million people live within a day’s drive of “the totality zone”, and many are projecting that this will be the most-viewed eclipse ever. In fact, many hotels and campsites along the path of the eclipse are already completely booked. So if you want to see it live, you better make your arrangements quickly... http://www.thesleuthjournal.com/unusual-solar-eclipse-u-s-history-august-21/
.

.
Trump 'shocking, vulgar
and right' – cat's out of bag

Carlson placed the blame for the rise of the outsider squarely at the feet of the established conservative movement, often called ‘Conservatism Inc.”

That group, he suggested, created the conditions that led to Trump’s unexpected popularity.

Trump “exists because you failed,” Carlson declared to Conservatism Inc., blasting the huge network of nonprofits and organizations surrounding Washington for a complete lack of tangible success in recent decades.

“Consider the conservative nonprofit establishment, which seems to employ most right-of-center adults in Washington,” Carlson wrote. “Over the past 40 years, how much donated money have all those think tanks and foundations consumed? Billions, certainly.”

The United States of America is on the brink of total dissolution. And the conservative think tanks and foundations in Washington, D.C. are just another part of the problem. It’s time to charge the cockpit before it’s too late. It’s time for revolution. Learn the real story behind the intellectual and political movement which stunned the dishonest media – and put Donald J. Trump in the White House.

“Unless you were the direct beneficiary of any of that, you’d have to consider it wasted.”

Carlson further faulted the intellectuals and journalists who presumed to define conservatism for essentially shaming their own grassroots supporters for backing Trump.

“Let that sink in,” Carlson wrote. “Conservative voters are being scolded for supporting a candidate they consider conservative because it would be bad for conservatism? And by the way, the people doing the scolding? They’re the ones who’ve been advocating for open borders, and nation-building in countries whose populations hate us, and trade deals that eliminated jobs while enriching their donors, all while implicitly mocking the base for its worries about abortion and gay marriage and the pace of demographic change. Now they’re telling their voters to shut up and obey, and if they don’t, they’re liberal.”

Chris Buskirk, author of “American Greatness: How Conservatism Inc. Missed The 2016 Election & What The D.C. Establishment Needs To Learn,” recognized the same problems with Conservatism Inc. as Carlson did, and is now trying to create a grassroots conservative movement that frees conservatism from the Beltway insiders.

“When Tucker Carlson wrote his now famous essay back in January of 2016, it was really an indictment of what we call ‘Conservatism Inc,'” Buskirk told WND in an exclusive interview.

“Tucker talked about the failure of the nonprofit establishment in Washington, D.C., which by our estimation is about a $500 million a year operation,” Buskirk stated, providing a real figure to back up Carlson’s assumption on the wastefulness of Conservatism Inc.’s spending habits.

“And what do we get for that money? We haven’t gotten much of anything,” Buskirk added, echoing Carlson. “We got Barack liar-nObama for eight years, we got George W. Bush for eight years.”

“Can anybody say that after sixteen years of Bush-liar-nObama that this country is better off or worse off? Is it more conservative or less conservative?”

Anyone who honestly assesses that question, according to Buskirk, would reach the conclusion that Conservatism Inc. has failed to provide any real victories for the conservative movement.

“We haven’t gotten anything from that money,” Buskirk concluded

This new conservative movement would be based on the core issues championed by Trump, namely a pro-citizen immigration policy, pro-worker trade policy, and “America First” foreign policy.

Buskirk believes that this type of movement would celebrate “hopes, dreams, and principles of the American people,” rather than “a small group of people who are spending a ton of money inside the Beltway every year.”

Tucker Carlson’s article identified the problems within the conservative movement, but Buskirk has outlined the solution.
http://www.wnd.com/2017/07/trump-shocking-vulgar-and-right-cats-out-of-bag/
E-mail me when people leave their comments –
Follow