0
TheFrontPageCover
~ Featuring ~
The War That Never Ends
by Cal Thomas

by rickwells.us
{ rickwells.us } ~ liar-nObama’s second subversive, anti-American DHS Secretary, Jihadi Jeh Johnson... went on the Morning Joe program to shovel out a little disinformation and do some damage control over why the liar-nObama regime did nothing about the supposed Russian meddling in our election. What he doesn’t mention, for reasons that it would pull the rug out from under the Mueller witch hunt, is that it was an insignificant campaign that had no impact on the election or its results. Instead he plays the boogeyman card and claims the globalists made a calculated decision not to interject themselves. He’s referring to taking action publicly, where anyone would know what they were up to, FISA warrants and unmasking of Trump campaign officials excluded. They didn’t want to appear to be taking sides, says Johnson, although they were heavily engaged in such a program in support of liar-Clinton secretly... https://rickwells.us/johnson-timed-russian-hollywood/
VIDEO:  https://rickwells.us/johnson-timed-russian-hollywood/
.
Palestinians: Hamas and Fatah -
United against Trump 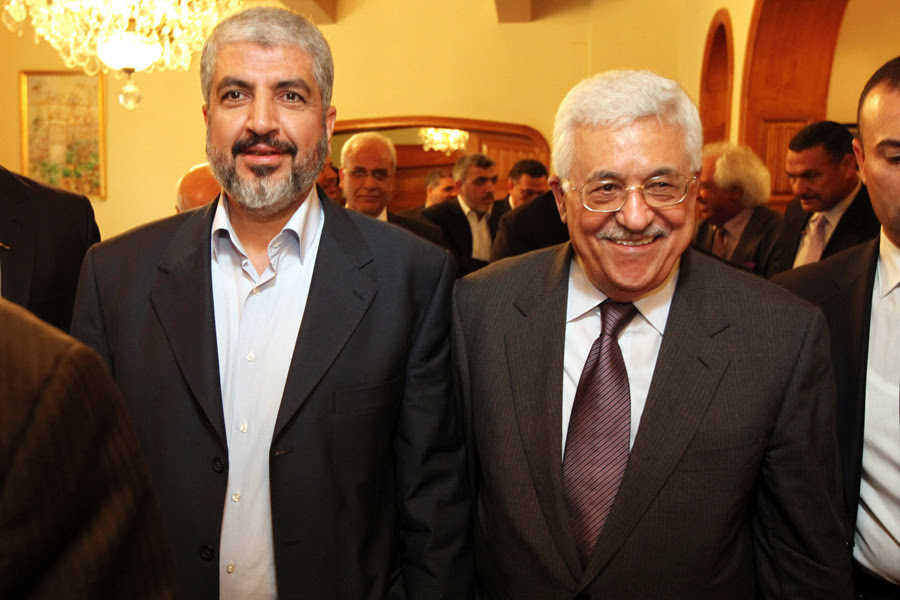 by Khaled Abu Toameh
{ gatestoneinstitute.org } ~ Hamas and Palestinian Authority President Mahmoud Abbas's ruling Fatah faction are continuing to contest control of the Gaza Strip... However, the two rival parties are prepared to lay aside their differences and work together to foil US President Donald Trump's plan for peace in the Middle East, the details of which remain unknown. Thwarting Trump's peace plan has become a top priority for Hamas and Fatah. This is a mission that seems to be much more important than alleviating the suffering of the Palestinians in the Gaza Strip, where 65% of families live under the poverty line. Although the details of the Trump plan still have not been made public, Palestinians across the political spectrum say they will never accept any peace initiative presented by the Trump administration. Whatever the peace plan will be, the answer is No...  https://www.gatestoneinstitute.org/11913/palestinians-hamas-fatah-trump
.
Media Wants to Ignore These Inconvenient
Facts About the Russian Indictments

by Andrew
{ conservativefreepress.com } ~ There are a few things about the indictments handed down by the Special Counsel’s office on Friday that the mainstream media seems determined to ignore... Perhaps that’s because to highlight these aspects of the document would be to admit that they’ve gotten the Russia/Trump narrative wrong for a long, long time. The first inconvenient fact of the indictments is that there is no allegation, as made crystal clear by Deputy Attorney General Rod Rosenstein, that anything Russia did during the election changed one vote in November. So even though it is obviously a serious issue if we have a foreign power trying to sway the results of our elections, let’s not go overboard and start believing that they had any material effect on the outcome. As a matter of fact, this is exactly what Putin and his team of oligarchs would love us to believe. It is, actually, what far too many people on the left DO believe. It’s time for a reality check, and these indictments provide one. The second inconvenient fact is that the Russians weren’t only “helping” Donald Trump. They were also helping Jill Stein and commie-Bernie Sanders, both of them darlings of the progressive left...  http://www.conservativefreepress.com/legal-scoops/media-wants-ignore-inconvenient-facts-russian-indictments/
.
Sanctuary Mayhem: ICE Shuts Down Liberal
Paradise… Arrests Hundreds of Illegals 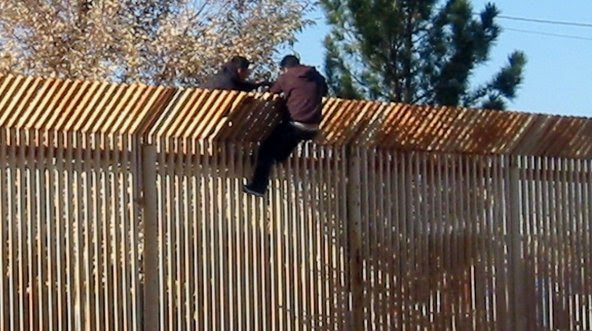 by CILLIAN ZEAL
An Immigration and Customs Enforcement crackdown on sanctuary cities has netted hundreds of illegal immigrants nationwide... including a number in Southern California. According to CNBC, ICE announced Friday that 212 illegals have been arrested as part of a five-day sweep in the Los Angeles area which has seen 122 businesses targeted. A similar raid in Northern California, including arrests in San Jose and San Francisco, happened just days beforehand.  Overall, according to the Los Angeles Times, over 500 people have been arrested and detained by ICE nationwide in the period of several days...  https://conservativetribune.com/sanctuary-mayhem-ice-arrests/?utm_source=Email&utm_medium=CTBreaking&utm_campaign=breaking&utm_content=conservative-tribune
.
LA's Homeless Tax Made Homelessness Worse

by Daniel Greenfield
{ frontpagemag.com } ~ The Los Angeles political establishment,
the media and everyone who listened to them insisted that raising taxes to spend... on the homeless was the answer. But subsidizing a social problem never works. L.A. County's homeless problem is worsening despite billions from tax measures Despite drilling a big hole in the boat, it continues to sink. Los Angeles County's homeless population is increasing faster than the supply of new housing, even with the addition of thousands of beds in the last two years and millions of dollars beginning to flow in from two ballot measures targeting the crisis. It's almost as if the problem worsens because you keep throwing money at it. Reasonable people would draw sensible conclusions. Lefties will just insist that more money needs to be spent until every single last homeless wanderer is living in Los Angeles...  https://www.frontpagemag.com/point/269372/las-homeless-tax-made-homelessness-worse-daniel-greenfield
.

.
The War That Never Ends 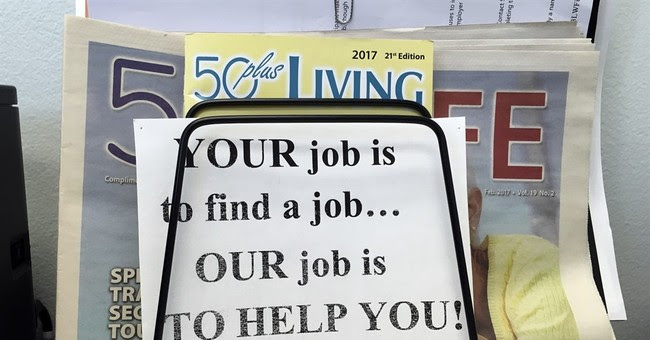 by Cal Thomas
{ townhall.com } ~ There is a war that has lasted longer than the one in Afghanistan. It is the so-called "war on poverty," launched by President Lyndon Johnson during his State of the Union address on Jan. 8, 1964.

While the poverty rate dropped from 17.3 percent to 11.1 percent in the ensuing decade, it has remained between 11 percent and 15.2 percent ever since, according to the U.S. Census Bureau. Interestingly, as Census figures show, the poverty rate had already begun to decline starting in 1959, five years before the LBJ initiative was announced.

Many conservatives have argued that anti-poverty programs have created a permanent underclass that has little motivation for doing what is necessary to raise them from poverty to independence. These include, among other things, two essentials: a decent education denied by the left, which opposes school choice, and a strong two-parent family unit.

In his budget proposal Monday, President Trump is asking Congress to cut certain entitlement programs that have arguably failed to motivate people to emerge from poverty and instead have subsidized and sustained many in poverty.

The Washington Post's reporting is typical of what the left has promoted for more than 50 years. It says the proposed budget "...takes a hard whack at the poorest Americans, slashing billions of dollars from food stamps, public health insurance and federal housing vouchers, while trying to tilt the programs in more conservative directions."

If the more liberal directions aren't working, why not try a more conservative direction? It was the late Jack Kemp, former congressman and secretary of the U.S. Department of Housing and Urban Development, who best addressed the conservative and most compassionate approach to ending poverty when he said: "Conservatives define compassion not by the number of people who receive some kind of government aid, but rather by the number of people who no longer need it."

That should be the goal of most federal programs and not just the ones addressing poverty. They should be measured by a standard of success, not seen as permanent entitlements into which increasing amounts of money is poured.

I recall an experience I had a few years ago in Singapore where I asked a taxi driver about that country's poverty rate. At the time, he said it was less than 2 percent. I asked how that was possible. He replied that Singapore has no welfare. The government will help the truly needy, but if one is able-bodied and doesn't work, he said, that person gets nothing from the government. The threat of an empty stomach is a prime motivator to find a job and take care of one's self.

That has been the missing ingredient in America's broken welfare system. Programs need to be reformed and the approach to poverty re-imagined, and not just by the government, but also by those who are stuck in poverty, believing there is no way out.

President Trump's budget proposal offers an opportunity to open a new front in the anti-poverty campaign, one that has the potential for success. It worked once before when President liar-Bill Clinton and then-House Speaker Newt Gingrich forged what was called the "Personal Responsibility and Work Opportunity Reconciliation Act of 1996." The left screamed that people would starve. They didn't. In fact, many found jobs and discovered they no longer had to rely on government. That produced then and can produce again a sense of self-worth that is necessary for the improvement of any life.

https://townhall.com/columnists/calthomas/2018/02/15/the-war-that-never-ends-n2449234?utm_source=thdaily&utm_medium=email&utm_campaign=nl&newsletterad=
E-mail me when people leave their comments –
Follow