0
TheFrontPageCover
~ Featuring ~
Slouching Towards a Police State
by Arnold Ahlert 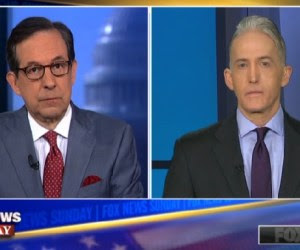 by Matt
{ thepoliticalinsider.com } ~ Trey Gowdy appeared on “Fox News Sunday” to discuss the new revelations from the FBI’s FISA warrant application that was used to spy on Trump associate Carter Page among other subjects... The FISA application more or less confirms every suspicion that conservatives had. Within the first few pages of the application, it’s confirmed that the FISA application relied heavily on information from British spy Christopher Steele’s infamous anti-Trump dossier. Steele is referred to throughout the application as “Source 1.” So in other words, it was a foreign spy meddling in our election that the FBI used to justify spying on Carter Page, on the basis that Page was acting with foreign powers to meddle in our election. A bit ironic, but also disturbing, because it shows that the FBI was influenced by liar-Clinton-funded partisan research. As you may remember, it was Fusion GPS funding Steele’s dossier, which received funding from the  liar-Clinton campaign, dummycrats-DNC, and liar-nObama’s “Organizing for America.” And for all the research that’s gone into Trump’s alleged collusion with the Russians, whether it be Steele’s dossier, the FBI’s counterintelligence operation, or the Mueller Special Council which is a continuation of the FBI’s counterintelligence operation, has there been anything to show for it? Not a single indictment of anyone related to the Trump campaign stemming from the Mueller Special Counsel actually has to do with Russian collusion. Paul Manafort and Rick Gates were indicted on tax evasion and money laundering charges, while George Papadopoulos and Michael Flynn lied to the FBI...
https://thepoliticalinsider.com/gowdy-trump-innocent-russian-collusion/?utm_medium=email&utm_source=critlcalimpact&utm_campaign=TPI_Morning_Newsletter_7_23_2018&utm_content=4b4ea4948726422aa6473c7b9fa19141&source=CI
VIDEO:  https://www.youtube.com/watch?v=iBXvE2atQio
.
Losing America

by John Scotto
{ americanthinker.com } ~ Not too long ago we as a people could generally agree upon a certain set of core values. Today a smaller majority of the American people still believe in the US Constitution... and many people are starting to lose focus on the things that really matter the most. When did certain members of our society all of sudden become selective regarding the laws they wished to be enforced? When exactly did some US citizens lose their basic instinct for survival? Sadly, we now have a substantial force within the dummycrats-Democratic Party who currently advocate and even believe in wide open borders and illegal immigration. When did the acceptance of such a lawlessness become a norm? When did the people who actually make it a point to stand up for the rule of law and who believe in securing our borders suddenly become the enemy? Can a sovereign nation without a secure border, without a common language, and soon without a common culture survive? The dummycrats- Democratic Party's leadership not too long ago believed illegal immigration was wrong. Why have their minds now suddenly shifted? Has importing a new dummycrats-Democrat voter base into this nation become just too appealing an idea for them not to take advantage of?  A voter base which would be beholden to big government from cradle to grave. A voting bloc of people that would cast their votes depending upon what government could provide them...   https://www.americanthinker.com/articles/2018/07/losing_america.html
VIDEO:  https://www.youtube.com/watch?v=1AVvdCyeQfI
.
Israel in Crisis Mode as Assad Regime
Forces Reach Golan Border

by Yochanan Visser
{ israeltoday.co.il } ~ While the Israeli army was busy saving the lives of 800 members of the Syrian rescue organization "White Helmets" this weekend... the Russian-Iranian-backed Assad regime forces mercilessly pounded the last pockets of resistance in the Yarmouk Basin. The Yarmouk Basin straddles the border with Israel and Jordan on the southern Golan Heights. The heavy Russian bombardments on the local ISIS branch Jaish Khalid Ibn al-Walid were audible throughout north-eastern Israel and started on Saturday evening. The London-based Syrian watchdog organization Syrian Observatory for Human Rights claimed the Russian air force carried out between 120 and 130 airstrikes against the Islamic State affiliate which refused to be part of a new surrender agreement between the Assad regime and other Islamist rebel groups on the Golan Heights...
http://www.israeltoday.co.il/NewsItem/tabid/178/nid/34463/Default.aspx
.
Iranian Regime in Desperate Situation

by clarionproject.org
{ clarionproject.org } ~ The situation in Iran is getting serious for the mullahs, according to Clarion Intelligence Network director and Shillman Fellow Ryan Mauro... That might only worsen come November 4, he explains in this TV interview. Mauro points to the widespread protests particularly over water shortages and the possibility of additional sanctions. While the current American policy is not in favor of a push for regime change in Tehran, he believes there are underlying signs in that direction.   ttps://clarionproject.org/mauro-iranian-regime-in-desperate-situation/
VIDEO:  https://www.youtube.com/watch?v=JiaIGZ1NHbY
.
In a first: Israel fires two David Sling interceptor missiles 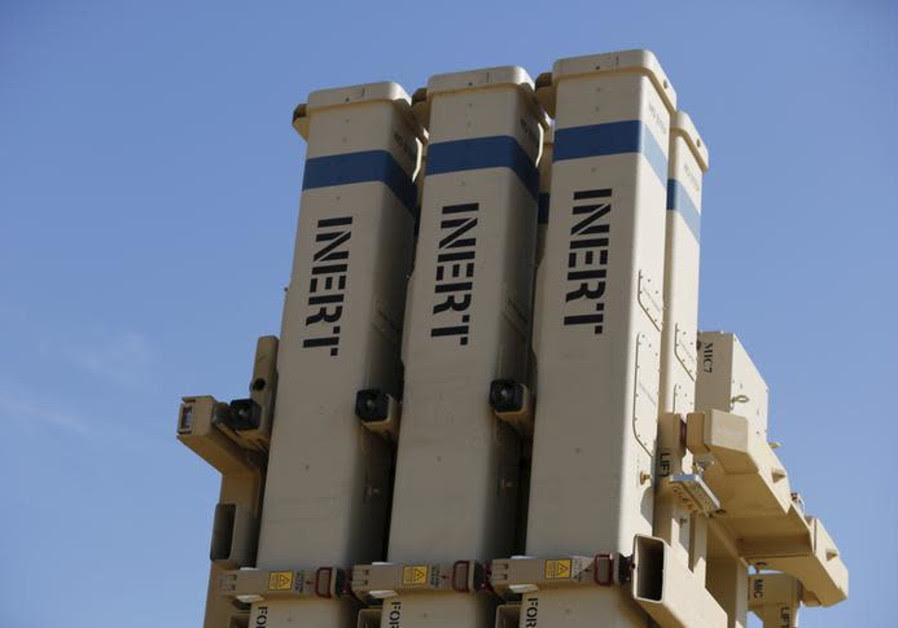 by ANNA AHRONHEIM
{ jpost.com } ~ Israel used it’s David Sling interceptor system for the first time on Monday... firing two missiles against SS-21 Tochka tactical ballistic missiles launched from Syria as part of the internal fighting in the war-torn country. The SS-21 ballistic missiles, which carry a half-ton warhead, were detected by Israel’s aerial defense system when they were fired from south-eastern Syria, and the decision to intercept them was made by the IDF when it was believed that their trajectory would see them fall near the Kinneret in northern Israel. It is not clear at this stage of the  investigation whether the first missile, which seemed to be heading towards Israel, was intercepted by the David Sling. The second SS-21 missile fell one kilometer from the border with Israel. The defense establishment is currently investigating the event in order to determine whether the use of the system could be defined as a success. Incoming rocket sirens sounded across in northern Israel Monday morning, first in the northern city of Safed and the Galilee region at 10.05 a.m. and moments later in the Golan Heights and the city of Katzrin. Sirens wailed again the Galilee and Golan less than half an hour later...  https://www.jpost.com/Arab-Israeli-Conflict/In-a-first-Israel-fires-two-David-Sling-interceptor-missiles-563179?utm_source=newsletter&utm_campaign=23-7-2018&utm_content=in-a-first-israel-fires-two-david-sling-interceptor-missiles-563179
.

Slouching Towards a Police State

by Arnold Ahlert:  “Let me tell you: You take on the intelligence community — they have six ways from Sunday at getting back at you.” —Sen. Chuck clown-Schumer (D-NY) , Jan. 3, 2017