.
Rep. scumbag/liar-Schiff Says GOP Is Stopping
A ‘Fair Trial.’ Here’s How He Conducted Himself During House Impeachment Proceedings

by CHRIS WHITE
{ dailycaller.com } ~ Rep. scumbag/liar-Adam Schiff said Wednesday that Republicans are getting in the way of a fair impeachment trial... but the California lawmaker was singing a different tune during House proceedings.  “This time has given us the ability to show the American people the necessity of a fair trial, to expose the degree to which Senate Majority Leader Mitch McConnell is working hand-in-hand” with President Donald Trump to turn the trial into a “sham,” scumbag/liar-Schiff, a Democrat, said at a press conference. scumbag/liar-Schiff’s comments come as the House transfers impeachment articles to the Senate. His comments also come after he spent the bulk of a House impeachment hearing stifling questions from Republicans.    https://dailycaller.com/2020/01/15/adam-schiff-donald-trump/?utm_source=&utm_medium=email&utm_campaign=11623
VIDEO:  https://www.youtube.com/watch?v=2Gej5nsHi0o&feature=emb_title
.
Minority Leader Kevin McCarthy Blasts
Impeachment Effort During Floor Speech

by sundance
{ theconservativetreehouse.com } ~ As the House debated the fiasco of their vote to submit two articles of impeachment to the Senate chamber, House Minority Leader Kevin McCarthy rises in opposition:   https://theconservativetreehouse.com/2020/01/15/minority-leader-kevin-mccarthy-blasts-impeachment-effort-during-floor-speech/
VIDEO:  https://www.youtube.com/watch?v=3qy-oETFBJ4&feature=emb_title
.
In milestone, Israel starts exporting
natural gas to Egypt 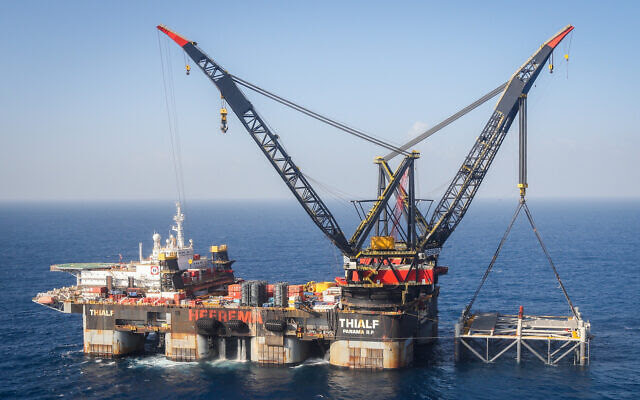 by timesofisrael.com ~ Israel has started pumping natural gas to Egypt from two massive offshore fields, marking a major milestone and a historic cooperation between the countries... according to a joint statement. The move comes shortly after natural gas started flowing from the massive Leviathan gas field, and some seven years after Israel starting pumping gas from the nearby Tamar field. Energy Minister Yuval Steinitz last month signed permits for the export of gas to Egypt, calling it “a historic milestone for the State of Israel.” On Wednesday, Steinitz heralded “the start of the most significant cooperation ever between Israel and Egypt, in energy and the economy, since the peace treaty.” Jerusalem’s and Cairo’s energy ministries issued the rare joint statement on Wednesday morning, calling the move “an important development that will serve the economic interests of both sides. “The step will both enable Israel to export some of its natural gas to the region via Egypt’s gas liquefaction plants, and promote Egypt’s status as a regional gas hub,” the statement said. Steinitz and Egypt’s Petroleum Minister Tarek El-Molla were set to formally announce the move Wednesday at a meeting of the Eastern Mediterranean Gas Forum (EMGF), the statement added...   https://www.timesofisrael.com/in-milestone-israel-starts-exporting-natural-gas-to-egypt/?utm_source=The+Daily+Edition&utm_campaign=daily-edition-2020-01-15&utm_medium=email
.
4 mortar shells fired from
Gaza at Israeli towns; no injuries 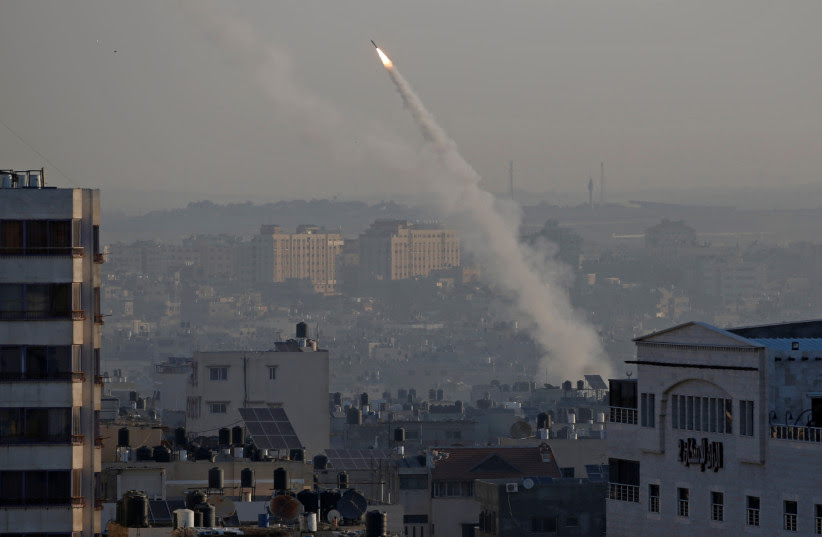 By JUDAH ARI GROSS
{ timesofisrael.com } ~ Palestinian terrorists in the Gaza Strip fired four mortar shells toward southern Israel on Wednesday afternoon, causing neither injury nor damage, the military said... Two of the incoming projectiles were intercepted by the military’s Iron Dome air defense system. The other two appeared to strike open fields in Israel’s Sha’ar Hanegev region, east of northern Gaza. The mortar attack shattered a period of relative calm along the border. “Four launches were detected from the territory of the Gaza Strip toward Israeli territory. Aerial defense soldiers intercepted two of the launches,” the military said in a statement. The attack triggered sirens in the Israeli communities of Sa’ad, Kfar Aza and Nahal Oz, sending hundreds of residents rushing to bomb shelters. The round of mortar fire came three days since alarms last sounded in Nahal Oz, apparently due to heavy machine gun fire from the coastal enclave...  https://www.timesofisrael.com/rocket-sirens-sound-in-israeli-towns-outside-gaza/?utm_source=The+Daily+Edition&utm_campaign=daily-edition-2020-01-15&utm_medium=email
.
‘Height Of Hypocrisy’: ICE Rips New York
For Not Turning Over Illegal Alien Now Accused
Of Killing 92-Year-Old Woman

by JASON HOPKINS
{ dailycaller.com } ~ The New York City Police Department is claiming that it never received an ICE detainer for an illegal alien who is now accused of murder... but the agency has since posted the detainer online for the public to see. A 21-year-old Guyanese national, who is living in the U.S. illegally, is accused of sexually assaulting and killing a 92-year-old woman in New York City. This isn’t the individual’s first foray with the law — he had been arrested previously for an alleged assault against his father. Immigration and Customs Enforcement ICE had placed a detainer with the man after his first arrest, but that detainer was apparently ignored. The individual, Reeaz Khan, was eventually released and now stands accused of a much more heinous crime.  The New York City Police Department is claiming it never received any ICE detainer following Khan’s previous arrest. The NYPD “did not receive an ICE detainer in regard to this individual” upon his arrest on Nov. 27, Sgt. Mary Frances ODonnell, a spokeswoman for the department, said in a statement.  However, it appears that ICE kept the receipts. In a social media post on Wednesday, the agency posted the detainer it lodged at the time, and included a blistering statement against NYPD. “It is the height of hypocrisy for NYC to blame ICE for this tragic crime. The mayor & police chief have continually celebrated that they don’t honor ICE detainers, & to deflect the criticism for this completely preventable murder is incredibly disingenuous & shameful,” ICE acting Matthew Albence said in a statement on Wednesday.  “ICE could’ve wallpapered the precinct with detainers & NYPD would still not have honored them,” he continued, highlighting the fact that it’s New York City policy to not cooperate with federal immigration authorities, particular when it comes to immigration detainers. NYPD arrested Khan in November after he allegedly assaulted his father. The Guyanese national is accused of jabbing his father with a broken ceramic mug during an altercation. ICE says it lodged a detainer for Khan on the same day of his arrest, but that request was ignored by the NYPD...   https://dailycaller.com/2020/01/15/ice-posts-immigration-detainer-of-reeaz-khan/?utm_source=&utm_medium=email&utm_campaign=11623
.
Palestinian Authority 'deeply concerned'
over Israel-Hamas truce deal 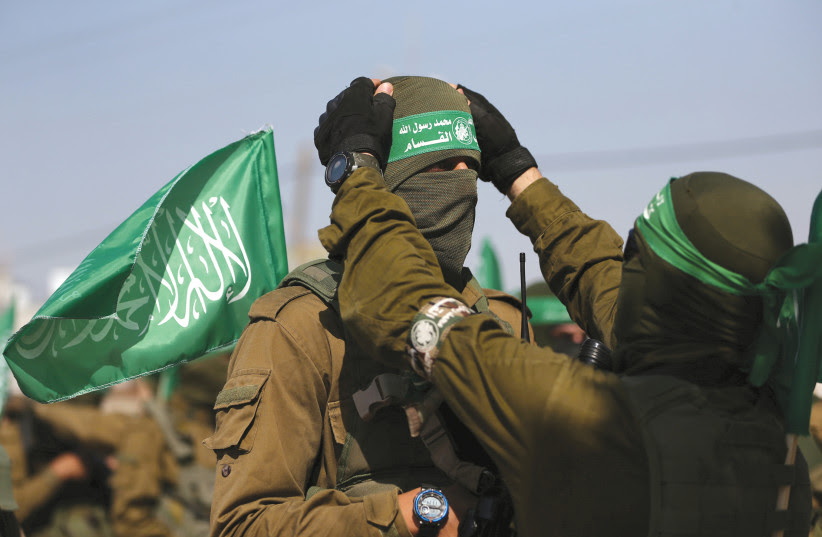 By KHALED ABU TOAMEH
{ jpost.com } ~ Palestinian officials in Ramallah have expressed deep concern over reports that Israel and Hamas are close to reaching a long-term ceasefire agreement in the Gaza Strip... The officials warned that Hamas was not authorized to conduct negotiations with Israel or any other party, particularly regarding the situation in the Gaza Strip.  The warning came as Hamas announced that Deputy Special Coordinator for the Middle East Peace Process, Jamie McGoldrick, returned to the Gaza Strip on Wednesday to pursue efforts to reach a long-term ceasefire deal with Israel. Shortly after the UN official arrived in the Gaza Strip through the Erez Border Crossing, Palestinians fired four rockets from the Gaza Strip into Israel. The IDF reported that two of the rockets fell in open territory, while two were intercepted by Iron Dome. It was not immediately clear who was behind the rocket attacks. In addition to the UN, Egypt and Qatar have also been working toward enforcing previous understandings reached between Israel and Hamas to achieve calm and ease restrictions on the Gaza Strip. According to various sources, Israel recently took some steps to ease restrictions on the Hamas-ruled coastal enclave. The measures, seen in the context of the indirect negotiations between Israel and Hamas over a long-term ceasefire, include expanding the fishing zone for fishermen and issuing thousands of permits for merchants from the Gaza Strip to enter Israel...
https://www.jpost.com/Israel-News/Palestinian-Authority-deeply-concerned-over-Israel-Hamas-truce-deal-614269
.

Media Editors:   https://www.youtube.com/watch?v=c_LgzHXHbho&feature=emb_title
.
What Is 'Fair'?