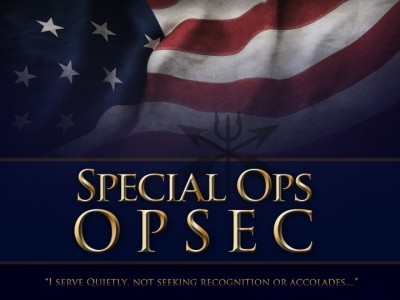 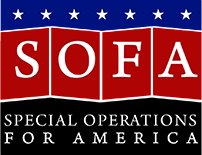 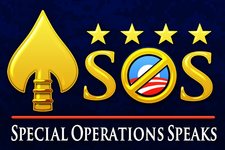 “WASHINGTON (Reuters) - A group of former U.S. intelligence and Special Forces operatives is set to launch a media campaign, including TV ads, that scolds President Barack Obama for taking credit for the killing of Osama bin Laden and argues that high-level leaks are endangering American lives.

Leaders of the group, the Special Operations OPSEC Education Fund Inc, say it is nonpartisan and unconnected to any political party or presidential campaign. It is registered as a so-called social welfare group, which means its primary purpose is to further the common good and its political should be secondary.

In the past, military exploits have been turned against presidential candidates by outside groups, most famously the Swift Boat ads in 2004 that questioned Democratic nominee John Kerry’s Vietnam War service.

The OPSEC group says it is not political and aims to save American lives. Its first public salvo is a 22-minute film that includes criticism of Obama and his administration. The film, to be released on Wednesday, was seen in advance by Reuters.

“Mr. President, you did not kill Osama bin Laden, America did. The work that the American military has done killed Osama bin Laden. You did not,” Ben Smith, identified as a Navy SEAL, says in the film.

“As a citizen, it is my civic duty to tell the president to stop leaking information to the enemy,” Smith continues. “It will get Americans killed.”

An Obama campaign official said: “No one in this group is in a position to speak with any authority on these issues and on what impact these leaks might have, and it’s clear they’ve resorted to making things up for purely political reasons.”

Obama has highlighted his foreign policy record on the campaign trail, emphasizing how he presided over the killing of bin Laden, as well as how he ended the war in Iraq and set a timeline for winding down the war in Afghanistan.

However, Obama has come under sharp attack from Republican lawmakers who have accused his administration of being behind high-level leaks of classified information.

They have pointed to media reports about clandestine drone attacks, informants planted in al Qaeda affiliates and alleged cyber-warfare against Iran that Republicans say were calculated to promote Obama’s image as a strong leader in an election year.

The president of Special Operations OPSEC Education Fund Inc, Scott Taylor, is a former Navy SEAL who in 2010 ran unsuccessfully for the Republican nomination for a congressional seat in Virginia.

Calling itself “OPSEC” for short - which in spy jargon means “operational security” - the anti-leak group incorporated last June in Delaware, a state that has the most secretive corporate registration rules in the U.S.

It also set itself up as a nonprofit organization under section 501©4 of the U.S. Tax Code, allowing it to keep donors’ identities secret. Spokesmen for the group declined to discuss its sources of financing.

In an interview, Taylor denied OPSEC had any political slant. He described the group as a “watchdog organization” but added that the current administration “has certainly leaked more than others.”

OPSEC spokesmen said the group has about $1 million at its disposal and hopes to raise more after the release of its mini-documentary, entitled “Dishonorable Disclosures,” which aims, in spy-movie style, to document a recent spate of leaks regarding sensitive intelligence and military operations.

Following the film’s release, OPSEC’s spokesmen said, the group expects to produce TV spots on the anti-leak theme that will air in a number of states, including Virginia, Florida, Ohio, Colorado, North Carolina and Nevada - key battleground states.

Fred Rustmann, a former undercover case officer for the CIA who is a spokesman for the group, insisted its focus on leaks was “not a partisan concern.” But he said the current administration had been leaking secrets “to help this guy get re-elected, at the expense of peoples’ lives.... We want to see that they don’t do this again.”

Chad Kolton, a former spokesman for the office of Director of National Intelligence during the George W. Bush administration who now represents OPSEC, also said the group’s message and make-up are nonpolitical.

“You’ll see throughout the film that concern about protecting the lives of intelligence and Special Forces officers takes precedence over partisanship,” he said.

Responding to criticism about the president taking credit for the bin Laden raid, an Obama campaign official pointed to an interview with CNN last month in which Admiral Bill McRaven, commander of the raid, said: “At the end of the day, make no mistake about it, it was the president of the United States that shouldered the burden for this operation, that made the hard decisions, that was instrumental in the planning process, because I pitched every plan to him.”

“I think Admiral McRaven knows more about the President’s role in the bin Laden operation than this group,” the campaign official said.

II. Video: STOP the politicians, President Obama and others, from politically capitalizing on US national security operations and secrets!-Posted on OPSECTeam.org-By OPSEC Team: XXIII. Veterans group vows to get to the bottom of 'autopen-gate'!-Posted on FoxNews.com-By Perry Chiaramonte-On August 31, 2012:

XXVIII. Ret. Commander at SEAL Team Six: “Someone had to take a stand” to defeat Obama!-Posted on SOFA-By WEBEDITOR-On September 22, 2012:

Note:  Please read “Special Ops Groups Slam Obama Over Bin Laden Bragging, Leaks! (Part 2)” that contains articles and/or blog posts and videos that relate to: 1) the security leaks; 2) President Obama taking credit for the killing of Bin Laden and getting slammed by SEALS for using them as ammunition in bid to take credit for Bin Laden killing during election campaign; and  3) the George Soros connection:

Note:  The following articles and/or blog posts reveal that the president is an Alinskyite, so steeped in the ideology of the seminal community organizer that he became a top instructor in Alinskyite tactics for other up-and-coming fifth-column radicals, whose single, animating ambition is to overthrow the capitalist social order, which they claim to see as racist, corrupt, exploitative, imperialist, etc. He also frames national security as a distraction from his more important work socializing our economy and thus knows that as long as he is tepidly supportive of a military mission, even one that neither aims to achieve nor can possibly achieve victory over America’s enemies, conservatives will not only overlook the slights, but will anxiously commend him and help the New York Times take the lash to those who won’t-You Decide:

Note: The following videos and article and/or blog post relate to this disturbing issue-You Decide:

Continue Reading My Following Blog Posts That Relate To This Disturbing Issue:

The Vetting: ‘Obama, Radical Islam and the Soros Connection’!

Is Shariah Law A Danger To Our U.S. National Security?

Is U.S. Negotiating with the Taliban? 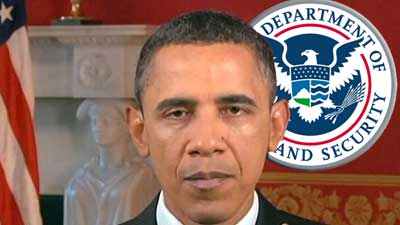 When Loving Your Country Makes You As A Domestic Terrorist!

Memorial Day 2012: Time To Remember The Price Of Freedom!

Progressives and Communists Are Out of the Closet Together!

Follow-up Letter to NM Governor Martinez Requesting The Removal of President Obama From The NM 2012 Presidential Election Ballot!-Posted on We The People USA-By Jake Martinez on August 26, 2012:

Follow-up Letter To NM U.S. Congressman Martin Heinrich Regarding My Request For Full-scale Investigation Into Allegations Made By Sheriff Arpaio’s Cold Case Posse!-Posted on We The People USA-By Jake Martinez-On August 26, 2012:

Follow-up Letter to NM Governor Martinez Regarding The Removal of President Obama From The NM 2012 Presidential Election Ballot!-Posted on We The People USA-By Jake Martinez on April 12, 2012:

Note:  Please consider supporting the Special Ops OPSEC Team cause for the sake of our Country/Republic.

What follows is their powerful OPSEC Team Mission Statement:

Note:  Please consider supporting the Special Operations For America (SOFA) cause for the sake of our Country/Republic.

What follows is a powerful message from SOFA Chairman Ryan K. Zinke, along with SOFA’s Mission Statement:

The evidence is compelling that it was the Commander-in-Chief and his administration that first confirmed SEAL Team SIX conducted the raid that killed Osama Bin Laden and then provided unprecedented access to classified CIA documents that detailed collection methods and operations. There can be no doubt that being the source of the leaks demonstrates a disregard for National Security and puts our troops at greater risk while jeopardizing our ability to conduct future operations. This week a former member of SEAL Team SIX who participated on the raid itself releases a book about his experience. Clearly, disclosing sensitive information to our enemies for political or monetary gain is worthy of prosecution. The problem the President faces is how can you hold a hero who was on the mission accountable for writing a book and not apply the same standard to himself as Commander-in-Chief for making a movie about the same event:

Note: Please consider supporting the Special Operations Speaks (SOS) cause for the sake of our Country/Republic.

We, as veterans, legatees, and supporters of the Special Operations communities of all the Armed Forces, have noted with dismay and deep alarm the recent stream of highly damaging leaks of information about various aspects of America’s shadow war in the overall War on Terror.  Our principles are the same as when we were in active service — Duty, Honor, Country.

Note:  Please consider supporting the Stand Up America US (SUA) cause for the sake of our Country/Republic.

Paul E. Vallely, Major General, US Army (Retired), is the founder of Stand Up America (SUA). What follows is a power message from SUA:

Conservative action groups agree that preserving our Constitution is one of the most critical issues facing our country. The Stand Up America Project is taking action. We are promoting the Bill of Rights through publishing articles in national newspapers, talking on radio shows, lectures, internet media as well as publishing and promoting Pro-American books.

Your contribution to the Stand Up America US Project supports the fight against the takeover of America. We track the war against this country’s enemies, at home and abroad; Bang for your buck: that’s what the Stand Up America US Project provides. Ammunition for the culture war: that’s what your contribution buys. So please act now and help us in the fight we are waging on many fronts for America’s future.

Give Me Back My America!

We Want Our Country Back!

Note:  If you have a problem viewing any of the listed blog posts, please copy website and paste it on your browser.  Sure seems like any subject matter that may be considered controversial by this administration is being censored-What happened to free speech?-You Decide.