by rickwells.us
{ rickwells.us } ~ We can imagine scum-Adam Schiff’s bobble-head exploding and his eyes bulging out past their sockets... with the latest news, but more likely it’s just the result he was working towards. President Trump has blocked the release of the Democrat memo due to classified information that was included by the Democrats. In keeping with their inherent tradition of blatant and rank hypocrisy, the contrived fear of the inclusion of classified documents was the very transgression Democrats falsely accused Republicans of in their attempt to keep the truth out of the public sphere. Writing to the House Intelligence Committee on Friday, White House counsel Don McGahn noted that President Trump was inclined to declassify the memo, he will not do so “at this time” because it contains “numerous properly classified and especially sensitive passages.”...  https://rickwells.us/trump-schiff-remove-secrets/
.
U.S. Secretly Negotiated with Russians to Buy
Stolen NSA Documents - and the Russians
Offered Trump Material, too 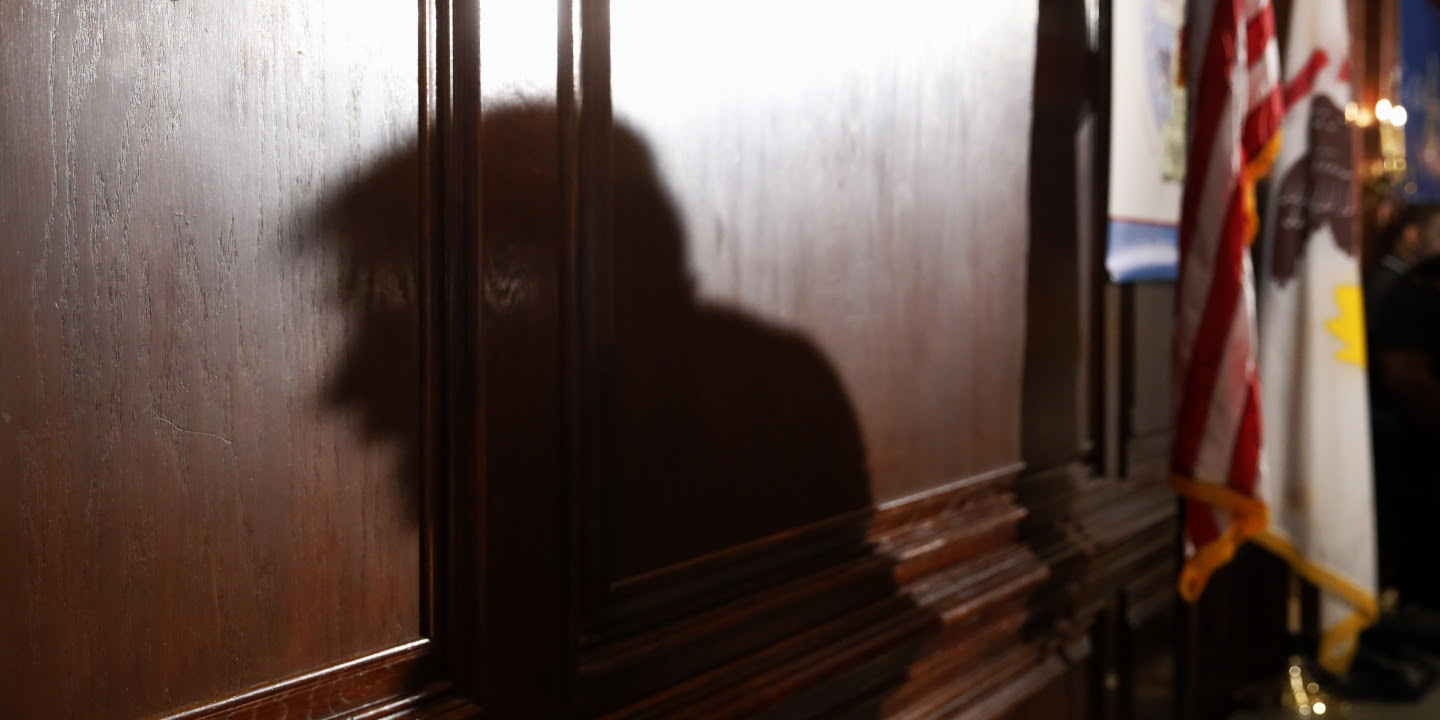 by James Risen
{ theintercept.com } ~ THE UNITED STATES intelligence community has been conducting a top-secret operation to recover stolen classified U.S. government documents... from Russian operatives, according to sources familiar with the matter. The operation has also inadvertently yielded a cache of documents purporting to relate to Donald Trump and Russian meddling in the 2016 presidential election. Over the past year, American intelligence officials have opened a secret communications channel with the Russian operatives, who have been seeking to sell both Trump-related materials and documents stolen from the National Security Agency and obtained by Russian intelligence, according to people involved with the matter and other documentary evidence. The channel started developing in early 2017, when American and Russian intermediaries began meeting in Germany. Eventually, a Russian intermediary, apparently representing some elements of the Russian intelligence community, agreed to a deal to sell stolen NSA documents back to the U.S. while also seeking to include Trump-related  materials in the package. The secret U.S. intelligence channel with the Russians is separate from efforts by former British intelligence officer Christopher Steele to obtain information about Trump and his ties with Russia. Steele worked with Fusion GPS, an American private investigations firm that was first hired by Republican and later Democratic opponents of Trump to dig up information on him during the 2016 campaign...  https://theintercept.com/2018/02/09/donald-trump-russia-election-nsa/?utm_source=The+Intercept+Newsletter&utm_campaign=7bb4cf3612-EMAIL_CAMPAIGN_2018_02_09&utm_medium=email&utm_term=0_e00a5122d3-7bb4cf3612-131896129
.
Republicans Begin a Spending Spree

by BRIAN RIEDL
{ nationalreview.com } ~ In Washington, empty rhetoric about fiscal responsibility is about to be swept aside by the reality of trillion-dollar deficits... Republican congressional leaders have announced a deal with Democrats to bust discretionary spending caps by nearly $300 billion over the next two years. Appropriations will rise by 13 percent this year. This is precisely the kind of inside-the-Beltway, big-government deal-making that Republicans won the congressional majority with a mandate to end...   http://www.nationalreview.com/article/456272/republicans-budget-deal-dawn-another-spending-spree?utm_source=heritagefoundation&utm_medium=email&utm_campaign=theinsider&mkt_tok=eyJpIjoiWWpBM01XRTRZV0V3TWpFeSIsInQiOiJ1TEVxcE9zMjR1ZE80dG9GSHRzbW5MQzBDdnhVeVNCY0Q5dTV3dXI2TFBlcW10ZFhuem1JeVVFdjFXS0hKMDlxWTZBRHByMm1kdnlaU1wvR0FMN2N6SzI2MUhuTmx0WmdCRDVuY3lySFRNVGQ5U3JcL1FuNGpOb3c1eG5RMGY0MVpWIn0%3D
.
Anti-Trump liar-nObama Judge
Signals Intent To Block Border Wall

by rickwells.us
{ rickwells.us } ~ An liar-nObama appointed District Judge, the same LaRaza-loving and supporting black-robed agitator that candidate Trump had a run-in... with over his being the one to rule on a suit against Trump University, has now declared that he has the singular authority to dictate US immigration policy to the rest of us based upon his ownership of a tainted, dirty black robe. Gonzalo P. Curiel, an anchor baby to his illegal alien squatter parents, takes his Hispanic ethnicity seriously, as a member of the San Diego LaRaza Lawyers Association, Hispanic National Bar Association, National Hispanic Prosecutors Association and Latino Judges Association. Curiel is set to announce next week whether or not  he will allow the President and federal government, supposedly the ones in charge of implementing our immigration policies and border protection, to construct a wall as President Trump has been trying to do ever since he was elected...  https://rickwells.us/trump-obama-judge-border-wall/
VIDEO:  https://www.youtube.com/watch?v=-8Iyg69gwnA
.
Remember the Russian Reset? Besides The
liar-Clintons Making Money, What Happened? 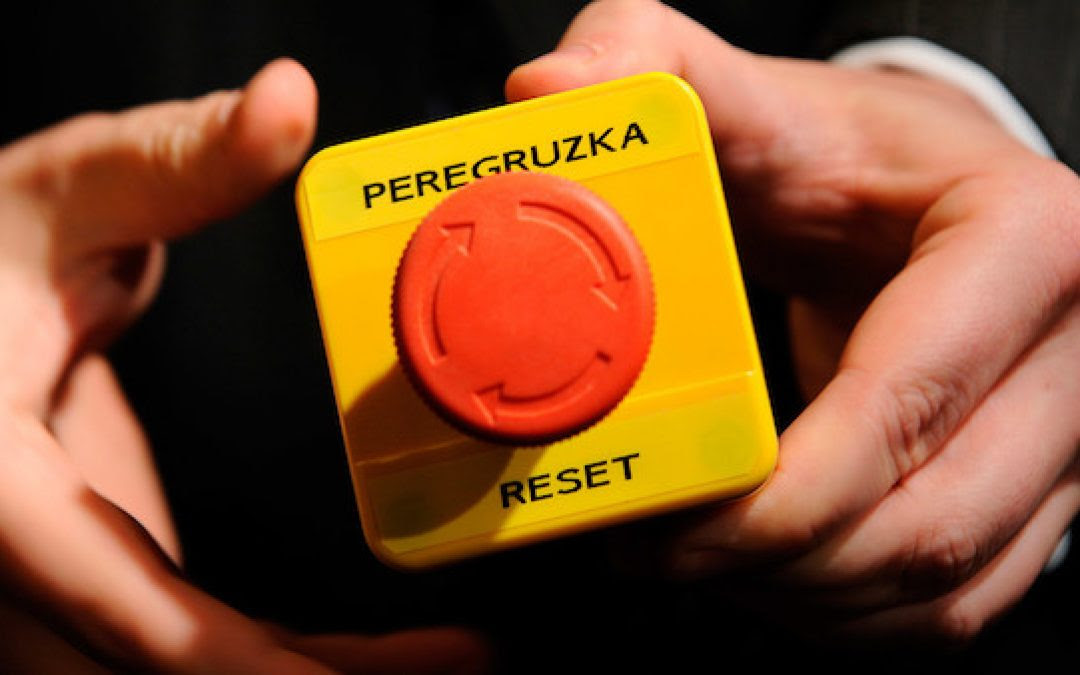 by Onan Coca And Jeff Dunetz
{ lidblog.com } ~ In the run-up to the 2008 presidential election, Democrat candidate Barack liar-nObama and his cronies spent a lot of time arguing... that the Bush administration had been too rough on the Russians. During his first term and into his second, liar-nObama bent over backwards to appease the Russians at every possible turn. His Secretary of State, liar-Hillary Clinton was put in charge of he Russian Reset and, even travelled to Moscow with a prop “Reset Button” in an effort to restart diplomatic relations with the Kremlin. Later, liar-nObama himself was caught whispering promises to Putin’s puppet, Dmitri Medvedev, if the Russians would only play nice. None of it worked. Then in 2012, then-incumbent President Barack liar-nObama mocked his GOP opponent, Mitt Romney, for daring to argue that Russia was our #1 geopolitical foe...  https://lidblog.com/what-happened-russian-reset/
.

by Michael Swartz:  Our federal budget process is supposed to go like this: The House comes up with a budget resolution and a dozen appropriation bills to fill it out, then passes them and sends them to the Senate, which does its job followed by any necessary reconciling between the bills. Then the budget moves along to the president, who signs it before the next fiscal year begins on the first of October. That’s how it’s supposed to work, anyway.

In practice, though, this annual exercise stumbles along between continuing resolutions as partisans from both parties hold the budget hostage to get what they want out of the deal. Recently, we were treated to the latest in a predictable series of government “shutdowns” that essentially amount to paid vacations for federal employees. Early this morning, after a brief midnight shutdown forced by Sen. Rand Paul (R-KY), who objected to the proposed budget’s spending increase, the House and Senate cobbled together the necessary votes and sent it to President Donald Trump for his signature. Both houses actually agreed to a two-year deal presented by Senate leadership, but they face another deadline of March 23 to hammer out the details.
“When the Democrats are in power, Republicans appear to be the conservative party,” Paul tweeted. “But when Republicans are in power, it seems there is no conservative party.”
Naturally, that long-term security comes with a big price tag — an additional $320 billion in deficit spending during that time period — but we finally get an increase in military spending after years of sequester-mandated cuts. In addition, the Senate deal eliminates some lingering liar-nObamaCare gems like the “death panels.”
Yet for all those guns, the Democrats have larded us up with a lot of butter. And the Republicans have gone right along. As The Wall Street Journal put it, “Democrats backed up the truck for funding on everything from community health centers to billions on child-care grants to $20 billion for infrastructure.” One example is the Children’s Health Insurance Program (CHIP), which leftists blasted the GOP for not immediately reauthorizing after it expired late last year. A recent six-year extension is now a decade-long boondoggle. Democrat demands for dollar-for-dollar parity with increased defense spending also netted them more money for infrastructure, and a relief from running up against our artificial debt limit until sometime next year.
“What happened to the Democrats’ ‘Better Deal?’” asks The Washington Post. “Check the spending bill.” Chuck clown-Schumer crowed, “This budget agreement shows that the Better Deal agenda is more than a set of ideas; now, it’s going to be real policies. It delivers on exactly what we laid out last year: rural broadband, child care and assistance with college tuition.” Good thing the GOP controls both ends of Pennsylvania Avenue!
That additional money spent on non-essential items in return for simply undoing cuts that arguably should never have been made to the (constitutionally mandated) defense of our nation is the part of the bargain that rankles some House Republicans — the ones who were elected by the Tea Party to fight against these types of deals.
“I am baffled why the Republican Party has turned into such a big spending party. It is one thing to spend money; it is another thing to spend money you don’t have,” lamented Rep. Mo Brooks of Alabama, who was elected in the initial 2010 Tea Party wave. Brooks vowed to be a “hell no” vote on the deal and was joined by several other fiscally conscious Republican stalwarts.
But Brooks and company seem to have missed the memo that deficit spending is back in style. And while it may goose the GDP rate slightly and makes individual members look better when they have some pork to share, the issue is that increasing interest rates will make this deficit spending even worse than it appears now. For their part, Democrats complained loudly about raising the deficit by $1.5 trillion over 10 years (a spurious number anyway) with the recently passed Tax Cuts and Jobs Act, but they’re now dead silent about similar amounts of deficit spending.
So this grand bargain, as well as the omnibus spending bill that will follow it in a few weeks once all the appropriations are ironed out, will be the product of centrist House Republicans joining with middle-of-the-road Democrats. Conservatives oppose this bill for its deficit spending, while far-left Democrats are enraged that it doesn’t include a resolution to the DACA issue. Those who may directly benefit from this largesse will be the big winners, but since all this was accomplished without a scintilla of meaningful entitlement reform — President Trump long ago promised not to touch Social Security or Medicare — our children and grandchildren will once again be big losers. Sad!   ~The Patriot Post
https://patriotpost.us/articles/54049-fiscal-hawks-go-on-leave