.
Democrats Threaten Our Happiness and Liberty

by E. Jeffrey Ludwig
{ americanthinker.com } ~ As we anticipate the Presidential election of 2020, we need to keep in mind that the Democratic Party is overwhelmingly aligned with left-wing positions... The prominence of commie-Bernie Sanders after decades as a maverick “Democratic Socialist” sitting on the sidelines and carping about our class struggle is a sign of the regressive politics of the Democratic Party. It is having flashbacks to the Socialists of 100 years ago under Eugene V. Debs, and the left-wing wet dreams of Henry Wallace and his ilk that broke with the FDR and Truman wing of the Democrats in 1948. They are opposed to the building up of faith, family, and freedom. Even the most centrist candidate of the Dems, loose lips liar-Joe Biden, is not really centrist, but simply appears centrist because he is a conforming sycophant whose greatest claim to fame is his survival in top positions for over four decades. He is glib, tends towards inappropriate comments, and, after 40+ years has no singular achievements except the title “Vice-President” after his name. However, he has revealed himself, under the most generous possible interpretation, as having lascivious tendencies towards female children as well as grown women. The Democrats thus are stepping out with statist ideas at a time when we need more freedom from intrusion into and control over our lives by governmental bureaucracies. The paperwork alone associated with healthcare, federal and state income taxes, the census, land use, and, as a result of Dodd-Frank legislation, even opening bank accounts, is mountainous and repulsive to freedom-loving individuals. We need restoration of the family, which is disintegrating right before our eyes. While only 5% of children were being born outside the marriage bond in 1960, that percentage for the past 4-5 years has been 40%, an 800% increase. Male and female identities are under attack, and sexual immorality proliferates, including sex trafficking, pornography, and pedophilia. The vast number of abortions suggests not only an epidemic of violence and cruelty, but that millions will go to any length to satisfy their underlying sexual lusts. And we need faith at a time when worship of God is either aggressively debunked by the left under Karl Marx’s rubric that religion is “the opiate of the people,” or is seen as a quaint anachronism appropriate merely for “bitter clingers”scumbag/liar-nObama. Statistics, systems, and social engineering threaten our liberty in the USA and throughout the world...  https://www.americanthinker.com/articles/2019/06/democrats_threaten_our_happiness_and_liberty.html
.
Britain's Back-Door Blasphemy Law 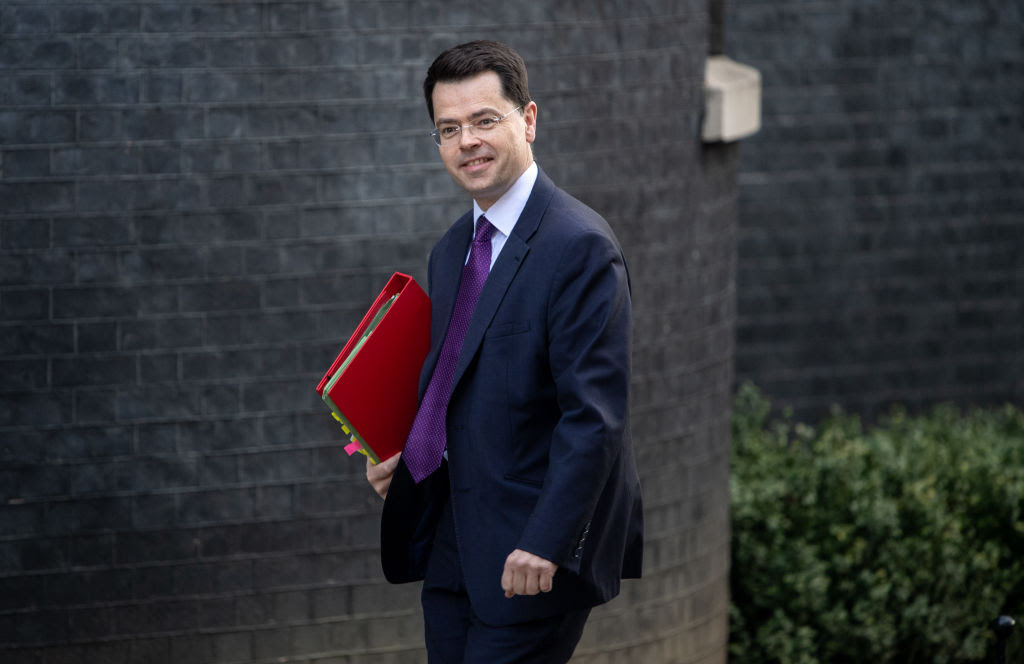 by Soeren Kern
{ gatestoneinstitute.org } ~ Days after the British government rejected its preferred official definition of Islamophobia, the Muslim Council of Britain, the biggest Islamic organization in Britain... called for the ruling Conservative Party to be officially investigated for Islamophobia. The dispute revolves around an effort by the All-Party Parliamentary Group (APPG) on British Muslims, a cross-party formation of around two-dozen MPs in the British Parliament, to institutionalize the definition of Islamophobia in racial rather than religious terms. The APPG, in a November 2018 report titled, "Islamophobia Defined," proposed the following one-sentence definition of Islamophobia: "Islamophobia is rooted in racism and is a type of racism that targets expressions of Muslimness or perceived Muslimness." The definition, the result of six months of consultations, was endorsed by hundreds of Muslim organizations, London Mayor Sadiq Khan, as well as several political parties, including Labour, the Liberal Democrats and the Scottish Conservatives. Proponents of the definition say that while it is true that Islam is not a race but a religion — a set of beliefs and ideas — and that Muslims are a set of believers from different races, ethnicities and nationalities, many Muslims experience prejudice, discrimination and a form of racism, which, they say, is structural. The director of the anti-racism think tank Runnymede Trust, Omar Khan, explained: "Defining Islamophobia as anti-Muslim racism properly locates the issue as one in which groups of people are ascribed negative cultural and racial attributes which can lead to a wide range of experiences, either as an unconscious bias, prejudice, direct or indirect discrimination, structural inequality or hate incidents."... The reason for this racial attributes is they are not welling to a-simulate to the rules of any country.
https://www.gatestoneinstitute.org/14351/britain-blasphemy-law
.
The Marxist ‘Liberation’ Hoax

by Anthony J. DeBlasi
{ americanthinker.com } ~ For at least a hundred years, Marxists and secular humanists have been redoing society and “making the world better” in ways that would never have worked had their scheming been known to the general public... Secretly, with foxlike stealth, their organizations and agents of change have succeeded in causing more than two generations of Americans to despise their country, its economic system, its heritage, undermining church teaching on what is right and what is wrong, and stoking enmity between men and women. Infiltrating media, the schools, the workplace, and the places of worship, they have relied on the general honesty, kindness, and good nature of people to, as scumbag/liar-nObama put it, “fundamentally transform America.” Had the major channels of information kept American citizens informed about what was going on behind their backs – something that is expected of investigative reporters – it would not have been possible to “transform America” from a free, sovereign nation into a building block for a collective world order run by self-serving elites with no moral compass and delusions of grandeur. The plans of Marxist and secular humanist utopians may differ in details but basic elements are shared: God is out, the state is in; the state owns the people, all property and assets, including scientific and intellectual property; people must be made to conform to the state models for behavior; non-compliant types that don’t convert must be eliminated; the new god – some version of “Big Brother” “Big Sister”? – replaces all other deities. The holy grail of the new order is politically adjusted “science.” The “sacred scripture” of the new order is Political Correctness, an orthodoxy that washes away the sins of common sense, originality of thought, freedom of action, and all competing human tendencies. Iron-fisted Marxists stuck to revolution and purges for takeover of populations. Velvet-gloved neo-Marxists and their secular humanist colleagues prefer infiltration, “education,” and shaming. The methods, whether hard or soft, sudden or gradual, are equally ruthless. They must be because the mission to pit the world and its inhabitants against their very substance and nature calls for action free of scruples. Where harsh force won’t work, subversion must be applied, so as to weaken resistance...  https://www.americanthinker.com/articles/2019/06/the_marxist_liberation_hoax.html
.
Trump Administration Asks Congress to Make Disrupting Pipeline Construction a Crime
Punishable by 20 Years in Prison 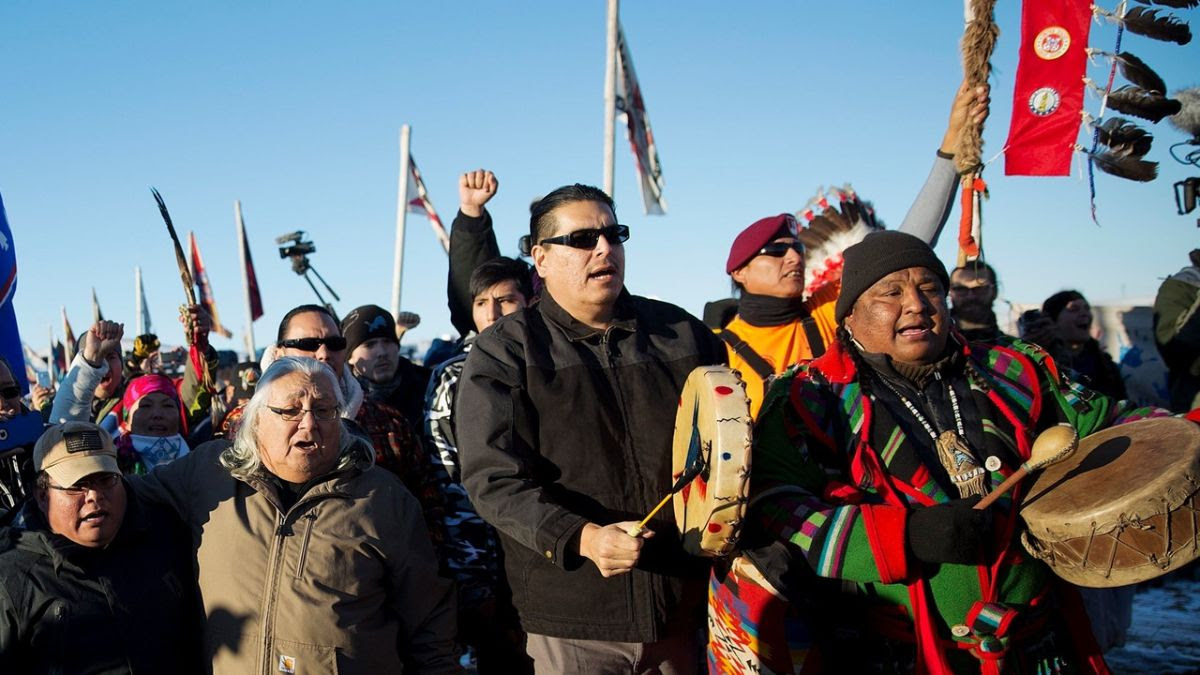 by Alleen Brown
{theintercept.com} ~ Legislation proposed by the Trump administration would prescribe up to 20 years in prison for “inhibiting the operation” of an oil or gas pipeline... or even conspiring to do so. Since Donald Trump was inaugurated, at least 17 states have introduced bills that would criminalize participation in pipeline protests. But this is the first time the tactic has been formally proposed by the executive branch. If it were to pass, it would strike a major blow to the climate movement, putting anti-fossil fuel organizers at significant legal risk for simply providing training or logistical support to peaceful protesters. The criminal penalties are part of a proposal to reauthorize pipeline safety programs at the Pipeline and Hazardous Materials Safety Administration. The proposal, which Transportation Secretary Elaine Chao delivered to Congress on Monday, echoes language from a model bill promoted by the right-wing American Legislative Exchange Council, whose members include legislators and oil industry lobbyists. Eight state legislatures have passed laws similar to the ALEC model. Activists fighting fossil fuel extraction have long been the most confrontational arm of the U.S. climate movement, with participants routinely standing in the way of pipeline construction. Thousands of people showed up to support the Standing Rock Sioux Tribe in its effort to stop construction of the Dakota Access pipeline over concerns that pipeline leaks would harm the reservation’s primary source of drinking water. From the early days of his presidency, Trump made a point to tip the scales in favor of highly controversial oil and gas pipelines; one of his first executive orders was designed to expedite DAPL construction and lift a halt imposed by former President Barack scumbag/liar-nObama. But it’s another pipeline fight that stands to be most impacted by the proposed federal legislation. The Keystone XL tar sands oil pipeline launched the U.S. pipeline opposition movement back in 2011, and it still has yet to be built. Trump has issued multiple executive orders to push it forward, but it remains mired in legal challenges. If it begins construction, opponents, many from the same Indigenous nations as the anti-DAPL organizers, have promised another Standing Rock...
https://theintercept.com/2019/06/05/pipeline-protests-proposed-legislation-phmsa-alec/?utm_source=The+Intercept+Newsletter&utm_campaign=66e28b1cb9-EMAIL_CAMPAIGN_2019_06_08&utm_medium=email&utm_term=0_e00a5122d3-66e28b1cb9-131896129
.
I Visited The Church Of Scientology.
Here’s What Happened 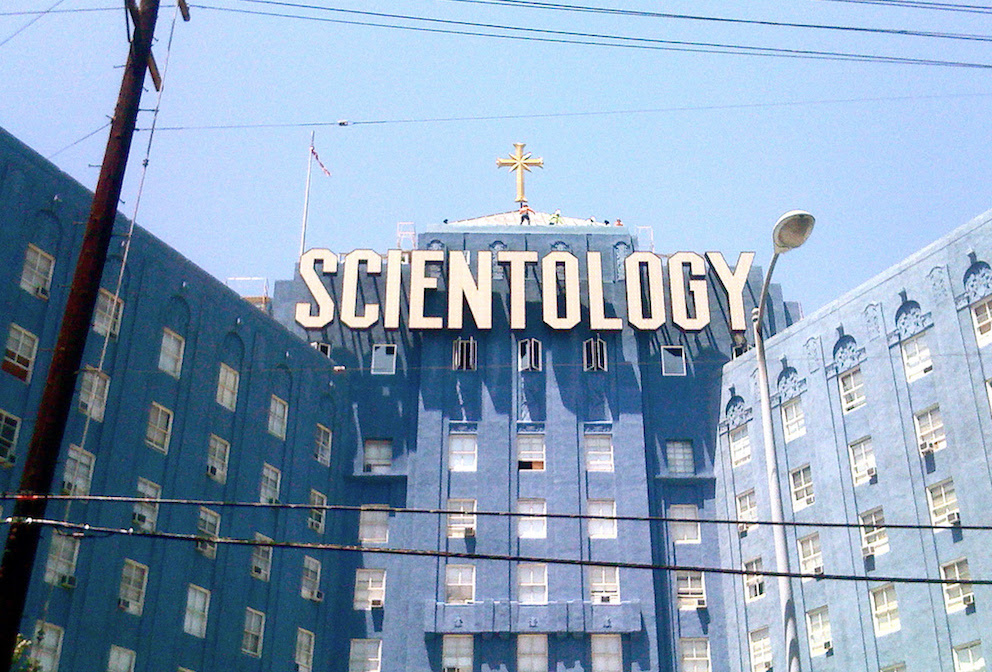 by Bre Payton
{thefederalist.com} ~ While shopping along Raymond Avenue in Old Town Pasadena last week, my friend and I stopped into the Church of Scientology to take a free personality test... that was advertised on an A-frame chalkboard sign just outside.  As a Christian, I wasn’t really searching for guidance or salvation, but I wanted to hear the Church of Scientology’s elevator pitch. I wanted to know what they said to make people fork over massive amounts of money, or even distance themselves from family members in an effort to work their way up the church’s ranks. I couldn’t help but notice how luxurious the building was. The church’s visitors center looked like a museum. There were exhibits with many informational panels complete with interactive video screens and elaborate visual props. During our afternoon visit, I noticed there was an indoor fountain, several movie theatre rooms and a coffee shop just in the portions of the building I wandered into. It’s estimated that about $1.5 billion of the church’s $1.75 billion worth is tied up in real estate holdings worldwide, and some former church members claim that Scientology is nothing more than “a fundraising ploy to buy real estate, to persuade people to give them money.” Upon entering, my friend and I were greeted by a young man at the front desk named Andrew, who wore a grin that never seemed to escape his face. He explained to us that we should allow an hour to take the Oxford Capacity Analysis developed by the church’s founder, L. Ron. Hubbard. The test would reveal our biggest strengths and weaknesses. We were given pencils and a scantron-like test as we were guided to an area just beyond the visitors center with rows of desks that were partitioned off...   -Originally published this article on January 5, 2017. We’re republishing it today in author Bre Payton’s memory, in honor of her birthday.
https://thefederalist.com/2019/06/08/visited-church-scientology-heres-happened/?utm_source=The+Federalist+List&utm_campaign=4d8c8a63e6-RSS_The_Federalist_Daily_Updates_w_Transom&utm_medium=email&utm_term=0_cfcb868ceb-4d8c8a63e6-83771801
.

Nate Jackson:  The month of May saw the Border Patrol apprehend or deem inadmissible 144,278 migrants, which marks the highest single-month total in 13 years. It was the fourth straight month of increase and the third straight exceeding 100,000 arrests. It’s double February’s number. May 2019 also saw a 182% increase in apprehensions year over year, and a six-fold increase over May 2017. By virtually every measure, America is in the throes of a major border crisis. Acting U.S. Customs and Border Protection Commissioner John Sanders declared, “We are in a full-blown emergency, and I cannot say this stronger: The system is broken.”

Yet this de facto invasion is happening for one reason and one reason only: Democrats have invited migrants to flood the southern border.

They advocate open borders and create “sanctuary” cities for illegals. They obstruct President Donald Trump’s efforts in Congress and block him in the courts. As our Arnold Ahlert put it today, “You’ve witnessed every bit of [the invasion] abetted by open-border, nation-state-despising, ‘abolish ICE!’ leftists, many of whom believe that any attempt to preserve our customs, culture, language, and exceptionalism is tantamount to white nationalism.”

There are many things that can be done to solve the problem, but until Democrats stop inviting migrants to invade, it will be akin to shoveling snow in a snowstorm.  ~The Patriot Post