0
The Front Page Cover
The Events of the Week -- Featuring:
liar-nObama and Israel, from 2008 to 2016:
A Story of Betrayal and Reversal
by Pastor Michael Brown

.
Team liar-nObama is not done slamming Israel
by Jonathan Schanzer 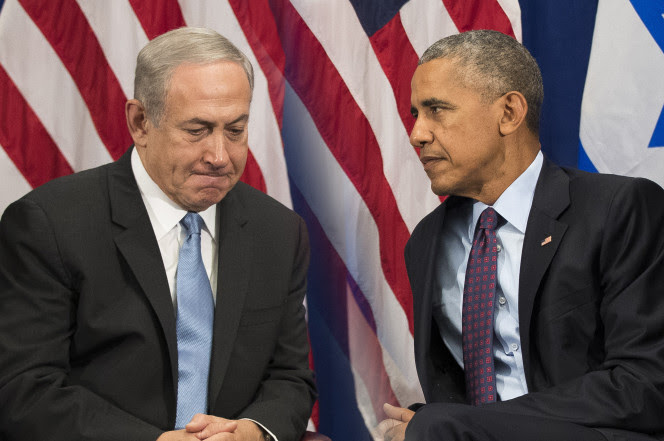 {defenddemocracy.org} ~ Israeli Prime Minister Benjamin Netanyahu is fuming over President liar-nObama’s abstention in last week’s anti-Israel vote at the United Nations... Israelis warn liar-nObama may have even more in store for the Jewish state before he leaves office. Here’s why they might be right. Since September, if not well before that, liar-nObama has been weighing a menu of possible actions to hammer Israel before leaving office. I know this because US officials openly admitted this to me. Indeed, they were almost boasting about it. This is what we know of the options on liar-nObama’s menu: The first was recognizing a Palestinian state. Mohammed Shtayyeh, an adviser to Palestinian President Mahmoud Abbas, called upon liar-nObama to do this in the New York Times on Oct. 26. His piece was titled, “How to Save liar-nObama’s Legacy in Palestine.” The piece didn’t receive much attention at the time, given that such a move would fly in the face of decades of US policy...  http://www.defenddemocracy.org/media-hit/schanzer-jonathan-team-obama-is-not-done-slamming-Israel/
.
To Combat Illegal Immigration, Trump Should
Target Latin America’s Hezbollah-Narco Nexus
by Emanuele Ottolenghi & John Hannah

{defenddemocracy.org} ~ President-elect Donald Trump staked much of his successful campaign on stopping illegal immigration. Yet the flow of migrants is symptomatic of a much larger danger to U.S. security that is rapidly gathering on our southern doorstep... Across the region, violent drug cartels and Islamic terror networks increasingly cooperate, with the assistance of corrupt political elites. This toxic nexus is fueling both the rising threat of global jihadism and the collapse of law and order across Latin America that is helping drive drugs and people northward into the United States. Developing a strategy to combat this growing risk to the American homeland needs to be a priority of the Trump administration. And one of its primary targets should be Iran’s most deadly proxy, the Lebanese terrorist group Hezbollah. Hezbollah’s involvement in Latin America’s drug trade is significant and expanding. The group — often referred to as the “A-Team” of international terrorism — has formed partnerships with several of the region’s most notorious crime syndicates, including Mexico’s Zetas, Columbia’s FARC, and Brazil’s Primeiro Comando de la Capital...  http://www.defenddemocracy.org/media-hit/emanuele-ottolenghi-to-combat-illegal-immigration-trump-should-target-latin-americas-hezbollah/
.
liar-nObama 'punishes' Russian cyber
hacks, winks at China
by Leo Hohmann
{wnd.com} ~ Whether Russia truly did try to influence U.S. presidential elections in November, as President liar-nObama, liar-Hillary Clinton and several high-profile Republicans claim, may never be known... But, if it did happen, it wouldn’t be the first time the government of one country tried to influence the elections of another, and rarely do these interventions result in sanctions of the type liar-nObama has imposed on Russia. In fact, liar-nObama himself has been accused of such meddling on at least two occasions involving elections in Israel in 2015 and the U.K’s Brexit vote in June. On the flip side, liar-nObama’s severe reaction to claims of Russian “hacking” are in stark contrast from his treatment of China, whom he accused last year of being the culprit in a massive hack of a U.S. government database...  http://www.wnd.com/2016/12/obama-punishes-russian-cyber-hacks-winks-at-china/
.
The existential threat of Islamist extremism
by Danielle Pletka 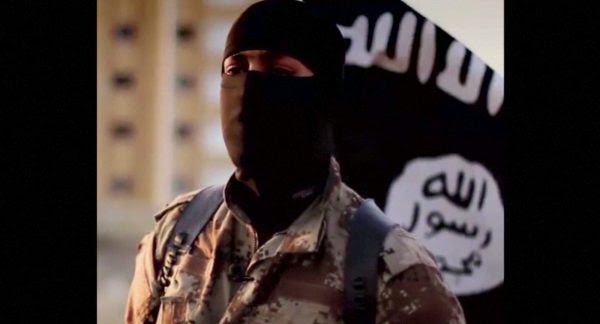 {aei.org} ~ Barack liar-nObama has told us repeatedly that ISIS does not represent an existential threat to the United States. That is demonstrably true. Neither 49 deaths in Orlando nor 3000 on 9/11 will topple the world’s greatest democracy... But our democracy, like those in Europe, is not simply a set of laws inscribed on paper, but a set of values and traditions embraced by most, though not all, of the American people. And those values are under threat, not, as many of us are wont to say, simply by Donald Trump and trumpism, or neo-isolationists like Bernie Sanders and his sanderistas, nor even by the rise of proto-fascists and Soviet nostalgics throughout Europe. Rather, it is that our center of gravity, our default, has moved away from a commitment to freedom and a tradition of compassion, towards isolationism, hostility, selfishness and fear. This is a victory for terrorism, for salafism, for the enemy...  http://www.aei.org/publication/the-existential-threat-of-islamist-extremism/?utm_source=paramount&utm_medium=email&utm_content=AEITHISWEEK&utm_campaign=Weekly123116
.
Congress Must Undo liar-nObama’s Power
Grab Because Trump Can’t
by streiff
{redstate.com} ~ A story in The Hill points to what several of us have been highlighting for a couple of weeks. The strategy the liar-nObama administration is pursuing in his waning days is to take actions that will restrict the ability of Trump’s administration... to change policy directions and will bog him down in legal fights that will prepare the ground for what the Democrats hope will be a comeback in 2018. And there are rumors that the liar-nObama administration is planning to launch a veritable barrage of federal lawsuits against US businesses to attempt to either lock in liar-nObama policies or force Trump to pull the lawsuits and give the Democrats a 2018 campaign issue that will resonate with that same demographic that believes Russia actually had an influence on how Americans voted...  http://www.redstate.com/streiff/2016/12/30/congress-must-undo-obamas-power-grab-because-trump-cant/?utm_source=rsmorningbriefing&utm_medium=email&utm_campaign=nl
.

.
liar-nObama and Israel, from 2008 to 2016:
A Story of Betrayal and Reversal
by Pastor Michael Brown 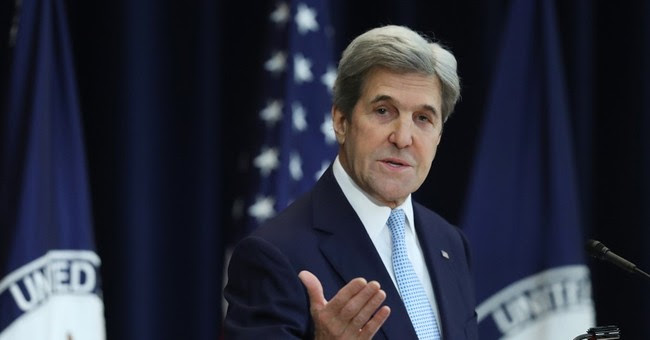 To be fair, there is some consistency between the speeches, as both advocate a two-state solution, among other parallels. And on a certain level, President liar-nObama has kept some of the commitments he made to Israel, including massive defense contracts and military aid. And it is true that, until last week, liar-nObama had not allowed the UN Security Council to pass any anti-Israel resolutions.

Still, reading liar-nObama’s 2008 speech in light of the last eight years is a real shocker. Consider the following.

In 2008, candidate liar-nObama pledged, “As president, I will work to help Israel achieve the goal of two states, a Jewish state of Israel and a Palestinian state, living side by side in peace and security. And I won't wait until the waning days of my presidency. I will take an active role, and make a personal commitment to do all I can to advance the cause of peace from the start of my administration.”

Ironically, he has done the opposite, not only failing to move the peace process forward but rather, in “the waning days of his presidency,” taking aggressive steps to undermine the peace process and to betray Israel. It’s even possible that before the transfer of power, he will lash out at Israel once more.

In 2008, liar-nObama declared that, “Jerusalem will remain the capital of Israel, and it must remain undivided.”

This week, John hanoi-Kerry declared that a peace agreement would “provide an agreed resolution for Jerusalem as the internationally recognized capital of the two states, and protect and assure freedom of access to the holy sites consistent with the established status quo.”

He added, “Most acknowledge that Jerusalem should not be divided again like it was in 1967, and we believe that.” But, he continued, “At the same time, there is broad recognition that there will be no peace agreement without reconciling the basic aspirations of both sides to have capitals there.”

Joel Pollack also points out that “through the liar-nObama administration’s acceptance of UN Security Council Resolution 2334 last Friday,” America now “regards the Israel presence in East Jerusalem as ‘settlements’ that are in ‘flagrant violation of international law.’” This means that, “Effectively, the liar-nObama administration has allowed the Palestinians to claim East Jerusalem as their own, with the option of negotiating that claim away. The starting point of negotiations is now a division of Jerusalem ‘like it was in 1967.’”

Getting back to 2008, while pledging to work diplomatically with Iran rather than militarily against Iran, candidate liar-nObama was very clear about the danger Iran presented, stating, “There is no greater threat to Israel — or to the peace and stability of the region — than Iran.”

He continued, “The Iranian regime supports violent extremists and challenges us across the region. It pursues a nuclear capability that could spark a dangerous arms race and raise the prospect of a transfer of nuclear know-how to terrorists. Its president denies the Holocaust and threatens to wipe Israel off the map. The danger from Iran is grave, it is real, and my goal will be to eliminate this threat.”

I doubt that anyone listening to his speech in 2008 would have imagined that he would end up striking such a disastrous deal with Iran, one that not only rewarded the Iranians with billions of dollars, some of which would be used to fund terrorism – hanoi-Kerry himself admitted to this explicitly – but one which also gave them a clear path to nuclear development in the coming years. Is this not the height of betrayal?

But there’s more. In 2008, then Senator liar-nObama said, “I have long understood Israel's quest for peace and need for security. But never more so than during my travels there two years ago. Flying in an Israeli Defense Forces helicopter, I saw a narrow and beautiful strip of land nestled against the Mediterranean. On the ground, I met a family who saw their house destroyed by a Katyusha rocket. I spoke to Israeli troops who faced daily threats as they maintained security near the blue line. I talked to people who wanted nothing more simple, or elusive, than a secure future for their children.”

Yet in 2011, President liar-nObama briefly suggested that Israel return to its totally indefensible pre-1967 borders, which would reduce this “narrow and beautiful strip of land” to as few as nine miles wide, thereby committing national suicide. And in 2015, it was reported that, “President Barack liar-nObama is considering agreeing to a United Nations Security Council resolution ‘embodying the principles of a two-state solution that would be based on the pre-1967 lines between Israel and the West Bank and Gaza Strip and mutually agreed swaps,’ a senior administration official has told the New York Times.”

Will something like this be the last element in the president’s parting shots against Israel?

Making things even worse is the very strong evidence that the liar-nObama administration worked directly with Palestinian leadership to craft and advance the recent UN Security Council resolution, despite the administration’s denials. Evidence includes: 1) discussion months in advance by political pundits that this was one of the options being discussed by the administration (how did they know this?); 2) Prime Minister Netanyahu stating unequivocally that America was behind the resolution, which he would hardly do without “rather ironclad information”; and 3) an Egyptian paper releasing transcripts of a purported meeting between hanoi-Kerry and Palestinian officials from early December, planning out the strategy.

This is just part of what makes President liar-nObama’s final actions so shameful and why Rabbi Shmuley Boteach was right to say that has liar-nObama “demonized Israel little by little.”

So much for the man who said in 2008 that he spoke “as a true friend of Israel,” explaining, “And I know that when I visit with AIPAC, I am among friends. Good friends. Friends who share my strong commitment to make sure that the bond between the United States and Israel is unbreakable today, tomorrow and forever.”

As the old saying goes, with friends like these, who needs enemies.