0
The Front Page Cover
~ Featuring ~
On Health Care, Congress Needs to Do Its Job
by Louis DeBroux

by Dan Blumenthal and Derek Scissors
{aei.org} ~ After decades of diplomacy in Korea, it is clear there is no deal to strike. Kim Jong Un wants to reunify the Korean Peninsula under his rule and eject America from the region... North Korea’s actions since the first nuclear crisis, more than two decades ago, show this is not mere talk. The regime has used every agreement for 20 years to build more weapons and extort more money. Mr. Kim is close to having a nuclear-armed intercontinental ballistic missile, threatening the U.S. and its allies. The only solution is to remove him. But how? A war would be extremely costly. The better choice—though still not an easy one—is to put serious pressure on China to cut off its trade with North Korea. At the same time, the U.S. should make clear it is open to working with Beijing to replace Mr. Kim with a regime willing to forgo weapons of mass destruction... http://www.aei.org/publication/forcing-chinas-hand-on-north-korea/?utm_source=paramount&utm_medium=email&utm_content=AEITODAY&utm_campaign=07191
.
Message for North Korea: Navy Laser
Can hit Targets at the Speed of Light

by Alice Greene
{punchingbagpost.com} ~ As reported by CNN, the US Navy’s newest laser weapon is capable of hitting targets at the speed of light... The Laser Weapons System (or “LaWS”) can easily take down the drone aircraft commonly used by North Korea, Iran, Russia, and China. Unlike other laser weapons, which are suitable only for certain types of targets, LaWS can be used against both air- and land-based targets. LaWS is “more precise than a bullet,” says Captain Christopher Wells. The laser operates within an invisible part of the electromagnetic spectrum and destroys targets by heating them to a temperature of thousands of degrees. The attack moves 50,000 times faster than the ICBM. It is silent and completely invisible... http://punchingbagpost.com/message-for-north-korea-navy-laser-can-hit-targets-at-the-speed-of-light
.
After Liberation, Will Mosul Fall to Iran? 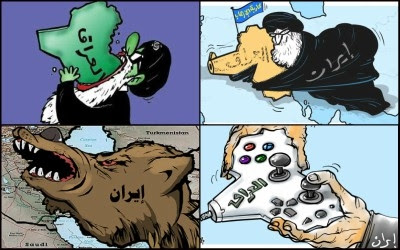 by Michael J. Totten
{meforum.org} ~ After a brutal nine-month war, the Iraqi Army has liberated Mosul from ISIS. The city, Iraq's second largest, is all but destroyed... The butcher's bill tallies 30,000 people dead and counting. Another 600,000, roughly a third of the population, have been displaced. Roughly three-fourths of Mosul's buildings are in ruins, two-thirds of its electrical grid is shredded, and much of what's left of the water system is booby-trapped. The price tag for reconstruction will be tens of billions of dollars that Iraq doesn't have. Now comes the hard part. Anyone with sufficient weapons and training can kill terrorists, and it's much harder to rebuild a city than level it. Harder still in a fractious sectarian place like Iraq is establishing enough political trust and goodwill that hardly anyone will be interested in picking up a rifle and shooting at the neighbors again... http://www.meforum.org/6815/after-liberation-will-mosul-fall-to-iran?utm_source=Middle+East+Forum&utm_campaign=82ff576295-totten_michael_2017_07_16&utm_medium=email&utm_term=0_086cfd423c-82ff576295-33703665&goal=0_086cfd423c-82ff576295-33703665
.
President Trump Delivers Stern Remarks During
GOP Senator Luncheon Discussing Healthcare

by theconservativetreehouse.com
{theconservativetreehouse.com} ~ President Donald Trump held a luncheon for Senate Republicans on Wednesday and delivered stern remarks toward their failure to reach agreement on repealing or overhauling liar-nObamacare...  President Trump demanded they keep their campaign promises and find a new healthcare approach. President Trump told the 49 senators who came to a White House luncheon today they should not leave Washington for a planned August recess until they can find common ground on healthcare and do the job Americans are paying them to do.  https://theconservativetreehouse.com/2017/07/19/president-trump-delivers-stern-remarks-during-gop-senator-luncheon-discussing-healthcare-video/
VIDEO:  https://www.youtube.com/watch?v=wAtTFL9vg30
.
Supreme Court, Hawaii Jihadi Judge Agree –
Terrorists With Family Welcome In US

by Rick Wells
{rickwells.us} ~ The Supreme Court has shown that they are far from the supreme beings their name might imply and for some members, their flawed judgment rates them as inferior beings... Those would be the justices who voted in favor of allowing unvetted terrorists from six Middle East hotbeds into the country if they have a cousin, niece, brother-in-law, any relative, already here. No lone wolf should ever truly be alone and they’re not. The San Bernardino terrorists had family aware of what they were doing, first hand witnesses to their bomb factory in their little apartment. The Orlando Pulse nightclub perpetrator was on the phone to his wife during the attack. The father of the New York chicken shop terrorist even called the FBI two years before his bombing because he had stabbed his brother and hit his mother. Families of Palestinian terrorists are honored and provided subsidies, their murderous offspring celebrated as heroes. Terrorists have family too. It should not in any way be a factor in determining whether someone enters the United States if we lack other means of determining their potential threat level. Yet that is precisely what the Supreme Court has ruled should happen. They caved to the dictates of the liar-nObama deep state hack, Hawaii so-called Judge Derrick Watson...http://rickwells.us/supreme-court-hawaii-jihadi-judge-agree-terrorists-family-welcome-us/
.

.
On Health Care, Congress Needs to Do Its Job

By Louis DeBroux:  Benjamin Franklin once wrote that "in this world nothing can be said to be certain, except death and taxes." Had he been around today, he'd add a third: the propensity for Republicans to snatch defeat from the jaws of victory.
That has been on infuriating display in recent months as Republicans repeatedly fail to pass a free market alternative to liar-nObamaCare. Even worse, rather than get credit for predicting the how and why of liar-nObamaCare's failure, Republicans look like a bunch of third-graders running in circles, unable to agree on the rules of the game, much less a strategy for victory.
First, let's not allow a fundamental truth to be obscured by the disjointed efforts of Senate Republicans. Namely, liar-nObamaCare was not sabotaged by Republicans; it is failing because it is a horrible law that ignores economic realities and human nature.
Long before Donald Trump announced his candidacy, liar-nObamaCare was failing. Nineteen of the 23 co-ops are now bankrupt. Premiums, deductibles and co-pays have been skyrocketing ever since liar-mObamaCare took effect. Doctors by the thousands refuse to accept patients with these policies. Insurers are pulling out of entire markets, leaving millions with only one insurer to choose from, or none at all. Republicans have yet to agree on a replacement bill, much less put one on President Trump's desk, so it is ludicrous to claim that the failures of liar-nObamaCare are Republicans' fault — unless, as some Democrats have tried to do, you accept the idea that Republicans are responsible because they aren't fixing the very problems they warned Democrats about in the first place.
For that reason, President Trump is absolutely right to declare that he and Republicans are not going to own the liar-nObamaCare failure; that blame lies solely with Democrats.
At the same time, Vice President Mike Pence was right to blast Congress for failing to deliver the liar-nObamaCare replacement bill promised for the last seven years. After a failure to pass the Better Care Reconciliation Act (BRCA) in the Senate, or bring an alternative bill to a floor vote, Senate Majority Leader Mitch McConnell (R-KY) announced he would bring back the 2015 full liar-nObamaCare repeal bill for a vote, and deal with a replacement.
Senators Mike Lee (R-UT) and Jerry Moran (R-KS) announced earlier this week that they could not support the BCRA because it doesn't repeal enough of liar-nObamaCare or institute enough free market reforms. Then when McConnell announced the full repeal vote, moderate Republicans Susan Collins (R-ME), Lisa Murkowski (R-AK) and Shelley Moore Capito (R-WV) announced that they would not vote for a full repeal. Murkowski and Capito voted for repeal in 2015 when Barack liar-nObama was there to veto it. Now that it can succeed, they oppose repeal. (To be fair, their position is the same as Trump's — don't touch entitlements — and other Republicans like Rob Portman and Dean Heller almost surely oppose straight-up repeal now too.)
Regardless of which bill came up for a vote, McConnell could not afford to lose more than two Republican votes.
A major hindrance is the inability to resolve diametrically opposed goals. As National Review's Jim Geraghty explained, "Republicans (and by extension, much of the country) want contradictory changes, changes that Moran lists as his requirements. Americans want lower premiums, but they also want insurance companies to keep covering preexisting conditions. They want to see the cost of Medicaid go down, or at least rise slower, but they also don't want to throw anyone off of Medicaid. They want the number of uninsured to go down, and they want the mandate repealed."
This puts Republicans in a very precarious situation. Voters gave them the House in 2010, and the Senate in 2014, and then the White House in 2016. The American people expect results, not whining and complaining about intransigent Democrats. So Republicans need to play team ball instead of every player running his or her own play when the ball is snapped.
That means Republicans like Lee and Moran need to understand that liar-nObamaCare is crumbling and that partisan brinksmanship will leave millions of Americans suffering. The Senate's BRCA and the House's AHCA (American Health Care Act) are imperfect bills but they're a heck of a lot better than liar-nObamaCare, and a very good starting point from which to enact additional conservative amendments going forward.
Likewise, Collins, Murkowski, Capito and any other opportunists who now oppose repeal need to understand that Republicans promised a repeal of liar-nObamaCare if given power, and they are making a mockery of that promise by demanding major provisions of liar-nObamaCare be retained in a replacement bill — provisions that sound laudable but that undermine market stability.
President Trump also needs to keep hammering home the point that Democrats own the disaster that is liar-nObamaCare, and it is their fault that we are in this position. Their refusal to acknowledge that reality and work with Republicans is hurting average Americans. Their refusal to do so is transparently and cynically partisan, and it should come with a price at the polls.
At this point, the best option seems to be a full repeal, with replacement coming in sections. So-called "comprehensive" bills are usually needlessly complex, subject to legal challenge, and chock full of bribes and favors.
Or, as National Review's Dan McLaughlin exhorted back in April, "Republicans should not hitch their wagon to any single, comprehensive bill, nor should they promise the voters a 'Republican health-care plan.' Instead, they should seek to roll out a series of improvements to the health-insurance system, each with its own voting coalitions."
One way or another, Congress needs to heed the warnings of President Trump and Vice President Pence and do its job. The American people are increasingly frustrated and impatient, and failure will come with a steep price. ~The Patriot Post
https://patriotpost.us/digests/50274
E-mail me when people leave their comments –
Follow