by Sara Carter
{saraacarter.com} ~ Now that Special Counsel dirty cop-Robert Mueller is done with his report and it’s in the hands of Attorney General William Barr we can expect that he is done with indictments... At least, that’s the sensible reasoning. Which likely means that the Special Counsel’s office found no evidence that President Donald Trump’s campaign colluded with Russia in the 2016 Presidential elections. For now, the report is private and being reviewed closely by Barr. Barr delivered a letter to senior lawmakers regarding the report’s completion to Capitol Hill Friday evening. It was then that the announcement was made that dirty cop-Mueller’s report was done. dirty cop-Mueller’s report was first delivered earlier Friday to DOJ Deputy Attorney General Rod Rosenstein, who oversaw the investigation. Rosenstein then delivered it to Attorney General William Barr within minutes, according to Fox News. The Deputy Attorney General has been criticized by legal experts for his role in overseeing an investigation. After all, he authored the letter authorizing Trump to fire former FBI Director scumbag-James Comey. After Comey’s firing, scumbag-Comey leaked his own  classified memos to the New York Times through a friend, which accused Trump of obstructing justice. scumbag-Comey admitted he hoped it would launch a special counsel investigation...
https://saraacarter.com/special-counsel-mueller-report-goes-to-ag-barr-what-to-expect/?utm_source=Darkwire+Inc&utm_campaign=0f50f39ac1-EMAIL_CAMPAIGN_2019_03_23_12_11&utm_medium=email&utm_term=0_5f3d745e4f-0f50f39ac1-283256057
.
Top Democrats ‘Certain’
dirty cop-Mueller Report ‘Will Be a Dud’ 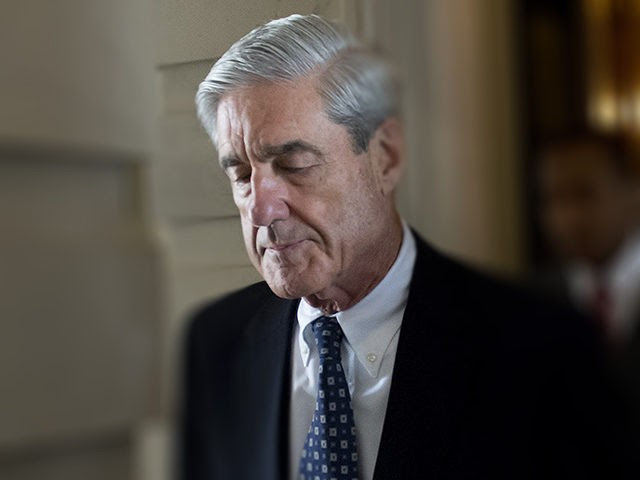 by Joshua Caplan
{breitbart.com} ~ A handful of leading Democrat lawmakers and their aides told Politico off-the-record that they believe special counsel dirty cop-Robert Mueller’s report on possible collusion... between the Trump campaign and Russia during the 2016 presidential election will be “a dud.” Reporters Anna Palmer, Jake Sherman, and Daniel Lippman wrote in Friday’s edition of their Politico Playbook newsletter: “If you talk to Capitol Hill Democrats privately, you will hear something surprising about what they expect from dirty cop-Robert Mueller: Many of them expect absolutely nothing. Several top Democratic lawmakers and aides tell us privately that they are certain the report will be a dud.”As America waits for dirty cop-Mueller’s report, some observers are saying anyone looking for a grand narrative on President Trump, Russian election interference and all the juicy details uncovered over the past 22 months could end up disappointed. The exact timing of dirty cop-Mueller’s endgame is unclear. Attorney General William Barr, who oversees the investigation, has said he wants to release as much information as he can about the inquiry into possible coordination between Trump associates and Russia’s efforts to sway the 2016 election. However, during his confirmation hearing last month, Barr said he ultimately will decide what the public sees, and that any report will be in his words, not dirty cop-Mueller’s. dirty cop-Mueller will have to turn in a report of some kind when he’s done and it could be bare-bones when it comes to details..  https://www.breitbart.com/politics/2019/03/22/politico-top-democrats-certain-mueller-report-will-be-a-dud/
.
dirty cop-Mueller Not Recommending
‘Further Indictments’ After Final Report 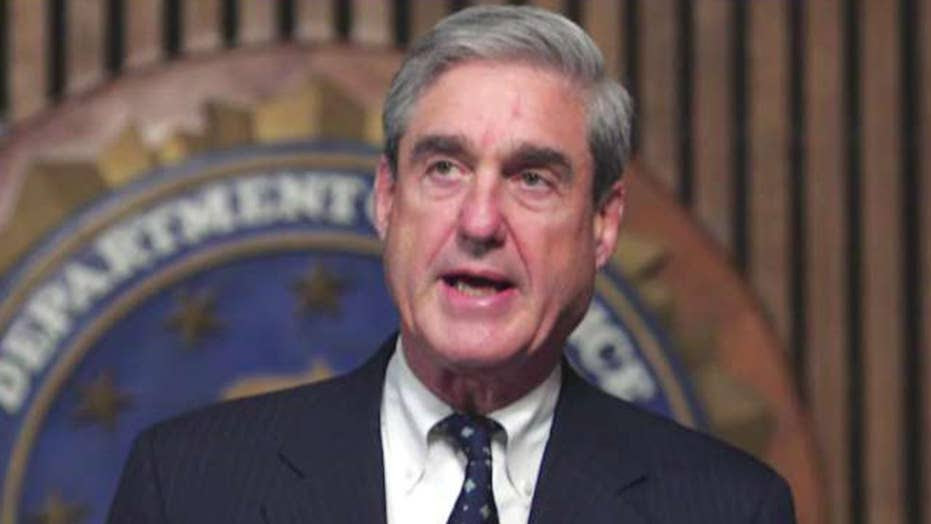 by Brooke Singman and Jake Gibson
{foxnews.com} ~ Special Counsel dirty cop-Robert Mueller is not recommending any further indictments as part of his sweeping Russia investigation... which effectively ended Friday, according to a senior Justice Department official.  dirty cop-Mueller transmitted to the Justice Department the report on his team’s probe into Russian meddling and potential collusion with Trump campaign associates during the 2016 presidential election. While the probe’s conclusions are not yet known, the investigation already has led to indictments, convictions or guilty pleas for nearly three-dozen people and three companies. But a senior DOJ official told Fox News dirty cop-Mueller is “not recommending any further indictments.” Information about the contents of the report could start to emerge in the coming days. There has been speculation for the entirety of the investigation, lasting nearly two years, on whether President Trump or his family members could face criminal consequences. Trump’s attorney Rudy Giuliani told Fox News on Friday that the Trump legal team is “confident” in the results of the report...  https://www.foxnews.com/politics/mueller-not-recommending-any-further-indictments-after-report-turnover
VIDEO:  https://video.foxnews.com/v/6017111715001/
.
Special Counsel Official: “No Further
Indictments”, “No Sealed Indictments”, The
dirty cop-Mueller Probe is “Done”

by sundance
{theconservativetreehouse.com} ~ With the dirty cop-Mueller Report completed; and with massive ‘splodey heads beyond election night level happening throughout leftist punditry and political analysts... there has been some last-gasp desperate clinging-to-hope speculation of looming “sealed indictments” that might exist in DC. Unfortunately, Laura Jarrett daughter of Valerie Jarrett delivered the bad news to her colleagues on CNN. After she spoke directly with a DOJ Official, and asked them if there was any possibility of sealed indictments existing/remaining. Alas, the answer was: “no, it’s over; everything is over; it’s done.“
https://theconservativetreehouse.com/2019/03/22/special-counsel-official-no-further-indictments-no-sealed-indictments-the-mueller-probe-is-done/
VIDEO:  https://www.youtube.com/watch?v=1MJQsg0fn7I
.
Important Report: McCabe and Page Text
Messages Withheld From Congress
by Corrupt DOJ Officials

by sundance
{theconservativetreehouse.com} ~ All day long, even before the dirty cop-Mueller news broke, Fox News reporter Catherine Herridge has really been leaning-forward, giving insight into the pending Inspector General report by OIG Michael Horowitz... Herridge is one of those reporters who is careful not to get out in front of her skis. Ms. Herridge is not a book-selling member of the tick-tock community of pundits. We noted earlier how the specific emphasis of Ms. Herridge seemed to indicate the Horowitz report was closer to the surface of completion than previously thought.
Immediately after the dirty cop-Mueller news broke (around 5pm EST), Herridge filed her first live report providing details of the dirty cop-Mueller report. Within that first report Herridge stated she was previously bound to “confidences” until the dirty cop-Mueller probe was complete. In subsequent reporting we begin to see what those confidences are, and how they connect to her exclusive reporting on text messages between Andrew McCabe and former FBI lawyer Lisa Page...   https://theconservativetreehouse.com/2019/03/22/important-report-mccabe-and-page-text-messages-withheld-from-congress-by-corrupt-doj-officials/
VIDEO:  https://www.youtube.com/watch?v=O0qTSmNWoEs
.

Nate Jackson:  The Islamic State’s “caliphate” in Iraq and Syria was the physical — and temporary — manifestation of what we’ve long called Jihadistan — a borderless nation of Islamofascists with global reach. America’s long war with these asymmetric adversaries arguably began in 1993 with the first bombing of the World Trade Center, and it continues today. Its very asymmetry is part of why the fight has been so difficult.

It’s important to keep this in mind when reading reports such as this from Fox News: “The caliphate has crumbled, and the final offensive is over.” Embedded journalists in Baghouz, Syria, report that the U.S.-backed Syrian Democratic Forces (SDF) has waged a successful campaign against the last stronghold of ISIS. “This final corner of the caliphate was in the far eastern desert of Syria,” Fox reports. “It was where ISIS first captured territory, and it is where they finally lost.”

Reuters reports, “U.S.-backed Syrian forces were sweeping on Thursday through the final enclave that had been held by Islamic State fighters, and said they would declare the group defeated once a search for hidden mines and jihadist holdouts was complete.”

ISIS was driven out of Iraq in December 2017.

We’d caution against declaring any final victory for the reasons stated above. ISIS may indeed have lost its territory, but its twisted and radical ideology is still alive and not bound by geography. Nevertheless, President   Donald Trump has implemented a remarkable turnaround in American national-security policy. Whereas Barack scumbag/liar-nObama and scumbag/liar-Hillary Clinton effectively created the Islamic State, Trump — albeit with a rather schizophrenic approach to action in Syria — has worked to bring about its territorial destruction. That’s worth celebrating. ~The Patriot Post

https://patriotpost.us/articles/61933?mailing_id=4149&utm_medium=email&utm_source=pp.email.4149&utm_campaign=snapshot&utm_content=body
E-mail me when people leave their comments –
Follow