by rickwells.us
{ rickwells.us } ~ It should surprise no one that Senator Mark Warner (D-VA), often the de facto co-chairman of the Senate Intelligence Committee inquisition into President Trump... is joining with his fellow never-Trumper, RINO Sen Richard Burr (R-NC), in the attempt to remove President Trump from office. Warner is following the Democrat play book as part of the Trump witch hunt, accusing the President of doing what we now learn Warner was doing himself. Democrats have a double standard and their hypocrisy on their side, never shy about accusing their opponents of misconduct they are themselves engaged in. In this case, evidence has surfaced that Warner attempted to collude with Russians. Ed Henry reports that Warner “had extensive contact last year with a lobbyist for a Russian oligarch who offered him access, yes, to Christopher Steele. Now Warner texted he would ‘rather not have a paper trail,'” says Henry, “in case he could not seal an agreement with the former British spy. Steele has still not agreed to an interview with the panel.”...  https://rickwells.us/witch-hunter-warner-russia/
VIDEO:  https://video.foxnews.com/v/5729467256001
.
Tom Del Beccaro: All Corrupt
DOJ and FBI Roads Lead to liar-nObama 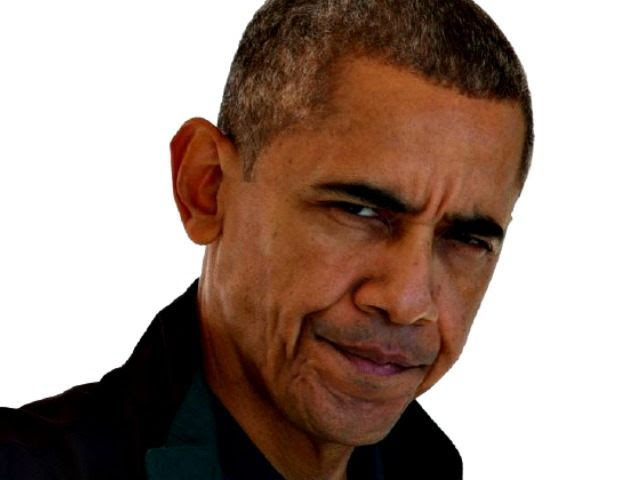 by Robert Kraychik
{ breitbart.com } ~ Holistic analysis of the Justice Department (DOJ) and FBI’s interconnected and ostensible investigations... of liar-Hillary Clinton and Donald Trump amount to “the worst abuse of political power in American history related to elections,” according to Tom Del Beccaro. Del Beccaro, an attorney and contributor to Forbes, joined Thursday’s edition of SiriusXM’s Breitbart News Tonight with co-hosts Rebecca Mansour and Joel Pollak to discuss his recently published – and continually updated – timeline of events, entitled “Biased FBI and DOJ Officials Broke the Law and Tried to Decide the Election.” “The DOJ and the entire liar-nObama administration wound down the liar-Hillary email crisis in time for her to really run for office and then ramped up the attacks on candidate Trump to stop him from being president,” said Del Beccaro...  http://www.breitbart.com/radio/2018/02/09/tom-del-beccaro-corrupt-doj-fbi-roads-lead-obama/
VOICE VIDEO:  https://soundcloud.com/breitbart/breitbart-news-tonight-tom-del-beccaro-february-8-2018?utm_source=soundcloud&utm_campaign=wtshare&utm_medium=Twitter&utm_content=https%3A//soundcloud.com/breitbart/breitbart-news-tonight-tom-del-beccaro-february-8-2018
.
Cue Liberal Outrage: Trump Creates
a National Vetting Center for Immigrants 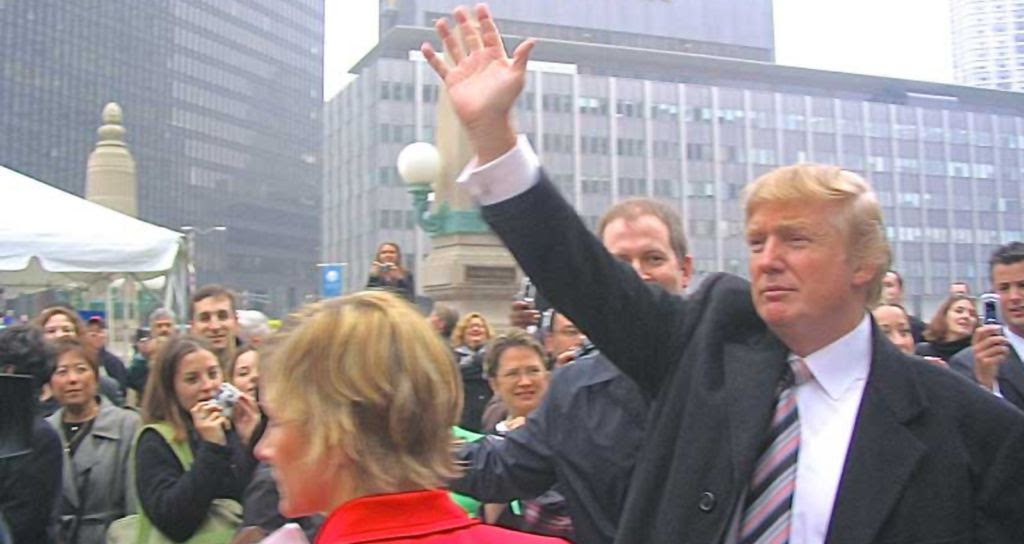 by patriotnewsdaily.com
{ patriotnewsdaily.com } ~ President Donald Trump signed an executive order this week to create a new National Vetting Center... that will improve the government’s ability to coordinate between various agencies and ensure that migrants and visitors to the U.S. are properly screened before coming into the country. The move, which will surely anger immigration activists and liberals who think we would be better off if we just threw the borders open and allowed every Islamic terrorist and welfare-leeching bum in the world to come to our shores, was announced in a statement on Tuesday. “The NVC will better coordinate these activities in a central location, enabling officials to further leverage critical intelligence and law enforcement information to identify terrorists, criminals, and other nefarious actors trying to enter and remain within our country,” said White House press secretary Sarah Sanders. “The NVC’s operations will adhere to America’s strong protections for individuals’ privacy, civil rights, and civil liberties. The Administration’s top priority is the safety and security of the public, and the NVC will empower our frontline defenders to better fulfil that obligation.” The Department of Homeland Security will work hand in hand with the State Department, Attorney General Jeff Sessions, and the director of national intelligence to develop the NVC...  http://patriotnewsdaily.com/cue-liberal-outrage-trump-national-vetting-center-for-immigrants/
.
Who Will Be Plotting
Against America After ISIS’ Defeat?

by clarionproject.org
{ clarionproject.org } ~ Prof. Ryan Mauro, director of Clarion Intelligence Network and Clarion’s Shillman Fellow, reacts to a study... showing that 300 Americans left the country to join ISIS and 12 have returned, 3 of which have not been prosecuted. But even more important is that other groups – all of whom believe in a caliphate — are waiting in the wings for the defeat of ISIS and can be activated. These include groups coming from Turkey, Pakistan, Iran, Saudi Arabia and Qatar.  https://clarionproject.org/will-plotting-america-isis-defeat/
VIDEO:  https://www.youtube.com/watch?v=OgVtRvNPZ2k
.
Fein-stein Once Sounded Like
President Trump On Illegal Alien Menace

by rickwells.us
{ rickwells.us } ~ Back in 1994, Dianne Fein-stein looked and sounded a lot different... liar-Bill Clinton was the president and the Democrat Party still pretended to be an American political party, representing their version of what was best for America. That was before the attempt at the fundamental transformation and degradation of the United States by Hussein liar-nObama and the open global communism of the Democrat Party began to be practiced and actually praised by the media and the treasonous leftists. Senator Dianne Fein-stein is an example of that hard shift to the left by the commie Democrats, in this video sounding much more like President Trump and conservative Republicans than present day, out of touch with reality, liberal self...  https://rickwells.us/feinstein-trump-illegal-menace/
VIDEO:  https://www.youtube.com/watch?v=fJbB1gsjgbQ
.

.
Israel Built a ‘Wall’ and Is Deporting
Illegal Aliens. America Can Learn 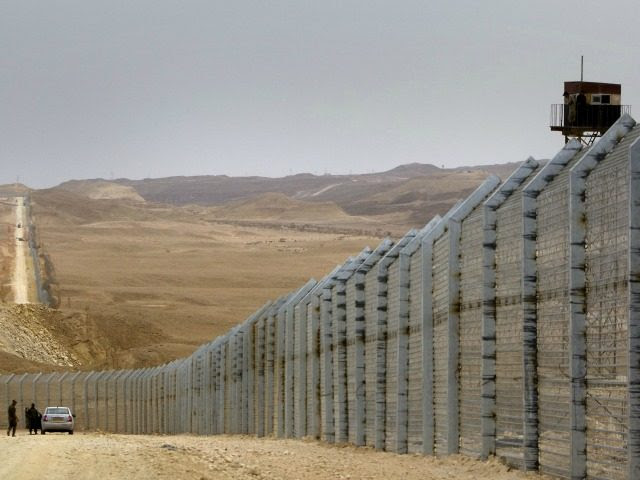 by Caroline Glick
{ truthrevolt.org } ~ A decade ago, Israelis gave little thought to the issue of illegal immigration.
In 2006, there were 2,766 illegal migrants in Israel, nearly all of them from Eritrea and Sudan, who had entered Israel through its then-open, 150-mile border with Egypt.

In 2007, the dam of illegal immigration burst.

According to Israel’s Immigration and Population Authority, 5,179 African migrants – predominantly from Eritrea and Sudan — entered Israel from Egypt in 2007. The illegal migration reached its peak in 2011, when 17,281 arrived.

When you consider that in 2011, Israel’s total population stood at 7.7 million, that means that as a portion of its total population, Israel absorbed 95 times more illegal aliens that year than Spain did.

Israel’s parliament, the Knesset, began passing laws to provide negative incentives to illegal aliens. One law required migrants’ employers to set aside 20 percent of their wages, which the migrants would receive only upon leaving the country.

Most importantly, in 2012, Israel began building a “wall” — an impenetrable fence — along its border with Egypt. It was completed in 2013. The results were dramatic. Illegal immigration fell immediately by 98 percent.

Today, among the 68,000 illegal migrants from Africa who have entered Israel in the past decade, 40,000 still remain in the country. And so last month, the Knesset passed a law enjoining the government to deport them either to their countries of origin or to willing third countries.

Rwanda and Uganda reportedly signed secret agreements with Israel permitting the migrants to relocate to their countries. Open-borders champions leaked the deals to the media, hoping to force the Rwandan and Ugandan governments to cancel the deals. This month, both governments denied ever signing such agreements, although migrants are being sent to both countries.

The UN High Commissioner for Refugees deems both countries safe. And, for that matter, in February 2017, the Swiss Administrative Court determined that illegal migrants from Eritrea will not be in danger if they are deported back to Eritrea. That court ruling followed a report issued a month before by the European Asylum Support Office (EASO), an EU think tank that helps Brussels determine immigration policy. EASO concluded that Eritrean asylum seekers are not eligible for asylum or refugee status because they face no danger from repatriation.

But according to the U.S.-based Atlantic, “For the Jewish activists who believe that Israel should be built on what they see as Jewish values, the next few weeks will be a crucial test of its identity as a nation—and how it is perceived by the world.”

This claim — that Israel’s policy is at odds with Jewish values — was made by the Atlantic’s Emma Green in a long article criticizing the new Knesset law.

Green’s article is part of a massive campaign being waged by Israel’s far left, with massive support from liberal American Jewish groups. The campaign’s purpose is to demonize the law, and coerce Israel’s government into not enforcing it.

The left’s campaign against Israel bears notable similarities to the campaign being waged by leftist activists and Democratic politicians in the U.S. demanding amnesty for illegal aliens in America.

Israeli opponents of amnesty for African migrants are not simply reviled as racists, however. Over the past two weeks, leftist pressure groups and activists have equated amnesty opponents to Nazis.

Africans who enter Israeli illegally in search of work are equated to Jews in Europe during Holocaust desperate to escape the Nazis.

But Israel’s far left has never been moved by public opinion. Backed by wealthy liberal American Jewish organizations including the Anti-Defamation League, the Hebrew Immigrant Aid Society, the Reform Movement’s Religious Action Center, J-Street, T’ruah, and the New Israel Fund, the Israeli far left responded with rage and slander to the law and the government’s decision.

Speaking at a conference in Tel Aviv Wednesday, Anti-Defamation League Director Jonathan Greenblatt blasted the government’s intention to deport the illegal migrants. He likened the situation in Israel to the situation in the U.S. with the so-called “Dreamers” children brought illegally to America as minors, and insinuated that Israel, and Americans who oppose amnesty for Dreamers, are racist. Before joining the ADL in 2015, Greenblatt worked in the liar-nObama White House under President Barack liar-nObama’s senior advisor, Valerie Jarrett, directing the Office of Social Innovation and Civil Participation.

The New Israel Fund (NIF), a radical American Jewish group that spends millions of dollars every year in Israel funding radical leftist and Palestinian groups, has been at the forefront of the fight to force Israel to naturalize its African migrants. Currently, the NIF is underwriting at least six different groups in Israel to prevent the enforcement of Israel’s immigration laws and government decisions.

In an open letter, NIF CEO Daniel Sokatch told supporters that the group is supporting the campaign to block the deportations “financially and with expert advice.”

For Americans interested in finding solutions to the illegal immigration crisis in the U.S., Israel’s experience is instructive on two counts.

Second, as Israel’s current situation indicates, champions of illegal immigration have no intention of making any deal. They are not fighting for illegal aliens because they want to make the world a better place. They are championing their cause because they want to make Israel a different place. And since most Israelis like Israel the way it is, there is no common ground to be found.

Which brings us back to Green’s article in the Atlantic.

Green noted that at the end of the day, the dispute about illegal immigration in Israel is really a fight between Israelis and liberal American Jews, who make up the majority of the pro-illegal immigrant activists in Israel.

https://www.truthrevolt.org/commentary/glick-israel-built-wall-and-deporting-illegal-aliens-america-can-learn
E-mail me when people leave their comments –
Follow