0
The Front Page Cover
Featruring:
What House GOP Leadership Should Do
Now on liar-nObamacare Repeal
by Edmund Haislmaier

Despite Judge Neil Gorsuch's stellar performance at this week's confirmation hearings, anxious Democrat obstructionists are pulling out all the stops in a futile effort to spoil his confirmation. Part of the reason revolves around bitterness over Merrick Garland (Barack liar-nObama's flunked nominee). But the biggest reason has to do with Gorsuch's originalist jurisprudence, which is antithetical to the ideology espoused by "living constitutionalists" on the Left.
No one has worked harder to politicize the hearings than Senate Minority Leader Chuck Schumer, a career judicial saboteur whom the Washington Examiner correctly opines is "the best reminder that we need more judges like Gorsuch." Schumer announced that he will lead a filibuster of Gorsuch, because he "was unable to sufficiently convince me that he'd be an independent check" on Donald Trump. That's after Schumer floated the idea of ensnaring Gorsuch in the Left's "Russia hacked the election" narrative. According to Schumer, "It is unseemly to be moving forward so fast on confirming a Supreme Court justice with a lifetime appointment while this big gray cloud of an FBI investigation hangs over the presidency."
Sen. Elizabeth dinky-Warren is echoing this ploy: "Neil Gorsuch is up for a lifetime appointment to the Supreme Court from a President whose campaign is under FBI investigation." Yet you have to wonder who's really calling the shots. Democrat leaders are taking orders — or at least taking cues — from radical organizations like NARAL Pro-Choice America, whose president, Ilyse Hogue, is urging that lawmakers "delay hearings on Neil Gorsuch's nomination while the president is under an active FBI investigation. Short of that, Senate Democrats must filibuster this nomination." The organization previously joined 54 others in cosigning a March 14 Senate letter that states, "We implore senators to do everything necessary to block this nomination."
Memo to Republicans: Don't fall for it. Don't even think about delaying the confirmation vote. Democrats will play politics with whomever is nominated. Don't let abortion advocates dictate who will replace Justice Antonin Scalia. This week, Sen. Dianne Feinstein lectured Gorsuch by absurdly asserting Roe v. Wade established a "super precedent." The only super precedent is the Constitution. And as for Russia, Democrats are using that narrative to delegitimize Donald Trump. Meanwhile, perhaps most of those who voted for Trump did so because of the Supreme Court. So don't miss the irony of the two things converging here.
~The Patriot Post
https://patriotpost.us/digests/48146
.

by Rick Wells
{rickwells.us} ~ Judge Jeanine Pirro adds her voice to the increasing chorus of those asking that the disloyal, dysfunctional and disruptive Paul Ryan step down from his position as Speaker of the House... None of us every really liked Ryan and most of us have been very critical of him much of the time. He has no accumulated good will among virtually any segment of the Conservative or Republican base that might help to counter his current vulnerability. His background of subterfuge and opportunistic assaults on the American people and our leaders in service to those who are working to destroy our nation and enslave is catching up with him. Hit the road, Ryan, and don’t cha come back no more. Judge Jeanine says it clear and straightforward, “Paul Ryan needs to step down as Speaker of the House. The reason? He failed to deliver the votes on his healthcare bill. The one trumpeted to repeal and replace liar-nObamacare. The one that he had seven years to work on. The one he hid under lock and key in the basement of Congress. The one that had to be pulled to prevent the embarrassment of not having enough votes to pass.”...  http://rickwells.us/judge-jeanine-speaker-ryan-resign-healthcare-leadership-failure/
VIDEO:  https://www.youtube.com/watch?v=G4hm946HDrA
.
Susan Rice is the Wrong Person to
Attack Trump’s Credibility

by Roger Aronoff
{aim.org} ~ In a recent opinion column for The Washington Post, former United Nations ambassador and national security advisor to Barack liar-nObama, Susan Rice, had the temerity to lecture President Donald Trump... about telling the truth. She writes that “our friends must be able to trust the word of the U.S. president.” This extends far beyond hypocrisy coming from a person who visited five Sunday talk shows to peddle administration falsehoods about the 2012 terror attacks in Benghazi, Libya. In addition, she served in those positions during a period of other disastrous foreign policy decisions—deceptively sold to the American people—such as the Iran nuclear deal and the entire Libyan debacle...
http://www.aim.org/aim-column/susan-rice-is-the-wrong-person-to-attack-trumps-credibility/
.
Like Your liar-nObamacare, Keep Your liar-nObamacare Lewis Wasn’t Careful What He Wished For

by Rick Wells
{rickwells.us} ~ The most important component to bear in mind as the lying racially exploitative political hack, Rep John Lewis, engages in his hypocritical partisan political rant is that he’s railing against the existing bill, liar-nObamacare... that he and his commie comrades forced down America’s throats. He, along with Nancy Pulosi, Steny Hoyer, Harry dinky-Reid, Elijah Cummings, Chuck Schumer, Luis Gutierrez and all of the other “pass it first, read it later” partisan Democrat communists, inflicted upon us the very bill that he now demands the people be protected from. He does so as he represents the now failed Ryancare that would have bailed their sorry butts out as being insufficient. Thankfully, the Freedom Caucus and others stood strong against Ryancare and the Republicans slipped off the hook.  Okay, Mr. Civil Rights Icon, you got your wish, the GOP bill was pulled. You fix your own mess...  http://rickwells.us/like-obamacare-keep-obamacare-lewis-careful-wished/
VIDEO:  https://www.youtube.com/watch?v=OpKG33Dm4Eo
.
Freedom Caucus member Ted Poe leaves
group after healthcare bill debacle

by Robert King
{washingtonexaminer.com} ~ A member of the conservative House Freedom Caucus is leaving the group after it opposed a major bill to gut liar-nObamacare... Rep. Ted Poe, R-Texas, has left the group due to conflicts over the group's strategy on the American Health Care Act, which was pulled right before a scheduled vote on Friday because of opposition from caucus members and moderates. "I have resigned from the House Freedom Caucus," Poe said in a statement. "In order to deliver on the conservative agenda we have promised the American people for eight years, we must come together to find solutions to move this country forward. Saying no is easy, leading is hard, but that is what we were elected to do. Leaving this caucus will allow me to be a more effective Member of Congress and advocate for the people of Texas. It is time to lead."... http://www.washingtonexaminer.com/article/2618495/
VIDEO:  http://launch.newsinc.com/embed.html?trackingGroup=91212&siteSection=91212_pp&videoId=32163943
.
Shaffer: Trump Wiretap Case
'Worse Than Watergate'
by foxnews.com
{foxnews.com} ~ Former CIA officer Col. Tony Shaffer said the basics of President Trump's claim to have been "wiretapped" are likely true, and that the incident is "worse than Watergate."... Noting it has been exactly two weeks since Trump tweeted that President liar-nObama wiretapped his namesake tower, Shaffer said the "basic fundamental idea and claim is true." He said that Trump was not physically wiretapped, with a wire into his phone, and it may not have physically been Trump Tower, but his campaign apparatus instead... http://insider.foxnews.com/amp/article/55045
VIDEO:  https://www.youtube.com/watch?v=R1Ntkmb62iA
.

.
What House GOP Leadership Should Do
Now on liar-nObamacare Repeal 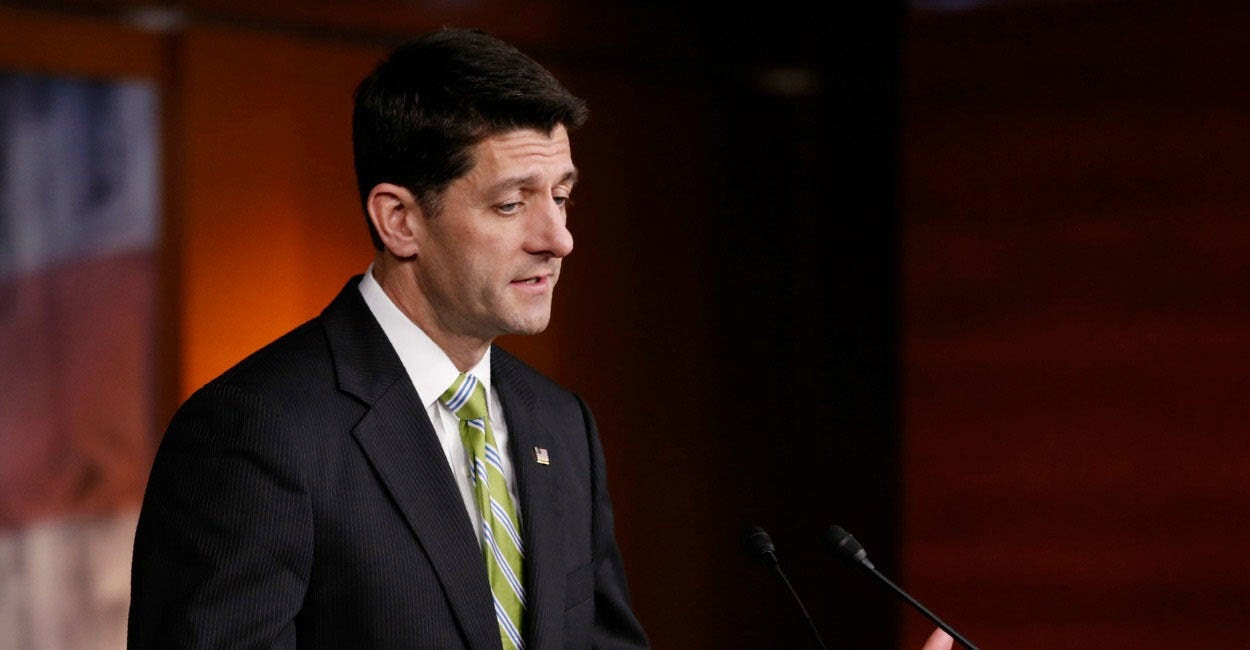 by Edmund Haislmaier
{dailysignal.com} ~ This afternoon, the House canceled a scheduled vote on the American Health Care Act—the House leadership bill to partially repeal liar-nObamacare—once it became clear that there were not the votes for passage.

While the bill contained a number of provisions that were good conservative policies, a major reason it fell short was that too many members were concerned the bill did not go far enough in dismantling liar-nObamacare’s regulatory architecture.

Indeed, the key to the case for repealing liar-nObamacare is the need to undo the law’s regulatory takeover of private insurance and reverse its cost-increasing effects. That is not only a policy objective, but also a political imperative.

Voters elected candidates who pledged to repeal liar-nObamacare because they understood that pledge to mean, first and foremost, a commitment to undo the cost-increasing mandates and regulations that liar-nObamacare imposed on their private health insurance.

The best course now would be for House leadership to draft a new bill that takes as its starting point the repeal of those liar-nObamacare provisions that dictate the benefits and design of private insurance plans, and which have driven up coverage costs.

Doing that would be a case of good policymaking for good politics.

“liar-nObamacare caused premiums to rise for various reasons, chief among them being the vast new regulations the law imposed on insurance markets. A new analysis from Milliman backs this up. The study provided estimates of the average impact that various liar-nObamacare regulations had on premiums. These estimates are reflected in the chart below.”