by rickwells.us
{ rickwells.us } ~ The United States had better start taking border security seriously, with the fact that the majority of Texans will be Hispanic by 2022... further evidence of the magnitude of the invasion and its very real impact on our nation. That invasion is positioned to get much more intense with the front-runner in the Mexican presidential election, Communist mayor of Mexico City Andrés Manuel López Obrador, known by the acronym AMLO, calling for an all-out rush of the border by Mexicans if he’s elected. He claims it’s their right to invade America, though he has not made the same declarations about Salvadorans or Guatemalans having the same fabricated right to invade his country. His Party, Morena, an acronym for Movimiento Regeneracion Nacional, is also conveniently a word meaning a dark complected female with dark hair. It’s kind of racist by US standards, particularly those of the butt-hurt leftists like him, and indicative of where he puts his focus, spreading people who look like that across their northern border...   https://rickwells.us/mexican-president-flood-border/
.
Immigration and the Democrats(dummycrats)

by Peter B. Gemma
{ americanthinker.com } ~ Although a number of national polls show majorities in support of granting legal status to illegal aliens, immigration is really an issue for a zealous minority of voters... A New York Times analysis of the issue found that "among those who say immigration is their top issue, opponents outnumber supporters by nearly two to one." Whether it's gun control or open borders, dummycrats-Democrats are a potential constituency not to be ignored by conservatives – both issues marshal opponents more than they motivate supporters. Although voter angst over illegal alien policies have taken a dramatic turn downward among dummycrats-Democrats, strict controls on immigration remain a concern that could become a wedge issue for conservative candidates...
https://www.americanthinker.com/articles/2018/06/immigration_and_the_democrats.html
.
Facebook, Twitter Shut Down Hezbollah … Nope, Up Again

by MEIRA SVIRSKY
{ clarionproject.org } ~ Hezbollah announced over the weekend that Facebook and Twitter had closed down its social media accounts... However, at the same time, they told their followers how to keep up with them by accessing their “backup” accounts. Sure enough, a quick click on @C_Military2, one of Hezbollah’s backup accounts, led to a post of video footage of the 2006 kidnapping of two Israeli soldiers patrolling the Israeli side of the Lebanese border the post Hezbollah claims precipitated the shutdown. Besides the failure to shut down all of the Lebanese terror group’s social media accounts, Facebook and Twitter have not only shut down some of their accounts before, but reopened them as well...
https://clarionproject.org/facebook-twitter-shut-down-hezbollah-nope-up-again/
.
Bishop Graham Tomlin and the Demonization of Israel 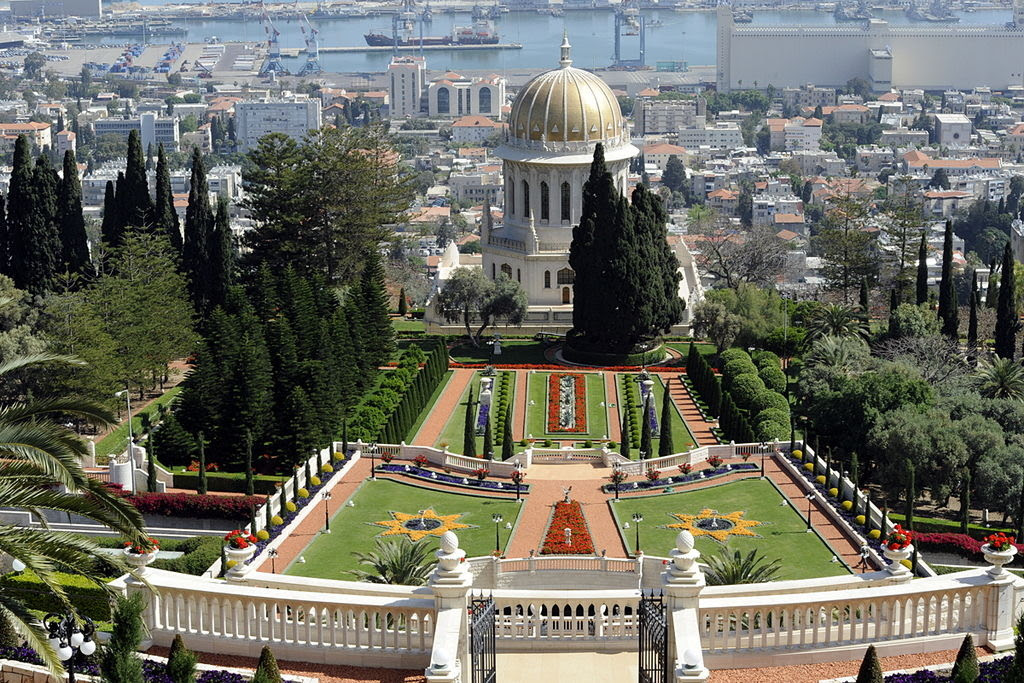 by Denis MacEoin
{ gatestoneinstitute.org } ~ Anglican Bishop Graham Tomlin, heads the diocese of Kensington in the Royal Borough of Kensington and Chelsea... which has many of London's most expensive residential properties, is undoubtedly a man of brains and good works. On May 26, 2018, however, he published in The Times an article, entitled, "If this rich vein of wisdom disappears, a part of us dies". The "rich vein of wisdom" to which he refers is the long tradition of Christian thought and experience in the region where the religion first appeared, and was handed down through centuries of Islamic rule. For the most part, the article is a well-argued defence of Christians in the Middle East: The systematic persecution of Christians in the Middle East is a serious threat. The number of Christians in Middle Eastern countries has fallen from about 20 per cent to 4 per cent in recent years and regular bomb attacks on Christians in Egypt are becoming part of a deadly pattern...
https://www.gatestoneinstitute.org/12560/bishop-graham-tomlin-israel
.
McCaul optimistic immigration bill will pass House
despite Trump's lament about 'wasting time' 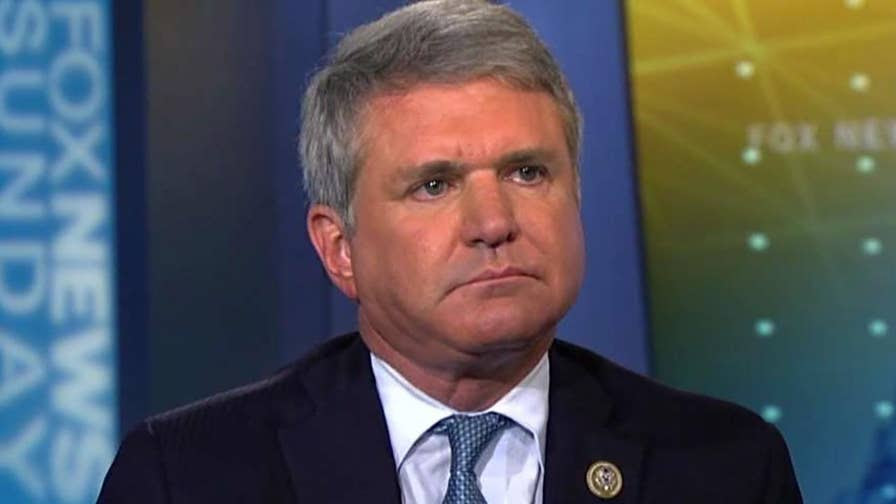 by Andrew O'Reilly
{ foxnews.com } ~ Rep. Mike McCaul said on Sunday that while he is optimistic that a so-called consensus bill on immigration can be passed next week... the biggest issue that needs to be addressed immediately is the separation of migrant children from their parents at the U.S.-Mexico border. “At minimum, we have to deal with the family situation,” McCaul, R-Texas, who is the chairman of the House Homeland Security Committee, said during an interview on “Fox News Sunday” with Chris Wallace. “It’s inhumane.” McCaul added that he believes the updated immigration legislation will pass in the House next week. GOP leaders abruptly pulled a compromise immigration bill from consideration on Thursday amid concerns that it would not garner broad Republican support...Doesn't McCaul realize that the EO does away with separation of kids from their parents. Depending on the judge's ruling in Calif.
http://www.foxnews.com/politics/2018/06/24/mccaul-optimistic-immigration-bill-will-pass-house-despite-trumps-lament-about-wasting-time.html
VIDEO:  http://video.foxnews.com/v/5801247869001/
.

Take Talia Lavin, a young journalist who has enjoyed a meteoric rise. Her pedigree appears impeccable on its face: She graduated with a degree in comparative literature from Harvard University six years ago. After graduation, she won a Fulbright Scholar fellowship to study in Ukraine. She "worked in all realms" of the Jewish Telegraphic Agency news agency and wire service, copy-edited for the feminist Lilith Magazine, and contributed stories and translations for the Huffington Post.

Lavin has held the coveted position of "fact-checker" for the revered New Yorker for the past three years. The publication brags that its "fact-checking department is known for its high standards." It demands the ability "to quickly analyze a manuscript for factual errors, logical flaws, and significant omissions." The editorial department requires "a strong understanding of ethical reporting standards and practices" and prefers "proficiency or fluency in a second language."

Impressively, Lavin speaks four languages Russian, Hebrew, Ukrainian and English. Her abdication of ethical reporting standards, however, raises fundamental questions not only about her competence, but also about her integrity — not to mention the New Yorker's journalistic judgment.

Lavin, the professional fact-checker, rushed to judgment. She abused her platform. Amid the national media hysteria over President Donald Trump's border enforcement policies, Lavin derided a photo of Gaertner shared by ICE, which had spotlighted his work rescuing abused children. Scrutinizing his tattoos, she claimed an image on his left elbow was an Iron Cross — a symbol of valor commonly and erroneously linked to Nazis.

The meme spread like social media tuberculosis: Look! The jackboots at ICE who hate children and families employ a real-life white supremacist.

Only it wasn't an Iron Cross. It was a Maltese Cross, the symbol of double amputee Gaertner's platoon in Afghanistan, Titan 2. He lost both legs during an IED-clearing mission and earned the Navy and Marine Corps Achievement Medal with Combat Valor and the Purple Heart before joining ICE to combat online child exploitation.

When actual military veterans, whom Lavin failed to consult before defaming Gaertner so glibly, pointed out that the image looked more like a Maltese Cross, Lavin deleted her original tweet "so as not to spread misinformation."

Too damned late. The harm to Gaertner's name and honor is irreparable and cannot be unseen, unread or unpublished.

The New Yorker issued an obligatory apology and acknowledged that "a staff member erroneously made a derogatory assumption about ICE agent Justin Gaertner's tattoo." But what consequences will there be for her journalistic malpractice? Who is supervising her work at the famed publication? What other lapses might she be responsible for during her present and past stints as a checker of facts and arbiter of truth?

The magazine editors claim "we in no way share the viewpoint expressed in this tweet," yet the abject ignorance of, and knee-jerk bigotry against, law enforcement, immigration enforcement and the military underlying Lavin's slime run rampant in New York media circles. And they all know it.

Lavin has not commented on the matter and instead turned her Twitter account private. But we can infer her attitude about her present troubles from a defiant piece she published just last week in The Forward magazine, where she pens a regular column. Titled "No, We Don't Have To Be Friends with Trump Supporters," the piece, laden with Nazi allusions, decries asylum reform, strengthened borders and ICE agents enforcing the law.

Rejecting calls for decency in public debate over these contentious matters, she spat:

"Tough nuts, sugar. When they go low, stomp them on the head."

"It is high time, when you find yourself next at a dinner party with someone who has gone Trump, to smash your glass to shards and leave. It is time to push yourself away from the table. It is time to cease to behave with subservient politesse towards those who embrace barbarity with unfettered glee."

Better "gone Trump" than gone mad. In her unfettered haste to condemn those with whom she disagrees, the New Yorker's professional fact-checker failed to check her own toxic biases. Lavin's act was no innocent gaffe. Like the journalists-turned-propagandists who have falsely spread Obama-era photos of immigrant detention centers to attack the Trump White House, Lavin engaged in mass manipulation under the guise of resistance journalism.

Truth is collateral damage.
https://www.cnsnews.com/commentary/michelle-malkin/michelle-malkin-weapons-mass-manipulation?mkt_tok=eyJpIjoiTjJOak9EUmpNalkzT0dJeCIsInQiOiJvK3VCOUJ6bXVpMWpsTUwrWlRjbTJSd3czS1BEMmpwWDFXTU5NVzdvUnc0b1VSWFJZVGJEcmpROWJra00xdnVqQWpJZkF6d3R0dE41cStvam9vcGRIdzV2QUtlK3hnSm05SVM3NjVFY1VHbldvR2pGelRxK0ROR25DTDFReFNGcSJ9
E-mail me when people leave their comments –
Follow