by sundance
{ theconservativetreehouse.com } ~ Author and columnist Sidney Powell appeared last night on Lou Dobbs television show to discuss the special counsel investigation... the testimony of Bruce Ohr, and the bigger issues surrounding the abuse of the Foreign Intelligence Surveillance Act (FISA). Mrs. Powell is one of the few knowledgeable people who reminds the audience where the origin the political surveillance operation began; the abuse of the NSA and FBI databases; which led to the corrupt abuse of the FISA court. Great interview:
https://theconservativetreehouse.com/2018/09/08/sidney-powell-discusses-robert-muellers-team-bruce-ohr-and-the-bigger-fisa-picture/
VIDEO:  https://www.youtube.com/watch?v=9joc3fC3PAI
.
‘Surge’ of African refugees seeking entry
into U.S. through Mexico border

by conservativeinstitute.org
{ conservativeinstitute.org } ~ A Catholic reverend and migrant advocate described to UPI the migrants’ long, circuitous path from Africa to the United States... “After leaving Cameroon, Angola and the Congo they arrived in South America,” Rev. José Valdés said. “Then they made it to Guatemala, and after crossing into Mexico at Tapachula, Mexican authorities provided them with two-week transit visas so they could cross through the country legally to the United States, where they are seeking asylum.” Some of the refugees, many of whom are fleeing war and religious persecution, travel for three years or longer. Valdés said that “at least 16 nuclear families with children” waited in Piedras Negras to make an appointment for asylum within the U.S. “The Africans came to Piedras Negras because they heard it is a safer border city than the rest,” Valdés said...  https://www.conservativeinstitute.org/national-sovereignty/border-security/surge-african-refugees-entry.htm?utm_source=boomtrain&utm_medium=automated&utm_campaign=ci2&utm_source=boomtrain&utm_medium=automated&utm_campaign=ci2
.
Ezra Levant Contemplates Justin From Canada
Intentionally Sabotaging U.S-Canada Trade Deal

by sundance
{ theconservativetreehouse.com } ~ Ezra Levant from Rebel Media outlines even more evidence of Justin from Canada taking specific steps to intentionally sabotage the Canadian economy... A few days ago Mr. Levant posited some interesting considerations: If Justin were NOT intentionally trying to bring hardship to Canadians, what would he be doing differently? After this broadcast the employment report from the Canadian government was published. The economy lost 52,000 jobs in August alone. Read THIS https://www.pipelinenews.ca/opinion/columnists/8-000-jobs-disappeared-this-morning-and-one-of-them-was-mine-1.23419145 to see just one example of Justin destroying 8,000 Canadian jobs in a 24 hour period: “Eight thousand jobs disappeared this morning, and one of them was mine.”...
https://theconservativetreehouse.com/2018/09/08/ezra-levant-contemplates-justin-from-canada-intentionally-sabotaging-u-s-canada-trade-deal/
VIDEO:  https://www.youtube.com/watch?v=_pI-9LRnvT0
.
Death as Punishment "for Disbelief":
Extremist Persecution of Christians, February 2018 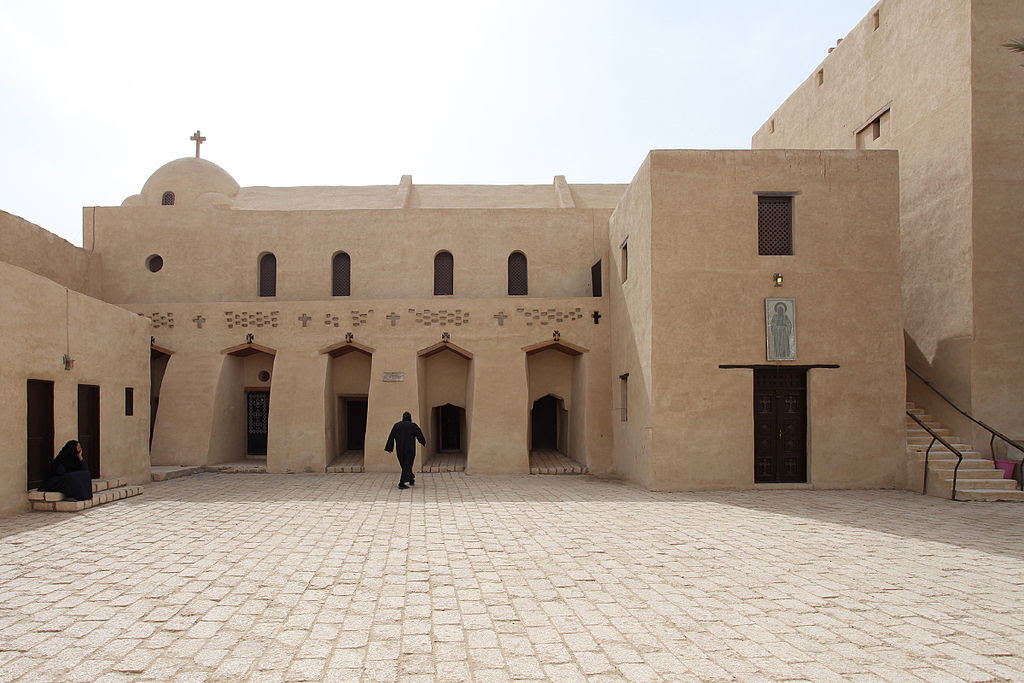 by Raymond Ibrahim
{ gatestoneinstitute.org } ~ The jihadi assault on, and massacre of, Christians continued unabated throughout the Muslim word... According to one  report titled, "Armed gangs WIPE OUT 15 villages in mass Christian slaughter in Nigeria," several Islamic terrorists "stormed through 15 villages to massacre Christians and destroy their churches in a violent crackdown against the religion.... Dozens of people have been killed after the gangs ransacked towns and villages to clear them of all aspects of the Christian faith. Houses belonging to believers have also been razed with authorities doing little to help..." According to a human rights activist, "One attack took place in broad daylight, as people were about to go to church. The assailants chased and killed the villagers and burned down nine churches and many more houses." An open letter to Nigerian president Muhammadu Buhari lamented that since he came to power, the plight of Christians has gone from bad to worse: 16,000 Christians have been killed—many in the name of jihad—since June 2015, when Buhari became president. The letter states: "... the estimated 30 million Christians in Northern Nigeria who form the largest minority in a predominantly Muslim environment, have for decades, suffered marginalization and discrimination as well as targeted violence especially in the hands of organized mob violence and violent groups such as Boko Haram and Fulani Herdsmen...
https://www.gatestoneinstitute.org/12982/death-punishment-disbelief
.
The Broken Soapbox
by Gregory Buls
{ americanthinker.com } ~ Social media entered our world with a promising offer: you can communicate here – with virtually everyone on Earth... For years, a wide range of views were tolerated, and every popular voice enriched the creators of the platforms by drawing millions of eyes and ears. These platforms fast eclipsed other means of communication specifically because they offered such an open and effective means of reaching out to others. But now social media have a near monopoly on public discourse, and the age of censorship has arrived. Ideas and messages that once were tolerable are now forbidden. Users have spent a decade or more building their audience with a consistent message – and thus filling the platform-owners' pockets – and now find themselves banned when their message hasn't changed. In no other arena of commerce would owners be considered justified in arbitrarily changing the rules to exclude certain customers, particularly if the reasons were amorphous, largely unexplained, and applied to a certain type of customer and not to others. Something sinister is afoot. Understanding and dealing with it responsibly is essential to preserving the free exchange of ideas – a bulwark of our civic culture and a foundation of American exceptionalism. The argument is made that these platforms are private firms with a right to determine their own policies. But that raises the real questions, which are these: 1. Have social media in fact become the public soapbox? The answer here is undeniably "yes," and certain facts about this reality are undeniable. First, in America, the soapbox has a uniquely revered position; it is supposed to be a level platform on which any can stand. Our right to speak freely has some limitations, but those limits are spelled out by centuries of experience and jurisprudence. The idea that anyone outside law enforcement can stand next to the soapbox with a cudgel is alien to the American experience. Second, is it remotely possible that private property rights can apply to the public soapbox? The platform-owners did an amazing job of building their businesses into the modern soapbox, but can that fact remove the right of people to use it in ways that have always been considered legal?...   https://www.americanthinker.com/articles/2018/09/the_broken_soapbox.html
.

by Brian Mark Weber:  On Tuesday of this week, Amazon joined Apple as the only other company with a $1 trillion valuation. Other corporations moving in to join the list include Microsoft and Alphabet (which owns Google). On the subject of giant corporations, we’re told that while their CEOs draw multimillion-dollar annual salaries, many of their employees hover just above the poverty line. But is this true? And if so, what should be done?

Most Americans likely agree that workers deserve a fair wage, and that CEOs like Amazon’s billionaire socialist Jeff Bezos (owner of The Washington Post) are paid too much money, but in a free-market system the wages and salaries of workers are determined by the value of labor within the system, not by bureaucrats or polls. And this prompts the question: Should the federal government force companies to pay higher wages?
commie-Bernie Sanders, the socialist senator from Vermont, thinks so. And he’s got an even bolder plan. Along with Rep. Ro Khanna (D-CA), commie-Sanders has drafted a bill called the Stop BEZOS (Stop Bad Employers by Zeroing Out Subsidies) Act, which would tax large corporations at a rate equal to the amount of federal benefits their employees receive from the government.
(Did we mention that Sanders owns three homes, including a $600,000 lake house?)
commie-Sanders relies on bogus research that, as Investor’s Business Daily notes, lumps in with regular workers “those putting in as little as 10 hours a week, 27 weeks of the year. It’s hardly surprising that some of these part-time, transient workers rely on government benefits, but that’s not Amazon’s fault.”
Emily Stewart writes at Vox, “How the commie-Sanders/Khanna legislation would be implemented is not clear. Sanders’s office says that the IRS would have to consult with the United States Department of Agriculture, Department of Housing and Urban Development, and the Centers for Medicare and Medicaid Services to issue regulations to make it work. They haven’t offered more specifics.” No surprise there. The devil is always in the details.
And don’t think for a second that if this bill ever becomes law it would be the last stage in the process. Imagine if dummycrats-Democrats had the power to nationalize health care again or guarantee other government services for every citizen. Corporations would then be forced to cover the social costs of all their workers, not just those at the lower end of the economic ladder.
But this plan is pure political theater to motivate the dummycrats-Democrat base in the midterms. After all, a recent poll revealed that they now prefer socialism to capitalism. And if dummycrats-Democrats take back Congress in November, look for a bill like this to come up for a vote.
commie-Sanders’s proposal to tax corporations is yet another “feel good” progressive solution that solves nothing.
In fact, it causes other problems that we’re already seeing in certain industries. One of the side effects of the Stop BEZOS proposal includes companies replacing workers with automation or raising consumer prices in order to pay for the tax. They may also be more likely to find loopholes in order to avoid the taxes. And since there are plenty of middle-class Americans who receive  government assistance in one form or another, companies may be hesitant to hire low-income workers in the first place. This is the slippery slope of socialism trying to ride on the back of capitalism, and it ends up hurting workers and consumers every time.
As for the notion raised by some on both the Left and the populist Right that we’re already subsidizing employees of these companies, the American Enterprise Institute’s Michael R. Strain writes, “Walmart, Amazon and McDonald’s are not being subsidized by taxpayers because some of their employees receive assistance from safety-net programs. Instead, employers of lower-wage workers are surely reducing safety-net rolls.”
Nonetheless, dummycrats-Democrats are portraying this issue as the rich taking from the poor. And this, of course, is their go-to strategy for mobilizing working-class and poorer voters to support various progressive schemes. But the reality is far more complex, and the government is simply not capable of replicating the value of work in a free-market system.
The Stop BEZOS Act is only the first step, but instead of penalizing corporations, we need to focus on the root causes of wage stagnation and poverty. We should be looking to expand the economy and raise wages through free-market solutions rather than oppressive taxation. Doing so can help us ensure that fewer of our fellow Americans will need a social safety net in the first place.