I would like to thank the following people for allowing us to use their platform to get our message out there in 2014. I have added their names and links, so you can check them out. 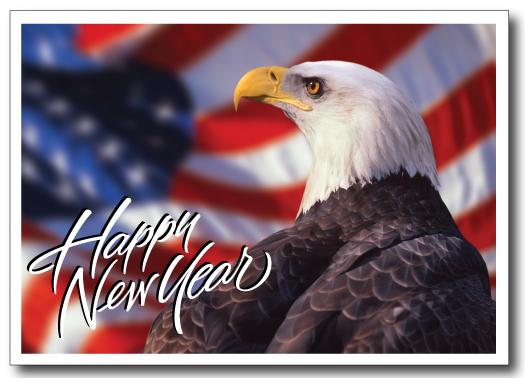 Thank you so much and we look forward to next year. Happy New Year and God Bless.

"Americas must realize that self-scrutiny is not treason. Self-examination is not disloyalty."

Seek the truth and expose the collaborators, the people must know the truth.

The Path to Nazi Genocide will be a duplication strategy of the US Government.

Fellow Americans, the extermination of millions, will be repeated again here in these United States, Hitler was able to kill millions of Jews with the help of the Nazi collaborator and the Christian hatred toward Jews. Today our government is recruiting Christian preacher to help them in the control and subjugation of Americans patriots to be place in concentration camps wen they start defending their rights and confronting the corrupt government that is destroying our country.

Most American will think that this is impossible, just like the German Jews, they can't believe that Hitler will arrest them and place them in concentration camps and exterminate them; but it happen.

Fellow Americans the fall of the Dollar will be the beginning of this human genocide, the people will turn against the government and the government will place them in concentration camps and will kill millions with the help of Christian pastors that are trained to obey the laws of this tyrannical corrupt government. I ask you to open your eyes and see what is taken place in our country.

1- The building of concentration camps in the United States

2- The buying of food supply for millions.

3- the buying of coffins, why?

4- Why HLS is expending millions in ammo.

5-Why the militarization of our police force.

6-Why our government is collecting information on American citizens.

7-Why our government is recruiting pastors and training to act as collaborators.

History of human extermination will be repeated again here in the USA.

The church should not be part of this agenda.

Father, today we come to you to thank you for all your blessing and pray for all the mothers in the world. We praise the woman that become mothers and preserve the existence of humanity. They are your creation and to be a mother is a holy privilege and a gift from you my Lord; becoming a mother is the greatest joy that a woman can have in her life, when she gave birth we know that the Children are a gift from you my Lord and we are full of joy that a child is born into the world; they are an heritage of you my LORD: and the fruit of the womb is her reward.

Father you specially designed the woman physically and emotionally to not only conceive and bear a child but to nurture and raise a child as well, we ask for your blessing and pray for your protection of the whole family and let nothing compromise the love and duty to rise the child under your laws and principles. Mothers should be willing to put God first and seek to dedicate her child to the service of the Lord.

Lord blessed is the mothers that follow you and give their Childs the knowledge of the kingdom of God. Amen.

Mothers are very special, God could not be everywhere, and therefore he made mothers.

Lord Jesus Christ, before you ascended into heaven you gave us the great commission to “Go out into the whole world and baptize in the name of the Father, Son and Holy Spirit”. We ask you to forgive us as we have failed to do your will.

We believe that you are a God of purpose, you allowed for the people of this country to elect Obama as our president, Lord you have made possible to us to see what an anti-Christ, sociopath and psychopath in power will do to demise God’s country. Only Obama a man without any moral conscience will be able to be the protagonist of all the crimes cover-up and corruption done in this country, to benefit the elite of this country that want to control the world’s economic and enslave your people. Lord your revelation that we the people of faith will save America will be done.

Dear Jesus, give us the wisdom and courage to free your people. Americans need to study the agenda call "globalization" and what it will be the outcome if this become a reality. We must fight corruption and the anti-Christ and save our country from its own demise, Lord Jesus, get all the people of this country to become one united to fight corruption and free your people now. We know that you are with us and we shall overcome. Amen.    http://anticorruptionact.org/

Loving Father, we thank you for blessing our country; we praise you for everything you give us, and we thank you for your Generosity. Everything we have, and all that we are, comes from you. Help us to be grateful and responsible.  You have called us to follow your son, Jesus, without counting the cost. Send us your Holy Spirit to give us courage and wisdom to be faithful disciples.  We commit ourselves to being good stewards. Help us to be grateful, accountable, generous, and willing to give back with increase. Help us to make stewardship a way of life and never compromise our faith for any material gains.

Father blesses American the land of the free, your precious gift to us. Amen.

O say, can you see, by the dawn's early light,
What so proudly we hail'd at the twilight's last gleaming?
Whose broad stripes and bright stars, thro' the perilous fight,
O'er the ramparts we watch'd, were so gallantly streaming?
And the rockets' red glare, the bombs bursting in air,
Gave proof thro' the night that our flag was still there.
O say, does that star-spangled banner yet wave
O'er the land of the free and the home of the brave?


On the shore dimly seen thro' the mists of the deep,
Where the foe's haughty host in dread silence reposes,
What is that which the breeze, o'er the towering steep,
As it fitfully blows, half conceals, half discloses?
Now it catches the gleam of the morning's first beam,
In full glory reflected, now shines on the stream:
'Tis the star-spangled banner: O, long may it wave
O'er the land of the free and the home of the brave!


And where is that band who so vauntingly swore
That the havoc of war and the battle's confusion,
A home and a country should leave us no more?
Their blood has wash'd out their foul footsteps' pollution.
No refuge could save the hireling and slave
From the terror of flight or the gloom of the grave:
And the star-spangled banner in triumph doth wave
O'er the land of the free and the home of the brave.


O thus be it ever when free-men shall stand
Between their lov'd home and the war's desolation;
Blest with vict'ry and peace, may the heav'n-rescued land
Praise the Pow'r that hath made and preserv'd us a nation!
Then conquer we must, when our cause it is just,
And this be our motto: “In God is our trust!”
And the star-spangled banner in triumph shall wave
O'er the land of the free and the home of the brave!

On Sept. 13, 1814, Francis Scott Key visited the British fleet in Chesapeake Bay to secure the release of Dr. William Beanes, who had been captured after the burning of Washington, DC. The release was secured, but Key was detained on ship overnight during the shelling of Fort McHenry, one of the forts defending Baltimore. In the morning, he was so delighted to see the American flag still flying over the fort that he began a poem to commemorate the occasion. First published under the title “Defense of Fort M'Henry,” the poem soon attained wide popularity as sung to the tune “To Anacreon in Heaven.” The origin of this tune is obscure, but it may have been written by John Stafford Smith, a British composer born in 1750. “The Star-Spangled Banner” was officially made the national anthem by Congress in 1931, although it already had been adopted as such by the army and the navy.

To put it another way: It is either THE GREATEST RENAISSANCE EVER or THE MOST HORRIFIC DARK AGE EVER.

MAKE YOUR CHOICE AND MAKE IT   N O W.

DAVID FRISKO TEACHER which you can google.

D/B/A "America's Teacher"  My mission statement, while I was in The Greater Syracuse Chamber of Commerce for the year 2010-2011:

My name is DAVID FRISKO TEACHER and I am a VISIONARY IDEOLOGICAL MEDIATOR and an INDEPENDENT PHILOSOPHIC THEOLOGIAN who has a CALLING similar to that of MOSES, of the Old Testament of the HOLY BIBLE.  The words of MOSES that appear on the LIBERTY BELL and also apply to me: "PROCLAIM LIBERTY THROUGHOUT THE LAND, UNTO ALL THE INHABITANTS THEREOF."
May GOD BLESS AMERICA AGAIN as He/She did in the beginning of These United States of America which are now Dis-Uniting at an ever increasing rate.

WE HAVE A PROBLEM : A-LOT OF YOUNG PEOPLE IN THIS COUNTRY DO NOT KNOW ANY THING ABOUT

IT'S HISTORY. DO NOT KNOW WHAT IT MEANS TO THE WORLD, AND DO NOT CARE. THIS GENERATION

SPECIALLY. THEY WERE WORKING VERY HARD TO MAKE A BUCK. NOT LOOKING OUT, ONLY IN WORD.

ANYTHING ABOUT POLITICS, RELIGION, OUR OTHER PEOPLE IN THE AREA , STATE AND THE WORLD !

DO NOT CARE, ONLY IF IT AFFECTS THEM OR WHAT THEY ARE EATING AT THE TIME.

THESE ARE THE PEOPLE WE NEED TO REACH ~ WITH THE TRUTH, ON WHAT IS GOING ON IN OUR

COUNTRY RIGHT NOW ~ THAT IS THE TEA PARTY'S GOAL 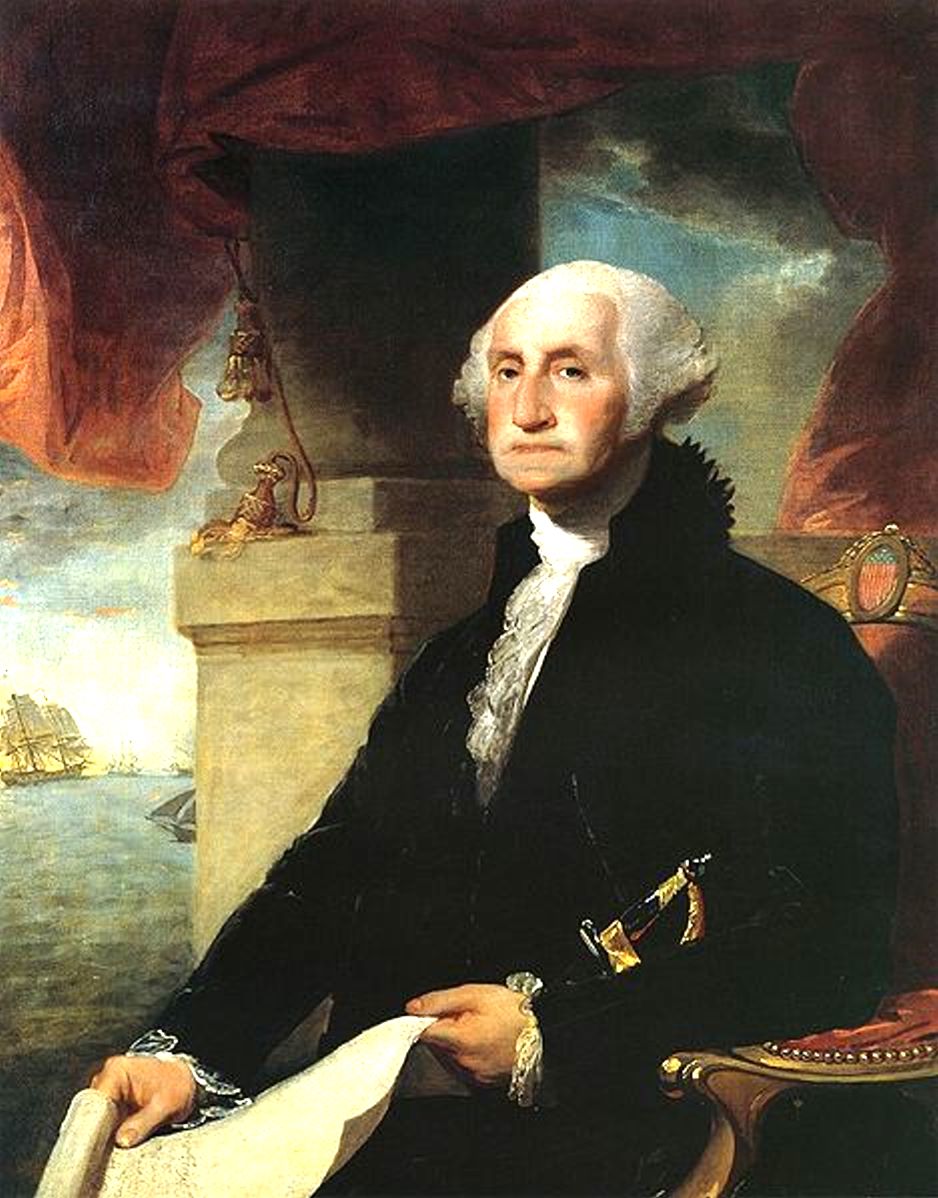