.
Chairman scumbag liar-Nadler Lies Through
His Teeth About the Kabuki Hearing 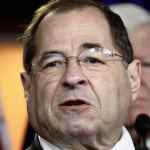 by S.Noble
{ .independentsentinel.com } ~ The Kabuki Theater continues, courtesy of the angry congressional Democrats. Today, the very nasty leftist Rep. scumbag liar-Jerry Nadler, Chair of the House Judiciary Committee... held a hearing without Attorney General Bill Barr who was scheduled to attend until he cancelled yesterday. scumbag liar-Nadler wanted to make a scene and, apparently, lie. Right off the bat, you all should know that after the fuss scumbag liar-Nadler made about wanting to see every word of the dirty cop-Mueller report and the underlying evidence, only three people have gone to read the almost totally unredacted dirty cop-Mueller report. Those people are all Republicans, Sen. Mitch McConnell, Sen. Lindsey Graham, and Rep. Doug Collins. AG Barr offered to attend today’s hearing and, as a result, he’s not liable for any type of contempt charge. Yet, scumbag liar-Nadler, a proficient, knowledgeable attorney claimed they might hold him in contempt, knowing it’s not even an option. That was a lie. One of the Democrats put a chicken leg on the chair Barr would have sat on to show just how immature Democrats can be. scumbag liar-Nadler likened Trump to a “dictator” because Barr didn’t show. That of course was another lie and was blatantly illogical on the face of it. scumbag liar-Nadler knows it’s not true, but he can lie, get the soundbite out, and the media will not hold him accountable. They will, in fact, back him up...
https://www.independentsentinel.com/chairman-nadler-lies-through-his-teeth-about-the-kabuki-hearing/
VIDEO 1:   https://twitter.com/thehill/status/1123969141990404096?ref_src=twsrc%5Etfw%7Ctwcamp%5Etweetembed%7Ctwterm%5E1123969141990404096&ref_url=https%3A%2F%2Fwww.independentsentinel.com%2Fchairman-nadler-lies-through-his-teeth-about-the-kabuki-hearing%2F
VIDEO 2:   https://twitter.com/JudiciaryGOP/status/1123944334745841666
.
Pulosi Lies! Accuses Bill Barr of Lying,
Calls It a “Crime” 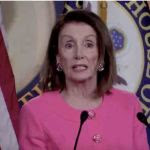 by S.Noble
{ independentsentinel.com } ~ During the hearings yesterday, Democrats tried to trip up Attorney General Bill Barr and ensnare him in a lie. They also accused him of lying in his previous testimony although he didn’t... Entrapment was obviously the intention of many of the Democrats. For example, they mostly gave speeches during their allotted time at Wednesday’s hearing before the Senate Judiciary, accusing Bill Barr of lying and offering no proof. Today, House Speaker Nancy Pulosi, D-Calif., called him a liar although Barr didn’t lie, and she knew full well he didn’t lie. She declared the Attorney General William Barr committed a crime by lying to Congress about a dispute with special counsel dirty cop-Robert Mueller over the findings in his report. “He lied to Congress,” Pulosi told reporters Thursday. “If anybody else did that it would be considered a crime.”Pulosi made the accusation as the House Judiciary Committee, led by Democrats, weighs a vote to hold Barr in contempt of Congress for refusing to turn over to the entire Congress the full, unredacted dirty cop-Mueller report. They can’t, of course, hold him in contempt for not attending Thursday’s hearing since he volunteered to attend the hearing and he can withdraw without penalty any time he wants. Therefore, they are trying to hold him in contempt over something that would require him to break the law. It’s against the law for Barr to turn over grand jury testimony and government secrets that are in the dirty cop-Mueller report. scumbag liar-Nadler could move to change that but he won’t. Instead, Democrats want to find Barr in contempt for not breaking the law...
https://www.independentsentinel.com/pelosi-lies-accuses-bill-barr-of-lying-calls-it-a-crime/
VIDEO 1:  https://twitter.com/JackPosobiec/status/1123982774816399360?ref_src=twsrc%5Etfw%7Ctwcamp%5Etweetembed%7Ctwterm%5E1123982774816399360&ref_url=https%3A%2F%2Fwww.independentsentinel.com%2Fpelosi-lies-accuses-bill-barr-of-lying-calls-it-a-crime%2F
VIDEO 2:  https://twitter.com/NBCNews/status/1123969155638661120?ref_src=twsrc%5Etfw%7Ctwcamp%5Etweetembed%7Ctwterm%5E1123969155638661120&ref_url=https%3A%2F%2Fwww.independentsentinel.com%2Fpelosi-lies-accuses-bill-barr-of-lying-calls-it-a-crime%2F
.
U.S. Steel Announces $1.2 Billion Investment
to Upgrade Pennsylvania Facilities

by ussteel.com:  The U.S. Steel and Aluminum industry has been a key focus of President Trump in an effort to reestablish a critical industry for America. Part of the administration strategy was broad-based tariffs aimed at curbing China’s dumping of government subsidized product globally... The broad global application of the tariffs defeated the Chinese trans-shipment strategy to avoid them. Despite opposition from Wall Street republicans and democrats purchased by K-Street lobbyists, the administration policy has been exceptionally successful at driving investment into the U.S. manufacturing base. The multinationals are furious. United States Steel Corporation is investing more than $1 billion in the place where our reputation as a trusted industry leader was first forged more than a century ago: our Mon Valley Works near Pittsburgh. The investment involves the construction of a cutting-edge, sustainable endless casting and rolling facility at Mon Valley’s Edgar Thomson Plant in Braddock, Pa., – the first of its kind in the United States – and a new cogeneration facility with state-of-the-art emissions control technology at the nearby Clairton Plant in Clairton, Pa.   https://www.ussteel.com/locations/mon-valley-works-investment
VIDEO:  https://www.youtube.com/watch?v=Tw_c2jn6Bag
.
Julian Assange Sentenced To
50 Weeks In Prison

by Tim Brown
{ freedomoutpost.com } ~ Last month, Wikileaks founder Julian Assange was arrested after spending seven years held up in the Ecuadorian Embassy in London.  On Wednesday... Assange was sentenced to 50 weeks in prison by a UK judge because he skipped bail in 2012 on now dropped rape and sexual assault charges, which would have had him extradited to Sweden. Judge Deborah Taylor denied his pleas for leniency considering what he was facing at the time with threats on his life and the now obvious false accusations against him. Taylor said, “By hiding in the embassy you deliberately put yourself out of reach, while remaining in the UK… In so doing, you exploited your privileged position to flout the law.” Assange did apologize for skipping bail as his attorneys explained that he did so because he was a "desperate man" fearing extradition to the United States...
https://freedomoutpost.com/julian-assange-sentenced-to-50-weeks-in-prison/
VIDEO:  https://www.youtube.com/watch?v=ZuQW0US2sJw
.
An 8-Year Media Lie About How
the Syrian War Started is Finally Exposed

by Daniel Greenfield
{ frontpagemag.com } ~ The end of the big lie about the origins of the Syrian Civil War began on the Arizona border... Claas Relotius, a German reporter for Der Spiegel, had written a piece about being embedded with a militia patrolling the Arizona border for  illegal migrants. Gullible German leftist readers were regaled with tales of the militia, whose leader called Mexicans "bean eaters" and, at the end of the article, opened fire into the night. It was one of a series of Relotius articles delving into Trump country with novelistic accounts of pro-Trump Americans that confirmed all the stereotypes of Der Spiegel’s readers. But the residents depicted in the Minnesota town in which ‘Where They Pray for Trump on Sundays’ is set quickly pointed out that much of the article was factually wrong and that Relotius had never even bothered talking to the people he claimed to have been writing about. And a woman doing media relations for the militia  contacted Der Spiegel and informed the magazine that he had never been there. That was the beginning of the end. But  Relotius had not confined his creative journalism to depictions of Trump’s America. He was better known for his writing about the Middle East. As the scandal that was about to demolish his reputation was breaking, Relotius was receiving a Journalist of the Year award for a very different kind of story. That award and a number of others, including two from CNN, would soon be returned or withdrawn. But the exposure of the particular story that Relotius was receiving an award for on that day has been slow in coming because its roots go deep into a fake news matrix that predates the fraud of one German reporter. It’s the story of an eight-year fake news scam used to mythologize the Syrian Civil War...
https://www.frontpagemag.com/fpm/273597/8-year-media-lie-about-how-syrian-war-started-daniel-greenfield
.
.

Political Editors:  “The collusion truthers have morphed into coverup truthers so the reported Mueller complaint will be with us awhile, never mind that he found no actual inaccuracies in the Barr memo.” So said political analyst Brit Hume in response to The Washington Post’s report on a leaked letter from Special Counsel dirty cop-Robert Mueller supposedly complaining about the way Attorney General William Barr handled his executive summary of dirty cop-Mueller’s final report. Media actors are accusing Barr of a “coverup.”

Before we get to the letter, let’s call the Washington Post’s story what it is: A leak by some deep-state actor (the Post doesn’t reveal how it obtained the letter) politically timed for maximum damage to Barr and the Justice Department ahead of Barr’s congressional testimony today and tomorrow. It’s also part of the plan to churn this whole narrative to keep President Donald Trump on the ropes all the way through the 2020 election. Democrats now have an excuse to clamor for dirty cop-Mueller to testify, as Senate Minority Leader Chuck scumbag-Schumer and House Intelligence Committee Chairman and Chief Witch Hunter scumbag-Adam Schiff have already done.

“The summary letter the Department sent to Congress and released to the public late in the afternoon of March 24 did not fully capture the context, nature, and substance of this office’s work and conclusions,” dirty cop-Mueller wrote. “There is now public confusion about critical aspects of the results of our investigation. This threatens to undermine a central purpose for which the Department appointed the Special Counsel: to assure full public confidence in the outcome of the investigations.”

As Andrew McCarthy put it, “So [Mueller] wasn’t saying the letter was inaccurate, but was worried about media coverage and whether his narrative would dictate it. Story of the whole investigation.”

And former House Speaker Newt Gingrich concluded, “After all the noise you just shrug your shoulders and say, ‘So what?’ dirty cop-Mueller had every opportunity to come out the day that Barr released his letter. dirty cop-Mueller could have at any point decided to refute it and as I understand the actual key sentences, the distortion is by the news media. The distortion is not by Barr. Think about this. The media that dirty cop-Mueller is complaining about are the people who are now using dirty cop-Mueller’s complaint to further distort what is going on. You couldn’t make this up.”  ~The Patriot Post