0
TheFrontPageCover
~ Featuring ~
Memo to Dan Rather: Shut up about memos
by MICHELLE MALKIN 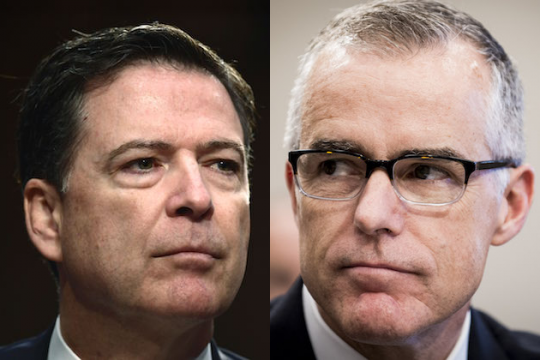 by Elizabeth Harrington
{ freebeacon.com } ~ Of course their love is limited to top cops who misled the FISA court to get a surveillance warrant on a private citizen... inserted themselves into the 2016 election, stonewalled Congress, and showed political bias. Not exactly the rank and file, but at least it's something. The sudden support for law enforcement is of course a reaction to President Trump, who they claim is engaging in an "all out attack on the rule of law." The New York Times says pointing out that the FBI used political opposition research paid for by the Democratic party as the basis for a warrant to spy on a volunteer member of the opposing political campaign is an "unparalleled war on a pillar of society: law enforcement."...   http://freebeacon.com/blog/democrats-media-love-cops-now/?utm_source=Freedom+Mail&utm_campaign=8bbe6ebec0-EMAIL_CAMPAIGN_2018_02_06&utm_medium=email&utm_term=0_b5e6e0e9ea-8bbe6ebec0-45611665
.
Crazy New 2018 Laws and Bills in Blue States

by americanlibertyreport.com
{ americanlibertyreport.com } ~ The New Year is well under way and that means we have a new opportunity to point at the leadership of blue states and laugh at them for their ineptitude... For some strange reason, President Donald Trump still hasn’t been impeached due to Russian collusion that never happened, taxes are being cut, the economy is booming, pay raises are happening, and immigration laws are being enforced like never before. To cope with the tsunami of conservatism that is Making America Great Again, blue states are simply going to try to legislate their way into a happy place — and that means they are proposing or enacting some of the nuttiest laws you will see this year. Here are some the craziest new laws that are either being considered or which will go into effect in blue states in 2018...  http://www.americanlibertyreport.com/articles/crazy-new-2018-laws-and-bills-in-blue-states/
.
.
This Program Stops Terrorists From
Entering the US and Should Be Expanded 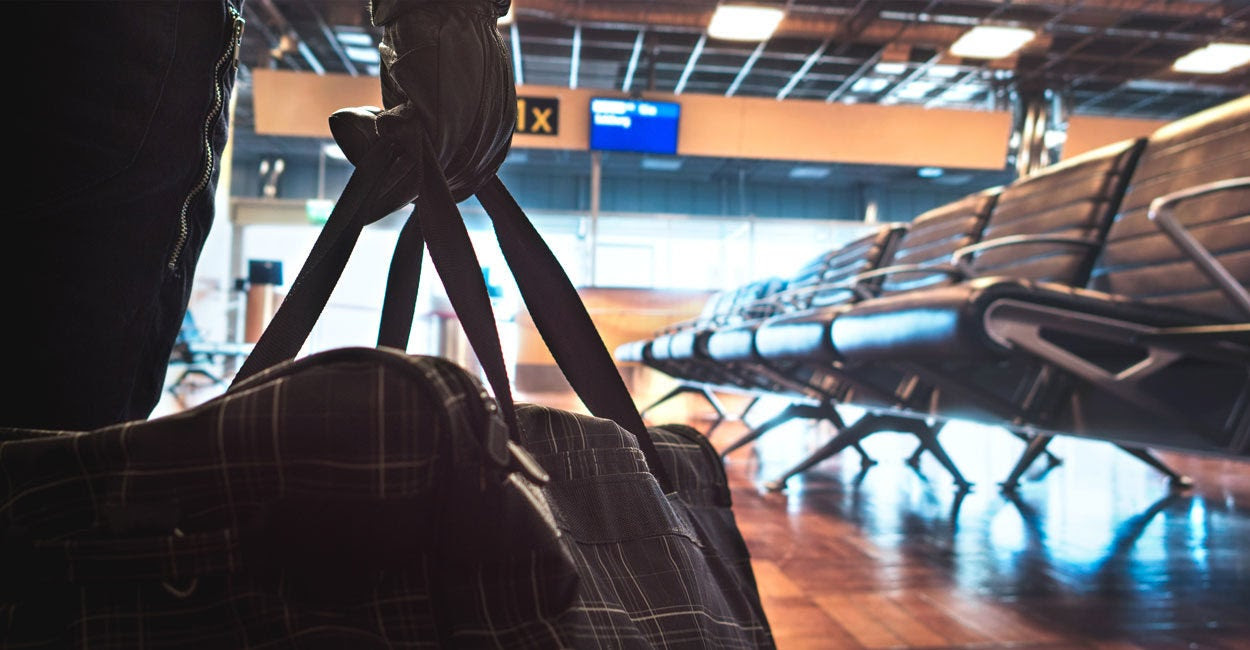 by Paul Fredrick and  David Inserra
We may be 16 years removed from 9/11, but make no mistake—terrorists are still trying to enter the United States... Kirstjen Nielsen, the new secretary of Homeland Security, made it clear as day in a recent speech on her department’s anti-terror efforts: On an average day, Homeland Security encounters seven individuals on the terrorist watch list seeking to enter our country by air, land, or sea. That’s 50 a week; 2,000 a year. These statistics highlight the sheer number of potential terrorists seeking to enter the U.S., and by extension, they show the importance of providing our security agencies with the best resources and information available. Without good intelligence on criminals and potential terrorists, U.S. security has a difficult time vetting those wishing to enter our country...  http://dailysignal.com/2018/02/06/program-stops-terrorists-entering-us-expanded/?utm_source=facebook&utm_medium=social&utm_campaign=tds-fb?utm_source=facebook&utm_medium=social&utm_campaign=tds-fb?utm_source=TDS_Email&utm_medium=email&utm_campaign=CapitolBell&mkt_tok=eyJpIjoiTmpsbE1HWmxNVGhqTVdJeiIsInQiOiJpZVd3Z3MwbHhMb1wvc21rMUdBKzdMbE9rckduRXYrcjRyN2VCTk1pU3djWGZhYm5mengxTU5jMjlBcjdlZzBQNVFJZ0l3MVJCS092WlNsOEl2YmRcL1VPSFlcL1A0em5tcUl2VHM5VzBXWXBQeSt4MVNMVkpXQWQzUG5KYTErTlBQRCJ9
.
FBI lovers' latest text messages:
liar-nObama 'wants to know everything'
by Jake Gibson
{ foxnews.com } ~ Newly revealed text messages between FBI paramours Peter Strzok and Lisa Page include an exchange about preparing talking points... for then-FBI Director James Comey to give to President liar-nObama, who wanted “to know everything we’re doing." The message, from Page to Strzok, was among thousands of texts between the lovers reviewed by Fox News. The pair both worked at one point for Special Counsel Robert Mueller's probe of alleged collusion between the Trump campaign and Russia. Page wrote to Strzok on Sept. 2, 2016, about prepping Comey because "potus wants to know everything we're doing." According to a newly released Senate report, this text raises questions about liar-nObama's personal involvement in the liar-Clinton email investigation...  http://www.foxnews.com/politics/2018/02/07/more-texts-between-strzok-and-page-uncovered-lead-to-more-questions.html
VIDEO:  http://video.foxnews.com/v/5723727338001/
.

.
Memo to Dan Rather: Shut up about memos

by MICHELLE MALKIN
{ wnd.com } ~ Old liberal media liars never fade away. They just rage, rage against the dying of their dinosaur industry’s light.

I’m looking at you, Dan Rather

After years of trashing alternative media, which exposed the veteran CBS News reporter’s monumental Memogate fraud in 2004, Rather has joined the ranks of pajama-clad online broadcasters. The 86-year-old grandfather of fake news now uses Facebook, YouTube and Twitter to stoke the left’s anti-Trump resistance – all while clinging bitterly to the vestiges of his defunct “legendary” newsman persona.

“Most respectable analysts,” Rather asserted, “have determined that the contents of the memo are thin.”

“With the release of the memo,” Rather railed, “the goal of the White House and its willing enablers is to make what is really the truth into a forgettable sidebar.”

He lambasted “cherry picking” and taking things “out of context.” And, Rather fretted, “what will be the endgame if a big segment of the public confuses what they hope to be true with what turns out to be true?”

This “disgraced former journalist” fraudster’s got more gall than a bladder bank.

Document Dr. Dan is the man who fronted the notorious “60 Minutes” propaganda hit piece on George W. Bush based on fake documents about his Texas Air National Guard service in the 1970s and nonexistent sources upon whom Rather’s team relied to verify these documents.

If that self-validating circularity of bogusness sounds eerily similar to what the Nunes memo revealed, you’ve been paying attention.

Rather and his CBS team perpetuated journalistic fraud of the highest order. Conservative bloggers and alternative media called out Dan Rather and his con-artist producer Mary Mapes for their malpractice. CBS denied this and delayed addressing the hoax. The mainstream media tried to shoot the messenger and discredit critics of CBS/Rather.

The evidence of bias was overwhelming – forcing CBS to appoint an independent review panel that concluded that the network “failed to follow basic journalistic principles in the preparation and reporting of the piece,” was “rigid and blind” in its defense, and demonstrated “myopic zeal” in its manufacturing of the Bush/National Guard fraud. After the report was issued, Mapes and three executives were fired and the editorial practices at CBS were revamped.

The New York Times infamously coined the phrase “fake but accurate” to describe the left’s stubborn defense of the four manufactured memos attributed to Texas Army National Guard commander Lt. Col. Jerry Killian. Less remembered are the scathing conclusions of the independent panel that identified these worst defects of Rather’s work in 2004:

“1. The failure to obtain clear authentication of any of the Killian documents from any document examiner;

“2. The false statement in the September 8 Segment that an expert had authenticated the Killian documents when all he had done was authenticate one signature from one document used in the Segment;

“3. The failure of 60 Minutes Wednesday management to scrutinize the publicly available, and at times controversial, background of the source of the documents, retired Texas Army National Guard Lt. Col. Bill Burkett;

“4. The failure to find and interview the individual who was understood at the outset to be Lt. Col. Burkett’s source of the Killian documents, and thus to establish the chain of custody;

“5. The failure to establish a basis for the statement in the Segment that the documents ‘were taken from Colonel Killian’s personal files’;

“7. The failure to interview a range of former National Guardsmen who served with Lt. Col. Killian and who had different perspectives about the documents;

“8. The misleading impression conveyed in the Segment that Lt. Strong had authenticated the content of the documents when he did not have the personal knowledge to do so;

“9. The failure to have a vetting process capable of dealing effectively with the production speed, significance and sensitivity of the Segment; and

“10. The telephone call prior to the Segment’s airing by the producer of the Segment to a senior campaign official of Democratic presidential candidate hanoi-John Kerry – a clear conflict of interest – that created the appearance of a political bias.”

Fourteen years later, after courts laughed his $70 million lawsuit against CBS out of court, the blog-blaming fake news forefather has the audacity to hold forth on truth, trust, accountability.

Sit down, Dan Rather. Be humble.
http://www.wnd.com/2018/02/memo-to-dan-rather-shut-up-about-memos/
E-mail me when people leave their comments –
Follow