I own and have built websites. I know how to work several systems on my computer. I am not a computer whiz but I’m better than some and worse than others. I have had a computer crash on me and knew all was not lost because my hard-drive was still intact.

No one really likes the IRS but we have tolerated them as a part of our lives. One email getting lost can cause concern but thousands of emails being ‘lost’ is be unheard of. A big organization, such as the IRS, would have back-up systems. I have a back-up system. It’s not unusual to have one and it was not difficult to install.

Lois Lerner said she deleted emails, then recycled her hard-drive? Who does that unless they are hiding something? Lois Lerner was never held accountable.

government and its associates believe that they can just tell the people and investigative committees that they deleted emails? Are there still people out there without basic knowledge of this? Okay, maybe a few who do not understand that an organization as big as the Internal Revenue Service cannot just delete emails without a back-up system or hard-drive to retrieve them. This would be illegal, in my opinion. 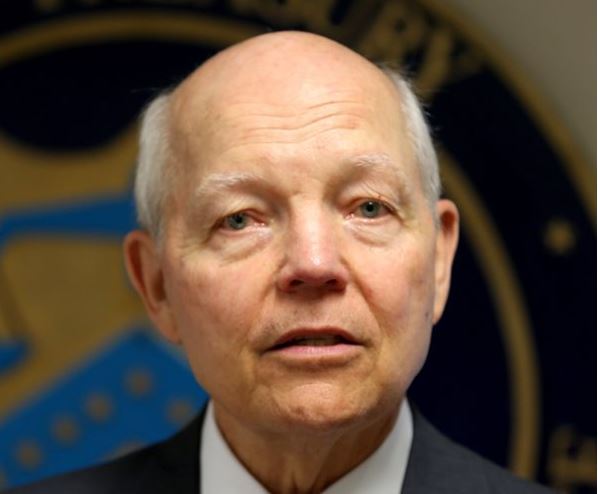 A House committee voted on Wednesday to censure IRS Commissioner John Koskinem. They said he failed to provide information demanded by Congress and lied under oath. Allegations were made the IRS targeted tea party groups that had applied for tax-exempt status.

In this country, destroying potential damaging evidence is an illegal act. No one is being punished but I suppose someone will get thrown under the bus and then probably receive a bonus of sorts while they fade into oblivion.

For this country to have fallen into such depraved government who allow lawlessness to exist while the people of this nation are prosecuted in a court of law, if they are part of a crime, disgusts me.