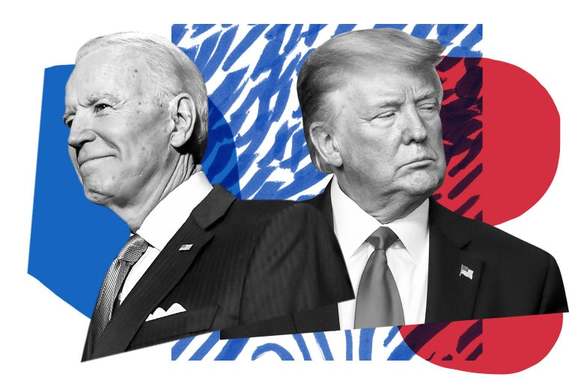 White House allies believe Joe Biden could be laying the groundwork for a Stacey Abrams-style challenge to a Trump victory in November with his repeated claims that the president is preparing to steal the election.

In an interview with Trevor Noah on The Daily Show, the presumptive Democratic nominee said he was worried Trump would refuse to leave the White House if he lost.

The president has said repeatedly he would accept the results, leaving advisers and allies to conclude that Biden may be preparing public opinion for a protracted tussle over the outcome.

“We all know that Biden isn't all there these days, but in the infamous words of the Mooch, he's beginning to sound like a paranoiac,” said a former White House official, referring to Anthony Scaramucci, the short-lived White House communications director. “Is he getting these crazed talking points from ‘Governor’ Stacey Abrams?”

Abrams challenged the outcome of the 2018 Georgia governor’s race, in which she lost narrowly to the Republican candidate, Brian Kemp. That sparked a bitter 10-day battle as Abrams argued that "deliberate and intentional" voter suppression had delivered victory to her rival.

This week's long lines and malfunctioning voting machines in Georgia’s primary were cited by Noah as he asked Biden if he had similar concerns about November’s election.

Voter suppression was his greatest fear, Biden replied. “This president’s going to try to steal this election,” he said.

And he added that he had considered what would happen if Trump refused to leave the White House in the event of a Democratic victory but was comforted by the recent actions of senior military figures.

“I am convinced they will escort him from the White House with great dispatch,” Biden said.

The exchange delighted his opponents, who see an opportunity to remind voters that many Democrats refused to accept Trump’s 2016 victory.

Tim Murtaugh, director of communications for the Trump 2020 campaign, dismissed it as a “brainless conspiracy theory” designed to undermine confidence in American elections.