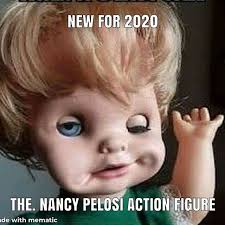 Behind Speaker Nancy Pelosi (D-Calif.), the Democrats are hoping to bolster the congressional checks on the executive branch, as outlined by the Constitution, including efforts to curb abuses of presidential pardons; prevent presidents from profiting personally from the office; and secure administrative compliance with congressional subpoenas.

The legislation has no chance of becoming law while Republicans control the Senate and President Trump remains in the White House. But it highlights the laundry list of abuse allegations Democrats have lodged against the president over the last four years — and provides Democrats with political ammunition as Congress prepares to leave Washington for the final sprint to the Nov. 3 elections.

"During this once-in-a-generation moment, the Congress has a sacred obligation for the people to defend the rule of law and restore accountability and basic ethics to the government. And that is exactly what we're doing [with this package]," Pelosi told reporters in the Capitol.

"It is sad that the president's actions have made this legislation necessary," she added. "As with other things, he gives us no choice."