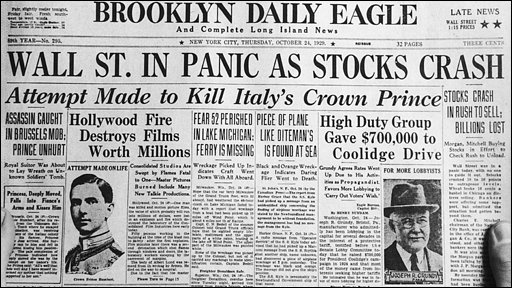 So what's the problem with the "Non Wall Street" New Yorker Donald Trump who will only be good for the U.S.? Donald Trump doesn't rely on other peoples money to build his business. Donald Trump takes his own earned income and constantly reinvests it in deals that will double down and earn him more. Donald Trump is great at it and will do it for "All U.S. Citizens". Except for Donald Trumps huge skyscraper towers which he used borrowed bank money to build most of Donald Trumps properties were paid for out of profits through "Buy And Sell" ventures.

Wall Street cronies grab other peoples money and buy stocks in businesses then stuff the excess profits the business investments make them into their own pockets which translates into billions of dollars. The people that let these greedy crony Wall Streeter's use their money only see a little bitty 3% return if your so lucky. Where's the other 97%? Operational costs? B.S.. The other 97% goes to pay for someone's lavish lifestyle. When you borrow a banks money or use your credit card you can pay anywhere from 18% to 23%. Why are financial institutions that borrow your money for investment purposes only paying you out a measly 3% (compounded daily of coarse). Worst of all you put your money in a bank for safe keeping and the banks loan your money to someone else or invest it without your permission and only pay you 2% or 3% and tell you the other 97% goes to operational costs. The U.S. government regulates fixed priced home loans but if you chose a variable rate loan you can get screwed big time when the economy goes into recession and the banks lose money and the borrower always has to pick up the cost of the banks screw up by paying more on their home loan as their interest rate is increased.

Wall Street invents financial investment products that are on paper only and sells them to everybody who wants to earn pennies on the dollar (compounded daily of coarse). Huge amounts of retirement funds get dumped into these invisible paper financial products and when the stock market crashes people who have dumped their retirement funds into these invisible financial paper products lose it all and it always comes back to the banks and financial institutions as the cause of the stock market crash.

The point of the above paragraphs is to show how Wall Street engages in making the public pay for their bad investment decisions while they make their wealth off of paying out very little and not having to take losses when they mess the economy up. Donald Trump didn't make his wealth engaging in this behavior.

Donald Trump's buy and sell business is one of the last "U.S. Owned And Controlled" businesses. Donald Trump may have some stocks and bonds he owns but didn't create his wealth off the stock market. Donald Trump may even have some investors involved in developing his buy and sell properties but the investors are not stock market associated and are reimbursed through legal contract. Donald Trump purchases defunct business properties, gets them started up again and profitable then either keeps them or sells them the old fashion way as car buffs do by taking an old classic car to fix up and resell for profit. Donald Trump makes his money as a baseball card collector does by buying a pack of baseball cards, getting a rare star player trading card then selling that rare trading card for profit. Donald Trump just did it with real estate.

Ted Cruz and Marco Rubio are fully funded and controlled by "Wall Street Money" so if your looking to change the government to the better you won't do it with Ted Cruz and Marco Rubio or any other of the crony Wall Street funded candidates. If I had to pick a candidate other than Donald Trump it would have to be Carly Fiorina now that Rick Santorum got pissed off at voters and decided to get back at voters by endorsing Marco Rubio. Carly Fiorina is Wall Street connected since she worked for Hewitt Packard but if we have to pick turd it may as well be Carly because the stink isn't as bad as the other candidates who will indeed flood the U.S. with immigrants to satisfy Wall Street.

* Politicians and business professionals that buy and sell to make their money, "Alright".

* Politicians and business professionals that make their money off  Wall Street and corporations, "No Way".

* Anyone that makes their money off of government or investing while in government beyond a paycheck should be crapped on.

Vote For Donald Trump Or Be Stuck With Whatever Income The Wall Street Gang Lets You Have After They Pay For Their Cheap Immigrant Labor.