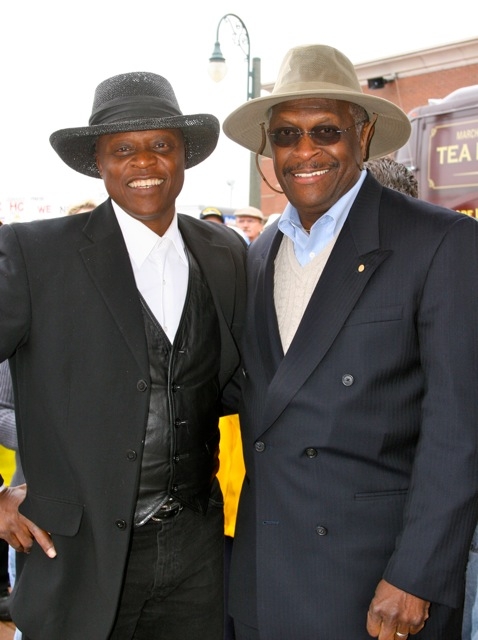 Thank you for your courageous decision to run for president as a conservative Republican. I am sure you anticipated opposition from the left. But, no one could have possibly anticipated the current level of intense hatred and vitriolic desire to politically tie a rope around your neck and drag your black bludgeoned dead carcass through the streets in the mud. Wow! Lord help us.

I thank you because your decision to run is much bigger than you. At a time when something has gone terribly wrong in the black community; 70% black high school dropout rate and 73% out of wedlock births, black youths need to see a man such as you; one of character and self reliance.

Your remarkable life story equals a nuclear bomb of truth being thrown into the black community. Your success derails the “you cannot succeed without us and our programs” rhetoric Democrats have been selling to blacks for the past 50 years. Desperate and frantic, the Democrat's clarion call to their minions and the liberal media is politically, Herman Cain MUST DIE!

Channel surfing, I was stunned, shocked and outraged. The same white liberal pundits who, without a shred of evidence, declared the tea party racist, were all over TV ravenously “high tech lynching” you, a black man for being a conservative republican. These pious, self proclaimed most tolerant among us, viciously attacked you in every way from your character to your intellect. It was shameful and evil. It made me extremely angry.

The Tea Party has grown tremendously, not only in numbers, but in depth over the past two and half years. Tried and true liberal media “hit” tactics no longer work. We began as fragmented bans of frustrated citizens fearful of the direction Obama and company is taking our country. Today, the Tea Party has developed into numerous organized groups, an army of patriots; well prepared, well-informed and ready for political battle.

Along with our earned political sophistication comes total awareness of the pathetically transparent attempt to knock-you-out of the presidential race via ridiculously weak charges of sexual harassment. Again, displaying their arrogance and shameful hypocrisy, the same people who are attacking you rallied around their beloved poster boy of “proven” sexual harassment, Bill Clinton.

While the original source of the political sexual harassment attack on you is debatable, the left has joyfully picked up the ball and run with it, piling on daily with unsubstantiated embellishments.

Rest assured my brother, their efforts to destroy you are proving fruitless, as evidenced by the rise in financial contributions to your presidential campaign.

Please forgive me for presuming to speak for the Christians in our tea party family when I say we are praying for you. I personally believe and offer this scripture to you, “No weapon formed against you shall prosper”.

So, let the evil left do their thing. Let them relentlessly labor at their, “got to take out the n-----” campaign. I gleefully report, “It ain't workin'!”

These knucklehead liberal political hacks and their media are stuck in the past. They erroneously still believe they set the rules, can successfully “take-out” our candidates and can anoint our candidates. They are mistaken. There's a new, John Wayne style, sheriff in town called the Tea Party; kickin' butt and takin' names.

Herman Cain, bottom line; we, your Tea Party family have got your back! Hang in there and keep the faith. Millions are behind your efforts 100%.

This letter is not a Tea Party formal endorsement of you as our presidential nominee. It is meant to comfort you with the knowledge that judging from the character of patriots I have met at rallies across America on five national Tea Party Express bus tours, we firmly stand in solidarity with you, our brother patriot, against a vile sold-out to liberalism and socialism liberal media and Democratic Party.

Chairman of The Campaign to Defeat Barack Obama.

Please help me spread my message by joining my Liberty Network.

Lloyd is singer/songwriter of the American Tea Party Anthem and author of Confessions of a Black Conservative, foreword by Michele Malkin