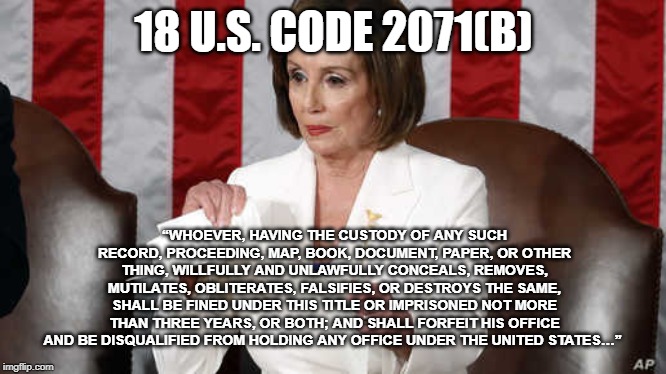 Speaker Nancy Pelosi (D-Calif.) on Monday defended not speaking directly to President Trump for almost a year amid the current coronavirus pandemic and wildfire crises, maintaining that she finds it "in the interest of time" to speak to intermediaries.

The president and the Speaker haven't had an extended, face-to-face conversation since Oct. 16, 2019, during a meeting at the White House about Trump's decision to withdraw U.S. troops from northern Syria.

Trump and Pelosi haven't even been in the same room together since February at the National Prayer Breakfast. That came two days after Trump's State of the Union address, where he appeared to ignore Pelosi's attempt at a handshake and she ripped up a copy of his speech afterward.

Pelosi confirmed during an interview with MSNBC's Craig Melvin that she hasn't spoken to Trump about the wildfires ravaging her home state of California and other parts of the West. Any recent discussions about a coronavirus relief package — which have been stalled for more than a month — have also only been between Pelosi and Treasury Secretary Steven Mnuchin or White House chief of staff Mark Meadows, not Trump.

"Well, I've spoken to his representatives and he says that they speak for him. And I take that to be true about the secretary of the Treasury and we have worked together," Pelosi said, noting her deals with Mnuchin on past coronavirus aid measures and the U.S.-Mexico-Canada trade pact last year.

of 5 Next
This reply was deleted.