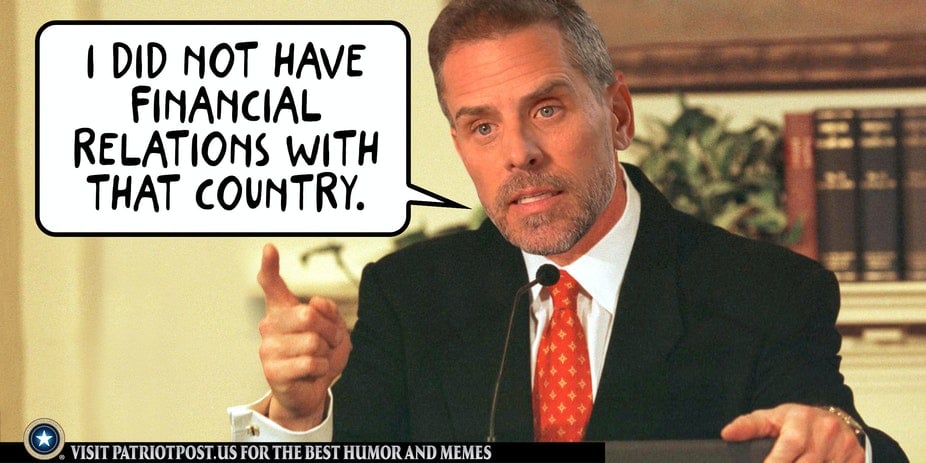 Four years after Hillary Clinton famously said of executed Libyan leader Mummar Qaddafi "We came, we saw, he died," Hunter Biden, son of then-Vice President Joe Biden, offered to recover roughly $15 billion in assets which had been frozen by the Obama administration - for the tidy sum of $2 million dollars per year.

n emails obtained by Business Insider that are not related to the laptop fiasco, the $2 million would have been for a "retainer" plus "success fees."

The first email, dated January 28, 2015, was sent from Sam Jauhari, a Democratic donor with businesses in the Persian Gulf, who was helping spearhead the Libya project. It was addressed to Sheikh Mohammed al-Rahbani, another Obama campaign donor involved in the proposal. In the email, Jauhari is frank about what Biden would bring to the table, and what he says Biden wanted in return:

"Per phone conversation I met with #2 son. He wants $2 per year retainer +++ success fees. He wants to hire his own people - it can be close circle of people for confidentiality. His dad is deciding to run or not.

His positives are he is Chairman of UN World Food Program, son of #2 who has Libya file, access to State, Treasury, business partner SofS [Secretary of State] J. [John] Forbes K [Kerry] son and since he travels with dad he is connected everywhere in Europe and Asia where M. Q. [Muammar Qaddafi] and LIA [Libya Investment Authority] had money frozen. He said he has access to highest level in PRC [China], he can help there.

His negatives are that he is alcoholic, drug addict - kicked [out] of U.S. Army for cocaine, chasing low class hookers, constantly needs money-liquidity problems and many more headaches.

We should meet in Gstraad or London to decide next steps."

Jauhari was incorrect that Biden was discharged from the Army - it was the Navy, and it was technically never confirmed that his positive test for cocaine was what led to the discharge.

Unpacking the email, BI's Mattahias Schwartz notes: "the tally of his "positives" reflects a keen sense of what he could offer the project. Biden's position at the United Nations meant he enjoyed face-to-face access to heads of state. In his memoir, Biden recalls a sit-down with King Abdullah II of Jordan. "The only reason the king had agreed to meet," he wrote, "was out of respect for my dad. I guess you could chalk it up to nepotism, in the best possible way.""