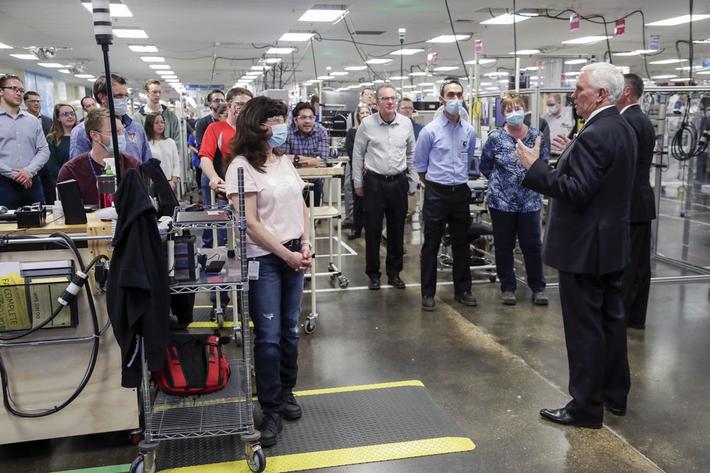 Like many other elected Democrats and media pundits, presumptive Democratic presidential nominee Joe Biden has been sniping at President Donald Trump from the sidelines regarding his administration’s response to the coronavirus pandemic.

And he’s kept it up even as Trump and the White House coronavirus task force have been working nonstop for the past couple months to address the nation’s most critical needs and manage the economic catastrophe the public health crisis has caused.

Now it appears Biden has set his sights on taking shots at Vice President Mike Pence, the task force’s leader, over a visit to a plant in Wisconsin that is manufacturing ventilator machines needed for the most severe COVID-19 cases.

In doing so, however, the former vice president actually ended up hitting the very same working-class laborers he claims to be fighting for by diminishing what they are doing and dismissing the whole event as nothing more than a “photo op.”

On Tuesday, Pence visited a General Electric plant in Madison, Wisconsin, that had shifted production to make the ventilator machines that were in such high demand, WUWM reported.

Undoubtedly, aside from highlighting the important job those workers were doing, Pence’s visit was also intended as something of a morale boost for the workers, who would be proud of the recognition they’d received for the risks they were taking to produce a machine that will help save people’s lives.

According to a statement released by Biden’s campaign, however, that isn’t how the former VP saw the planned visit to the manufacturing plant at all.