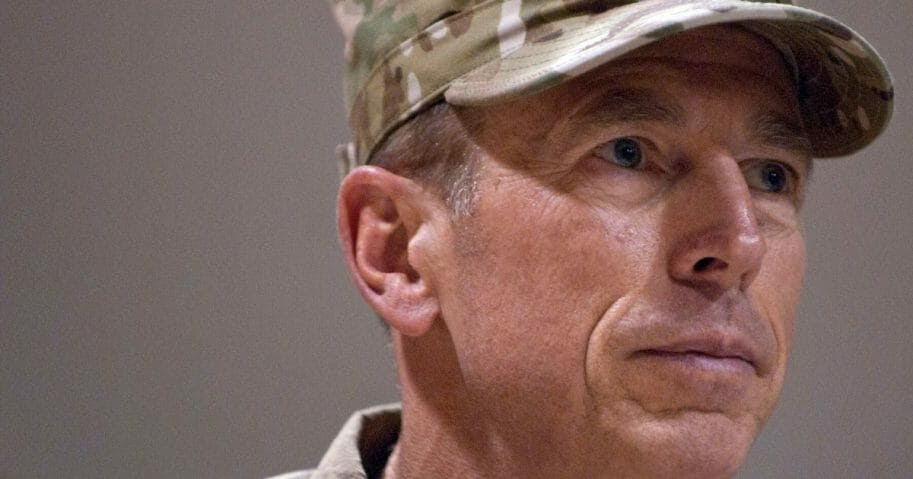 
SOLEIMANI FALLOUT: President Trump threatens Iraq with sanctions, says U.S. won’t leave unless “they pay us back” for air base (USA Today)

ON ALERT: Three Americans killed in terror attack on African military base; rockets fired at U.S. embassy in Iraq (The Daily Wire)

D'OH! Democrat Rep. scumbag/mad-Maxine Waters appeared to have been tricked by Russian pranksters into thinking she was speaking on the phone with Greta Thunberg and that the teenage climate activist had dirt on President Trump (Fox News)

OIL FUTURES: Why the oil market rally on elevated U.S.-Iran tensions may be short lived (MarketWatch)

SITTING ON A KNIFE’S EDGE: The $250 trillion burden weighing on the global economy in 2020 (Forbes)

POLICY: With a small step and a big one, Iran just escalated against America (Washington Examiner) 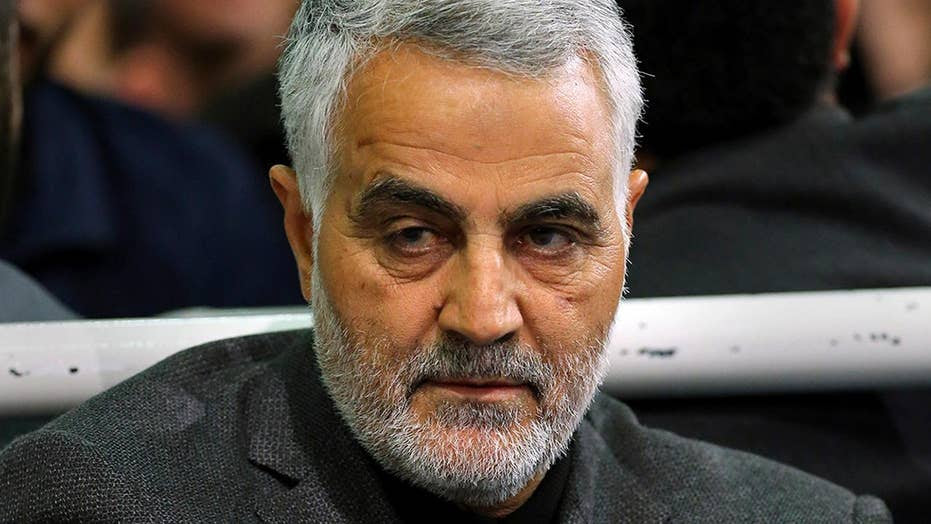 By Ronn Blitzer
{ foxnews.com } ~ Iranian MP Abolfazl Abutorabi has reportedly threatened to attack the White House in response to a message from President Trump that promised severe consequences... if the Islamic nation escalates hostilities with the U.S. Abutorabi was responding to a question about how Iran should react to the death of Iranian Gen. Qassem Soleimani during an American airstrike, The Independent reported. "We can attack the White House itself, we can respond to them on the American soil. We have the power, and God willing we will respond in an appropriate time," Abutorabi said according to the UK publication, which cited Iranian news agency ILNA. This comes as President Trump vowed to hit Iran hard should the country retaliate against the U.S. for Soleimani's death. "Iran is talking very boldly about targeting certain USA assets as revenge for our ridding the world of their terrorist leader who had just killed an American, & badly wounded many others, not to mention all of the people he had killed over his lifetime, including recently hundreds of Iranian protesters," Trump tweeted over the weekend. The president continued: "He was already attacking our Embassy, and preparing for additional hits in other locations. Iran has been nothing but problems for many years." Abutorabi called Soleimani's death "a declaration of war," and that a swift, strong response was necessary...   https://www.foxnews.com/politics/iranian-mp-threatens-to-attack-the... 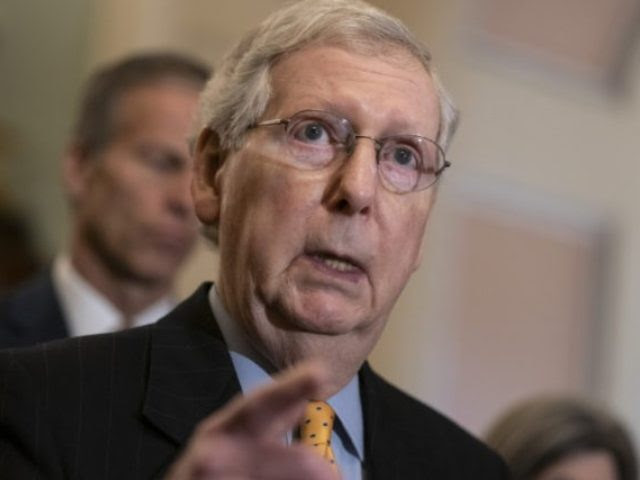 by HANNAH BLEAU
{ breitbart.com } ~ Senate Majority Leader Mitch McConnell (R-KY) on Friday said that the Senate will continue to conduct “ordinary business” until House Speaker liar-Nancy Pelosi (D-CA) musters the courage to send the articles of impeachment to the upper chamber... McConnell spoke on the Senate floor on Friday, berating Democrats for rushing through a “slapdash investigation” and warning that a trial cannot be held until House Democrats turn over the articles. The majority leader said the Senate will “continue the ordinary business of the Senate while House Democrats continue to flounder.”“Their turn is over. They have done enough damage,” McConnell said of House Democrats. “It’s the Senate’s turn now — to render sober judgment as the framers envisioned.” “But we can’t hold a trial without the articles. The Senate’s own rules don’t provide for that. So, for now, we are content to continue the ordinary business of the Senate while House Democrats continue to flounder,” he warned. “For now.” McConnell warned, however, that — in the event that they “muster the courage to stand behind their slapdash work product and transmit their articles to the Senate” — the Senate will “fulfill our founding purpose.” The majority leader also mocked liar-Pelosi, using her own words against her. “Impeachment is so divisive to the country that unless there’s something so compelling and overwhelming and bipartisan, I don’t think we should go down that path,” McConnell said, quoting liar-Pelosi, who made the remarks last spring... 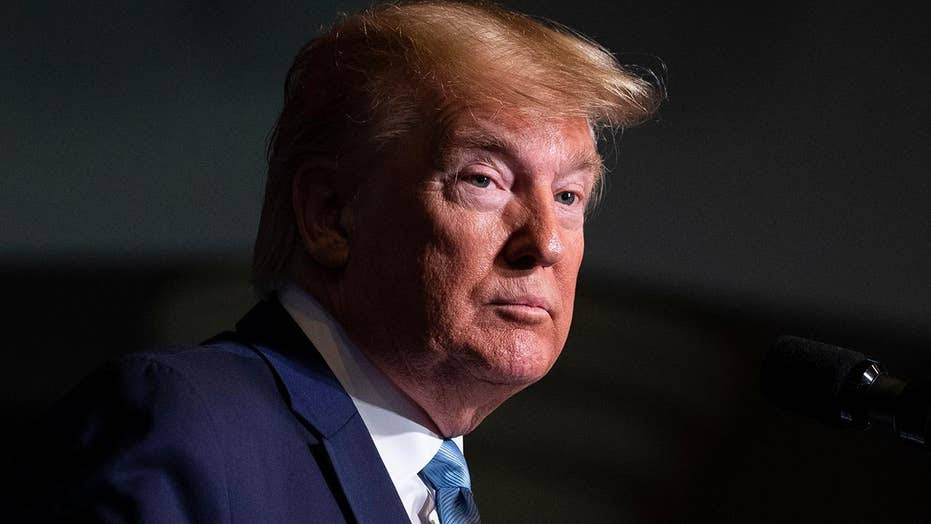 By Victor Garcia
{ foxnews.com } ~ President Trump issued a stern warning to Iran on Saturday through a series of Twitter messages intended to deter the country from retaliating... after the U.S.-ordered airstrike that killed Iran's Gen. Qassem Soleimani last week. "Iran is talking very boldly about targeting certain USA assets as revenge for our ridding the world of their terrorist leader who had just killed an American, & badly wounded many others, not to mention all of the people he had killed over his lifetime, including recently hundreds of Iranian protesters," Trump tweeted. The president continued: "He was already attacking our Embassy, and preparing for additional hits in other locations. Iran has been nothing but problems for many years." Soleimani, head of the Islamic Revolutionary Guard Corps' elite Quds Force, was killed in an airstrike Friday in Baghdad that was ordered by President Trump. "Let this serve as a WARNING that if Iran strikes any Americans, or American assets, we have targeted 52 Iranian sites representing the 52 American hostages taken by Iran many years ago, some at a very high level & important to Iran & the Iranian culture, and those targets, and Iran itself, WILL BE HIT VERY FAST AND VERY HARD," Trump wrote Saturday, explicitly laying out that the U.S. will act if Iran retaliates...  https://www.foxnews.com/world/iran-trump-warns-iran-we-have-targete...

VIDEO:  https://video.foxnews.com/v/6119779468001#sp=show-clips
.
Iraq’s Parliament calls for expulsion of US
troops from the country following drone attack 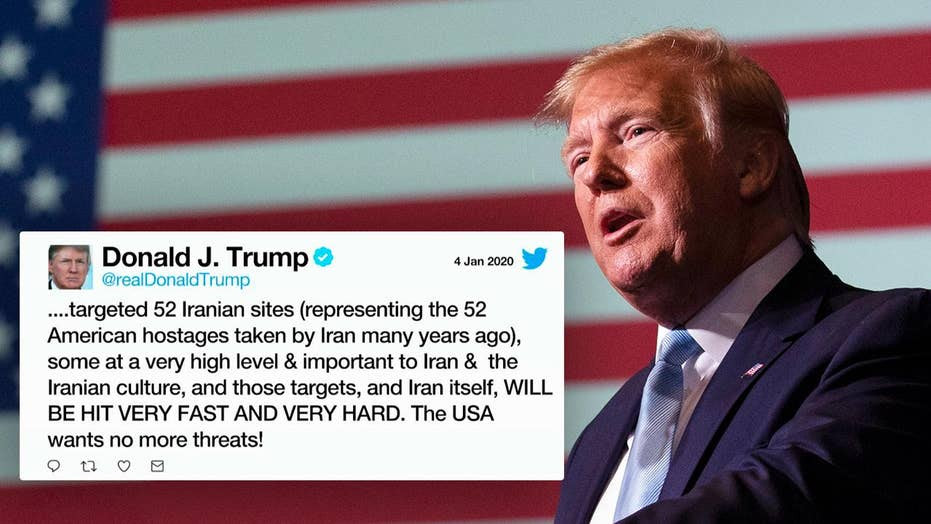 By Stephen Sorace
{ foxnews.com } ~ Iraqi lawmakers approved a resolution Sunday calling to expel U.S. troops from the country... following an American drone attack that killed Iranian Gen. Qassem Soleimani. Lawmakers approved a resolution asking the Iraqi government to end the agreement under which Washington sent forces to Iraq more than four years ago to help in the fight against the Islamic State terror group. The majority of about 180 legislators present in Parliament voted in favor of the resolution. It was backed by most Shiite members of parliament, who hold a majority of seats. Many Sunni and Kurdish legislators did not show up for the session, apparently because they oppose abolishing the deal.

by patriotpulse.net ~ Since losing to President Trump in 2016, scumbag/liar-Hillary Clinton’s life has been in ruin. She has been desperately looking for influence, only to be ignored... And she just took a new job that could mean she leaves the United States forever. That’s why she is now leaving the United States altogether for work, with the Queen’s University Belfast in the United Kingdom hiring her as their new chancellor. Former US secretary of state and presidential candidate scumbag/liar-Hillary Clinton was appointed Thursday as the new chancellor of Queen’s University Belfast. scumbag/liar-Clinton will serve for five years in the largely ceremonial role, the Northern Irish institution announced. “It is a great privilege to become the chancellor of Queen’s University, a place I have great fondness for and have grown a strong relationship with over the years,” scumbag/liar-Clinton said in a statement.  “The university is making waves internationally for its research and impact and I am proud to be an ambassador and help grow its reputation for excellence.”  The Democratic presidential nominee lost the 2016 US election to Republican candidate Donald Trump. scumbag/liar-Clinton received an honorary doctorate from Queen’s in October 2018. “Secretary scumbag/liar-Clinton has made a considerable contribution to Northern Ireland and as an internationally-recognised leader will be an incredible advocate for Queen’s and an inspirational role model for the Queen’s community,” said Stephen Prenter, who chairs the university’s governing body. The chancellor’s duties involve presiding at degree awarding ceremonies, representing Queen’s in an ambassadorial role and advising the university’s executive. Queen’s is one of the oldest universities in the United Kingdom. Her job is largely ceremonial, with her not having regular job duties. But it could be her opportunity to finally leave the country that made it clear doesn’t want her. Good ridden!  https://patriotpulse.net/hillary-clintons-new-job-could-mean-she-le...
.

by John Hinderaker
{ powerlineblog.com } ~ General David Petraeus gave an interview yesterday on the significance of the killing of Qasem Soleimani. It is well worth reading:

Marco Werman: How did you know Qasem Soleimani?

Gen. David Petraeus: Well, he was our most significant Iranian adversary during my four years in Iraq, [and] certainly when I was the Central Command commander, and very much so when I was the director of the CIA. He is unquestionably the most significant and important — or was the most significant and important — Iranian figure in the region, the most important architect of the effort by Iran to solidify control of the Shia crescent, and the operational commander of the various initiatives that were part of that effort.
***
So why do you suppose this happened now, though?

Well, I suspect that the leaders in Washington were seeking to reestablish deterrence, which clearly had eroded to some degree, perhaps by the relatively insignificant actions in response to these strikes on the Abqaiq oil facility in Saudi Arabia, shipping in the Gulf and our $130 million dollar drone that was shot down. And we had seen increased numbers of attacks against US forces in Iraq. So I’m sure that there was a lot of discussion about what could show the Iranians most significantly that we are really serious, that they should not continue to escalate. …

Would you have recommended this course of action right now?

I’d hesitate to answer that just because I am not privy to the intelligence that was the foundation for the decision, which clearly was, as was announced, this was a defensive action, that Soleimani was going into the country to presumably approve further attacks. Without really being in the inner circle on that, I think it’s very difficult to either second-guess or to even think through what the recommendation might have been.

Two short questions for what’s next, Gen. Petraeus — US remaining in Iraq, and war with Iran. What’s your best guess?

Well, I think one of the questions is, “What will the diplomatic ramifications of this be?” And again, there have been celebrations in some places in Iraq at the loss of Qasem Soleimani. So, again, there’s no tears being shed in certain parts of the country. And one has to ask what happens in the wake of the killing of the individual who had a veto, virtually, over the leadership of Iraq. What transpires now depends on the calculations of all these different elements. And certainly the US, I would assume, is considering diplomatic initiatives as well, reaching out and saying, “Okay. Does that send a sufficient message of our seriousness? Now, would you like to return to the table?” Or does Iran accelerate the nuclear program, which would, of course, precipitate something further from the United States? Very likely. So lots of calculations here. And I think we’re still very early in the deliberations on all the different ramifications of this very significant action.

The interviewer tries to get General Petraeus to criticize the Trump administration, but Petraeus declines to do so:

Do you have confidence in this administration to kind of navigate all those calculations?

Well, I think that this particular episode has been fairly impressively handled.
https://www.powerlineblog.com/archives/2020/01/petraeus-on-soleiman...