Of late, there's been much more talk on conservative blogs about uniting and moving forward with more energy and effectiveness. While I am heartened by that sentiment, I am mindful that action always speaks louder than words.
We can do what we can to organize locally, as many of us have done, and to actively participate in the local political party machine to effect change from within, as some of us have also done, but that is simply NOT enough.
The major parties are powerful and influential precisely because they are well-coordinated and well-organized both locally and nationally. Thus, patriotic organizations' deliberately or unwittingly restricting themselves to localized activity and pontificating alone is inadequate.
The truth is we need to be organized both nationally AND locally. Otherwise, we will be less than credible or effective, membership and participation will continue to dissipate, and the country will further careen into oblivion.
If patriotic organizations remain splintered and parochial, we are doomed, as is our country. It's time for patriots to get very, VERY serious and much more activist. Learn from the Left.
Obviously, someone at the national level needs to lead the charge, encourage local and regional alliances, and promote the timely convening of a representative "national convention of patriots" in 2013 which would represent those local/regional alliances, this in order to fashion a genuinely national ACTION AGENDA to take back our country. Who knows, such a convening might even result in the birth of a formidable political party which will attract adherents from both the left and the right.
Among others, I would urge Allen West and/or Sarah Palin to sound the clarion call for unity and to lead the charge. I can only hope they are reading this. But, assuming they aren't, I am emailing them both straightaway.
A re-energized national Tea Party movement comprised of millions of TPers and other patriots from all over the country coalescing around one activist agenda would seriously threaten the elite establishment and would, I think, compel the GOP to either adopt our first-principles agenda going forward or face the certainty of irrelevance and impotence.
Being organized and well-coordinated on both a local and national level would most certainly stem the Progressive tide and would preclude the necessity of secession or rebellion or, worse, our subservience to the state. Splintered, however, the TP and other patriotic entities will remain a nearly useless therapeutic matrix of venting platforms. A lot of sound and fury signifying nothing.
Faithfully grassroots in orientation, but national in scope, patriots' clout would be greatly enhanced. Being thoroughly grassroots, we would be honoring the maxim that all politics is local. But, more importantly, our ground game alone would flip both State and DC elective offices.
As for a "national convention of patriots", think of such a historical convening as the 21st century equivalent of the 18th century Continental Congress in Philadelphia. Just more directly representative this time.  Tell me that didn't make a gargantuan difference in America's destiny! Let history and the basics of "community organizing", the latter which makes the Leftist radicals so powerful inspite of their vacuous and destructive agenda, be our guide.
No more pointificating, whining, woe-is-me, hollow TP rallies to the exclusion of a more activist  nationalist agenda. Much MUCH more is needed if we are to save what little remains of this Republic. Activism works! On the local level, let each of us begin in earnest the unifying process.
And wouldn't the NYS Tea Party Command Center be the logical place to start?  Let's make it all come together ASAP in 2013!
Nunc aut Numquam
(Now or never) 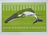