Days after the University of Central Florida faced national outrage over letting an unregistered student group hold an event promoting violence, the Knights for Socialism have taken their radical antics a step further.On Friday, the group held an event where they allowed students to bash Pinatas with the faces of President Donald J. Trump, Attorney General Jeff Sessions, and presidential advisor Steve Bannon.

East Orlando Post obtained exclusive footage from UCF College Republican Douglas Mactye, which includes disturbing content involving an elementary to middle school aged student yelling "Kill Trump." The young children were being encouraged to hit the Pinatas by members of the Knights for Socialism for the duration.   The "Kill Trump" segment can be seen during the ninth minute of the video.

What we have now is an ever increasing dosage of what happens when law is not enforced for fear of criticism towards agencies that enforce it.

Society, the civil brand of it, is lost and anarchy is always served up as the result.

President Trump is truly standing alone if he is not reinforced with law enforcement and a public demand for it. Academia is a complete failure in preserving the United States because they are purposed to ruin the principles that caused it to be.

The University of Central Florida should be outraged. They should be demanding law enforcement agencies to stop this, making a public statement that they will absolutely not tolerate this type of behavior.

But, they say virtually nothing at all, and go on pretending that they are important, that they are educating the youth, and Trump is terrible anyway, so what is the big deal?

Decency is at war with the progressive liberal democrat which politically supports outright evil to gain control of America. War.

It should not be viewed as anything less.

Permalink Reply by Jean-Paul Lozada on February 13, 2017 at 7:15am
They should be classified as a terrorist organization. 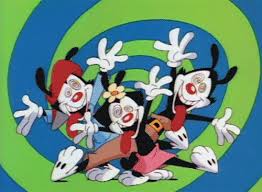 Permalink Reply by Thomas sandoval on February 13, 2017 at 10:30pm
Welcome the Next Generation to murder killing and hatred good job leftist idiots

Open hate mongering and violence are the tools of radical leftist whose 'by any means necessary'  approach to social transformation is the banner they carry... Open hostilities, agitation, and civil war are their goals; these policy of violence is not avoided... but embraced.

It is time for Trump to label these groups Domestic Terrorist and go after them wherever they are found...Time to isolate and arrest their agents including so called College Professors and Administration that support such activities on their campuses.  We must cut out the cancer of hate and LEFTIST VIOLENCE brewing on our college and university campuses.