Trump Doubles Down on Fight With Lewis as Inauguration Looms

The AP doesn’t mention that all of these people attacked Trump first, like John Lewis. And it doesn’t occur to the AP that Trump’s success might be in part because of, not in spite of, the fact that he defends himself against scurrilous attacks. The biggest news story of the day, apparently, is the dustup between Rep. John Lewis and Donald Trump, about which I wrote this morning. Although the story has little real significance, the Associated Press, the most influential news source in the U.S., spins it furiously to drive its anti-Trump narrative.

Start with the headline: “Trump unleashes Twitter attack against civil rights legend.” Most people only read headlines, and this one gives no clue that it was Lewis, not Trump, who started the fight by saying on Meet the Press that Trump will be an illegitimate president. And Lewis is identified as a “civil rights legend,” not as a hyper-partisan Democratic politician, which is what he is. Now to the article:

Enough with the “civil rights legend”! That was 50 years ago, and has nothing to do with Lewis’s claim that Trump is an illegitimate president-elect, or Trump’s Twitter riposte to the effect that Lewis is an ineffective Congressman. Nor does the impending Martin Luther King day, or the departure of Barack Obama from office, have any relevance. These references are just thrown in so you know whose side you are supposed to be on.

And oh, by the way, did you know that Donald Trump is a billionaire? Is that going to be injected into the first paragraph of every story about Trump for the next four years?

Lewis, among the most revered leaders of the civil rights movement, suffered a skull fracture during the march in Selma, Alabama, more than a half-century ago and has devoted his life to promoting equal rights for African-Americans.

Oh, please. Lewis has devoted his life to being a hack Democratic Party politician. John McCain was a hero 50 years ago, too, but has that ever stopped the Democrats from criticizing him? No. Hood rats and thugs 4 generations created by the Democrats and the liberal press and blame the average White American for this mess, it is the loss of the family unit and trash that is the news media

SHOOT THESE BASTARDS AS THEY LOOT, DESTROY PROPERTY, AND RIOT...

Finally  someone has the answer. Shoot about 10 or 12 and watch how fast they find a hole to crawl into 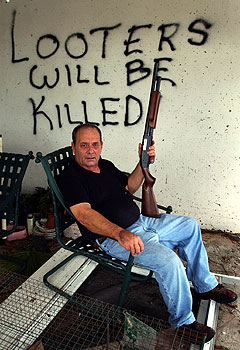 Frank -We still hang a neat silver metal silloutte of a pistol on our front porch, that very plainly says "We don't call 911"!! Permalink Reply by PHILIP SCHNEIDER on January 15, 2017 at 9:52am
This last election has exposed the ugly underbelly of the liberal progressive democrat machine.
There is NO Way to differentiate the media and the machine.
It's all one and the same diseased colon of a dying political corpse.

That's right. Once Trump is installed there will be no need to have elections again. He is already grooming his children to take over the successful Trump Organization, they will take over the US government when our great leader Donald Trump will no longer be able to serve the nation. Elections will no longer be necessary unless we can stage them like they do in Russia, where Putin controls the media and all politics, which is why he never loses any elections. Hopefully Trump will do the same here in the US.

remember he is 70 years old

I know that Trump is 70 which is why it is so great he is grooming his children to succeed him in business and in politics. For the Trump family politics and business are the same and I am glad his children will run the business now, make tons of money, and then one of them will succeed their father to continue to make America great again. We are in for a glorious future.