Treason Now Walks In the Halls of Congress... and Justice is void of conscience and honorable men

Treason now walks in the halls of Congress, our Courts are filled with  a brand of justice empty and void of conscience or honor, the Administration is corrupt beyond imagination... and the MARXIST are laughing as our Nation self-destructs.

"Posterity, you will never know how much it cost the present generation to preserve your freedom. I hope you will make good use of it. If you do not, I shall repent in heaven that ever I took half the pains to preserve it." John Adams.

I bleed and I cry... too see what was once a proud and secure people being bound by their own representatives...  a corrupt and despicable group whose derelict minds would chain their brothers and sisters in order to promote their own power.  Such, men and women deserve the ire of us all... we need no longer salute them in public or privately loud them with praise.

It is time too shun them... too let them feel the shame they deserve.  It is time to put a wall between them and the power they would harness to take our liberty.  A wall of public protest, a firm resolve to depose them as soon as possible.

It is no longer permissible to allow such individuals... one more day in power than it is necessary, to  first peacefully remove them and if by peaceable means we fail... then by our right as sovereign and free men, we must secure the liberty our forefathers so faithful purchased with their blood and treasure.

"A nation can survive its fools, and even the ambitious. But it cannot survive treason from within. An enemy at the gates is less formidable, for he is known and carries his banner openly. But the traitor moves amongst those within the gate freely, his sly whispers rustling through all the alleys, heard in the very halls of government itself. For the traitor appears not a traitor; he speaks in accents familiar to his victims, and he wears their face and their arguments, he appeals to the baseness that lies deep in the hearts of all men. He rots the soul of a nation, he works secretly and unknown in the night to undermine the pillars of the city, he infects the body politic so that it can no longer resist. A murderer is less to fear. The traitor is the plague." By: Marcus Tulluis Cicero 58 BC

Another fine blog by Rosie, a Anti-Semitism a combination of maniacal fears and prejudices, culminating in the postulation of a Jewish grand conspiracy to control the world and penis worshiping:

Boy them Khazar Jews, are nasty, they wrote something in the Talmud that a Priest can have sex with a 3 year old little girl...Like Da!!! 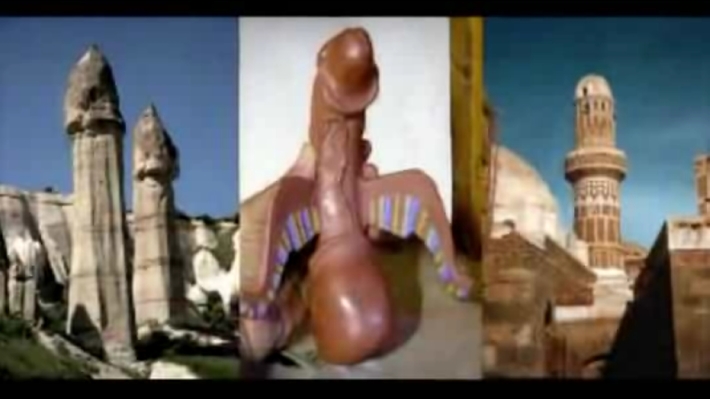 And they do what ever with a idol of a penis.

One is taking the scripture in the Talmud out of context when they claim the scripture permits sex with a 3yr old... or any woman who has not flowered... entered maturity.

In addition, the recent comments coming out of Tif and Rosie are unbecoming young women... they are sexually explicit and unwelcomed.

Not me, take it up with all them GAY Rabbis, would you like to see the list...:)

I am still trying to figure out why they want to build a GAY Religious Rights thing...:)

FB censors wouldn't let to post.  Not too surprising I guess.  Nonetheless I find your post heartfelt and aware. I find no humor in it. We are in BIG trouble Col Nelson.

The traitor is the plague and like the plague, it takes fire and smoke... bitter waters and strong will to clean it out... Good men must resolve to cut it out of the body politic and where necessary to dispatch the wicked with the sword... for the plague knows no friend and has no love for man or beast... it feeds upon the flesh of both... upon the innocent and the guilty, the faithful and the traitor alike.  The common man stands nearly helpless before it, and only with the swift hand of leadership and the true patriot can it be defeated.

Let us raise our voice, yeah and a field of swords...  let us demand of the plague its surrender, for its demise must be swift before it injures our nation any further.  Before, it eats away what remains of our foundations in righteousness, and our children become the bread of tyrants...

Did you write this?

Yes Valerie it is the testimony of my hands... a sincere appeal to arms and a return to common sense government.  I wrote it with the help of the Spirit of our Lord and an inner desire to see our homes secured from our internal enemies..

No... I am but one voice among many... who stand watch upon the wall, whose voice but bears record of the coming storm, of the treason among those who were once our best hope for peace among the nations.

We echo the call of our forebearers to man the towers... too, be vigilant, as our gates are open unto a world full of vice and corruption... lest we watch, lest we act, lest we are overcome by the very nature of men... the plague of insanity that now feeds upon our nation will win the day.

Pray God's providence walks hand in hand with this nation's people one last time... that we may yet forestall the coming storm and renew our foundations.