What has happened to this country? Rioting in the streets because of a duly carried out election. There are obviously many who thought the wrong man won. That is usually the case, but burning building, trashing cars and creating chaos is not the answer.

Let’s look at the numbers. The media, pundits, and talking heads got it wrong. For the past eight years the American people from both parties have been ready to revolt against the political elites, those same people who continually tell us what is good for us. Unaware and incapable of understanding that they became all that was wrong with the country and the adversary of the American People. They never saw this revolution coming, they never recognized that the degradation of the virtue and culture of this country would not be allowed to continue.

The precious little snowflakes that need safe spaces, and days off to cry over losing are interesting. It makes me wonder what they will do out in the real world when they are fired from a job, or a boss tells them they are wrong. They even have high school kids walking out. I blame that on the socialist agenda of the teachers unions. The riots make no secret of who is supporting and funding them. Groups like Amswer.com, BLM, MoveOn.org and other George Soros funded global order organizations. This administration is also a part of the damage being done in our streets.(  http://intellectualconservative.com/obamas-third-term-black-lives-matter-hopes-so/).

The rioting is for no other reason to try and push the country towards chaos. There are even those on Twitter Facebook and other social media calling for the assassination of Donald Trump. Once again, the laws and Constitution means nothing, and there will probably be nothing done by this administration to put an end to this. Where is the DOJ, the FBI, and anyone in this administration who have spoken out about this. Like everything else, it will be ignored by the mainstream media, and in some cases, like CNN and the NY Times, are actively pushing the rioting forward, inciting the rioters to continue. Would they hhave done this if the rioting happened during Obamas elections?

There are those who think all this just started after the election. But through people like Soros and other New World Order globalists, this has been brewing for such a time as this. It starts with our education. Teach the young children that history is unimportant except for the history of now, and indoctrinate them in all the failures of the country they should be taught to love. Give them everything they want, leave no one out to convince them that they are all equal, and more importantly all the same. Not having any deep seated allegiance to the country they will spout stupidity proclaiming socialism better than capitalism, as seen in the rise of Bernie Sanders. Each of these people needs to look at and visit such places as Cuba, North Korea, and now Venezuela. If you like roaming for garbage to eat, then socialism is for you.

Although the country is in a moral and financial decline, the American people have decided not to allow it to continue. We have always been a country that has wanted to pass on to our children a better world than we ourselves have. For the first time in history, we have parents who are concerned about what is going to happen to the children. More money thrown at the problem won’t fix it, it must come from an improvement in our interaction with one another, it must come from the respect each and every one of us deserves, it must come from the independence of thought that moves humanity forward and not further back into the darkness.  A large majority of over 80% feel that there are different rules for the well connected and rich such as Hillary Clinton. Calling those who voted for Trump racist is not the answer. It is the fact that America is waking up to the realization that there are two sets of rules. Hillary CFlintons decades of corruption culminating with the e-mail debacle and the pay-for-play Clinton Foundation was a primary propose for the American People, including people of color voted for Trump. It was the American people who spoke in this election. Contrary to what you hear at these riots taking place right now, it was an election result that was based on giving everyone equal opportunity, and the respect they deserve, the very same things that the rioters are proclaiming they want.

It starts with the idea that the politicians, Wall, Street, national corporations and others do not listen to the people, but rather raid the federal government for their own gain. The American people have realized that the politicians are more interested in collecting power and to get re-elected than the interests of the people. The revolution that is taking place, a populist uprising that will continue. It is not a matter of which party is right, but more a question the conflict between America and those who think they are our political elites.

The political elite includes such people as Van Jones who declared in his royal fashion that this election was a “whitelash”. It was a “whitelash” against a black president. If this was a “whitelash” as this socialist proclaims, why did Donald Trump gain more black and Hispanic votes that any Republican in history.And if America is still so racist, how did Obama get elected twice?

Other elits include quite a grouping of celebrities claiming they will leave the country if Trump was elected. I do not listen to celebrities about politics, after all how many of them have protected our country in the military, or even held a real job other than menial labor until they were “discovered”. Going to college for an acting career does make you apolitical experts, although they probably spent most of the time they are there listening to the socialist claptrap that their peers espouse. Lean Dunham tell us that if we didn’t vote for Hillary we are uninformed. That there was nothing in the e-mails that should concern us, and that we are just all uneducated. I read the email, I know a great deal about the Clinton Foundation, and there is still Benghazi that was summarily dismissed by those in power. There are many of us, both military veterans and not that will never forget. But get in your limo Lena, and have yourself driven to Canada, and don’t claim now that it was a threat made in jest. Oh that’s right, Canada doesn’t want you either. I find it disgusting that there are those who will listen to an overweight pedophile sitting on a toilet naked eating cake. But I suppose that is to be thought of as cutting edge right?

The political elite need to understand that this is only the beginning, the revolution has just started. The progressive liberal establishment will no longer get away with dividing this country, we will fight back. The outlook that identity politics much be achieved to obtain equality has been proven false. Racial politics is a thing of the past. When I was in the service I worked with all colors, all nationalities, and both genders. I was told at the start of my Naval career, that there was no color, no gender, all of us were Navy gray. The attacks on our traditions and exceptionalism of this country.

The rioters are those who wish for a one world government, or at least a government that will take care of them. This is not what the country was based on. It was based on the individualism of the people of this country. The people have taken charge, the revolution has started. No more will the political elite and the New World Order of George Soros and others continue to disregard the will of the people.

The path is clear. Be vigilant and continue the fight America. Our country depends on it. 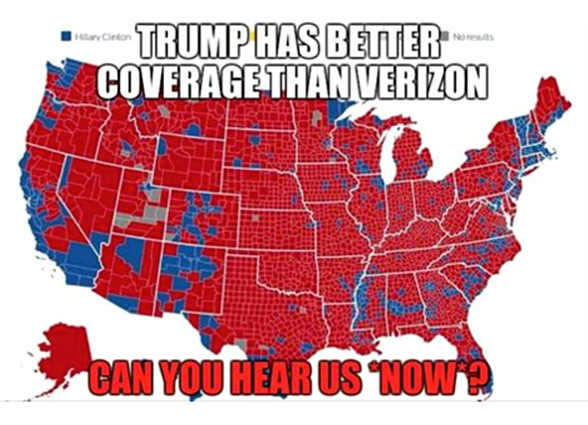 Good one. Put it into perspective.

Permalink Reply by Douglas W. Rodrigues on November 13, 2016 at 6:28am
Even with voter cheating, Hillary lost.

The Left, it's indoctrinating/educational system, the criminal media & entertainment music industry create this chaos over decades. They are 100% responsible. They own it and even to this day they are edging the radical uneducated on. The media are 100% involved in the hatred and destruction. They must be held responsible. Put a round in it, bury it.

For the past eight years the American people from both parties have been ready to revolt against the political elites, those same people who continually tell us what is good for us. Unaware and incapable of understanding that they became all that was wrong with the country and the adversary of the American People ...

... Once again, the laws and Constitution means nothing ...

... Although the country is in a moral and financial decline, the American people have decided not to allow it to continue. We have always been a country that has wanted to pass on to our children a better world than we ourselves have. ...

... This is not what the country was based on. It was based on the individualism of the people of this country. The people have taken charge ... Permalink Reply by Hilary Joseph Hogan on November 11, 2016 at 5:56pm
Our job has just begun. Socialist are like the terminator. They won't stop! That's what they do. The invasion will continue but, America needs to stay awake. So many people I have spoken to say "why do I care about who's president?" That blows me away! We the people must ensure our freedom every day. This election woke up many people, including me. Fight for it or lose it.

Those that are causing harm and destruction need to be shot. When the streets get too deep with dead bodies then it will stop!