The Republicans In Congress Have Betrayed Us Again and Again

I guess by now we should be accustomed to politicians lying to us. For years, Republicans have been promising to repeal Obamacare if we would just give them control of the White House, the Senate and the House of Representatives. We did that, and now they are breaking that promise. Because even if “Obamacare 2.0” miraculously gets through the Senate, most of the essential elements of Obamacare will survive. If you look at the latest Senate bill, most of the Obamacare subsidies are still in there, many of the Obamacare taxes are still in there, and most of the Obamacare regulations are still in there. On top of everything else, the bill would create an absolutely massive health insurance company bailout superfund, and that is something that the Democrats never even dared to do. The bill being pushed by Senate Majority Leader Mitch McConnell wouldn’t actually fix much of anything, and it certainly cannot be called a “repeal” of Obamacare.

I have said this before, and I will say it again. The Republicans got a bill to repeal Obamacare through Congress and on to Barack Obama’s desk in early 2016. Obama vetoed that bill, but now the Republicans should take that exact same bill and get it to Donald Trump’s desk.

Of course repealing Obamacare won’t fix our deeply broken health care system. But it would be a giant step in the right direction.

So why won’t the Republican do it?

In a recent editorial, Rand Paul explained why he cannot support this bill…

The Senate Obamacare bill does not repeal Obamacare. Not even close.

In fact, the Senate GOP bill codifies and likely expands many aspects of Obamacare.

The Senate Obamacare-lite bill codifies a federal entitlement to insurance. With the Senate GOP bill, Republicans, for the first time, will signal that they favor a key aspect of Obamacare – federal taxpayer funding of private insurance purchases.

Seeking to quell a revolt from more than one-fifth of his conference, Majority Leader Mitch McConnell agreed to forego two significant tax cuts for the wealthy and instead pour hundreds of billions of dollars back into the proposal he released two weeks ago. There’s now $45 billion to combat opioid addiction and even more funding to help mitigate higher insurance costs for low-income people and to stabilize the individual markets. An additional $70 billion would go to states to to help drive down premiums, on top of $112 billion that was in the original proposal. McConnell’s target was senators toward the center of the Republican ranks, who represented the largest bloc of opposition to his first legislative draft.

This version is almost certainly destined to fail as well, because Rand Paul and Susan Collins have already come out against it, and McConnell can only afford to lose one more vote.
READ MORE Is Mike Pence Leaking to Take Down Trump?

If a Republican bill cannot get through the Senate, McConnell is already talking about a bipartisan effort that would involve cooperation with the Democrats. And of course the Democrats will want to keep as much of Obamacare as they possibly can. 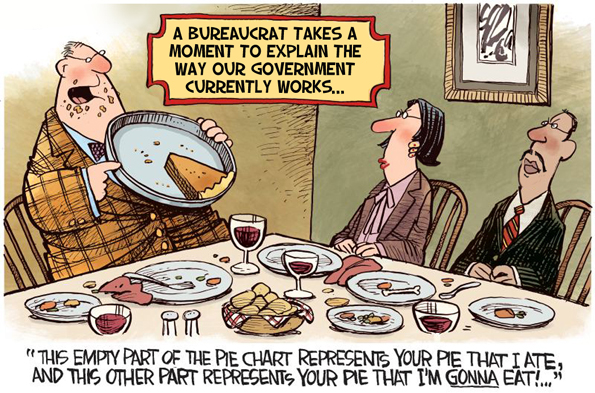 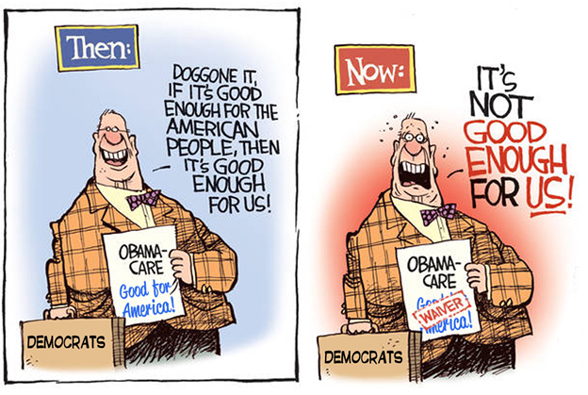 Government controlled Healthcare is what we have, and it is what we are going to have. Once the retarded program is made into law (or a tax) it remains. The GOP effort to repeal it is cheap theatre played by cheap actors and produced by political phonies pretending to act on behalf of the people that they are defrauding.

How did Replace end up in the Repeal promise? They lied.

The "Affordable HealthCare Act" is illustrative of how abject corruption enters into public life due to two factors. Apathy on the part of the public in general, and lust, greed, and avarice on the part of those supposedly elected to represent the people.

The United States Constitution was designed for a righteous people, people who cared and were concerned about what it was lording itself over them, and to prevent the overreach of government from absolving protection responsibilities into acts of  Control .

The America People are victims of their own government. 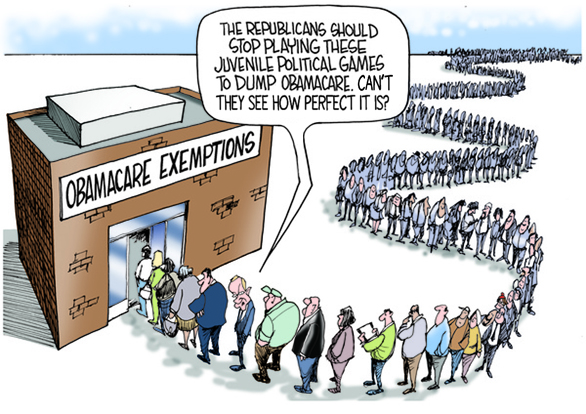 In an outrageous move, the House Appropriations Committee passed a spending bill late last night that allows illegal aliens who have received the unconstitutional executive DACA amnesty to hold jobs with the Federal Government! The amendment to add the provision was offered by Rep. Pete Aguilar of California and passed by voice vote.

The Committee Chairman, Rep. Rodney Frelinghuysen, denied a request for a recorded vote, presumably so nobody could be held accountable.

Federal jobs are almost solely reserved for U.S. citizens. In fact, www.USAjobs.gov, the fed's job bank, says the only exception is when Congress specifically calls for it in the annual spending bill.

Express your outrage that Reps. Frelinghuysen and Graves would allow an amendment that allows recipients of the unconstitutional executive DACA amnesty to hold federal jobs and deny a request for a recorded vote.

Demand that House Leaders strip the provision from the Financial Services Appropriations bill before it reaches the House floor.
3) Tweet at Committee and GOP Leadership:

If you use Twitter for your activism efforts, we posted an action with pre-written Tweets to send to the Appropriations Committee's Leadership and House Leaders. Click on the red button to take action!

The Kennedy's got away with rape & murder.

No one is above the law!  Yeah, right.

Regardless of the appropriate justice Kennedy historically eluded, ......he got 5 bullets.

And yes, the Clintons have managed to escape justice, thus far. However, it ain't over yet.

Where Is The Republican Promise To Repeal Obamacare?

McConnell, Ryan and the rest of the neo-conservative Trotskyite Republicans are doing absolutely nothing to destroy Obamacare.  Prior to their re-elections, they yammered and yammered to us about repealing Obamacare, and now look at them!  .......LIARS ALL!!!!!!..........

I've said long before the election in 2016, the republicans are as bad as the democrats!

politicians have been and are all snake oil peddlers - literally. Promising their laws (ointments) will cure all our ills.

With John McCain sidelined by surgery, Senate has no timetable for Obamacare repeal vote

Sen. John McCain’s absence has left the Senate with no timetable for a vote to repeal and replace Obamacare, but some Republicans doubt the proposed health care bill has the votes to pass even with the upper chamber at full strength.

Senate Majority Leader Mitch McConnell, Kentucky Republican, indefinitely postponed a vote planned for this week to give Mr. McCain time to recover from a procedure to remove a blood clot above his eye.

“There are few people tougher than my friend John McCain, and I know he’ll be back with us soon,” Mr. McConnell said in a statement Saturday. “While John is recovering, the Senate will continue our work on legislative items and nominations, and will defer consideration of the Better Care Act.”

A pathology report to determine how long Mr. McCain’s recovery will take is expected in the coming days. Doctors from the Mayo Clinic said the senator’s surgery was successful and he is resting comfortably at his home in Arizona.

Two Republicans, conservative Sen. Rand Paul of Kentucky and centrist Sen. Susan M. Collins of Maine, have come out publicly against the health care bill. With a 52-seat majority and Democrats unanimously lined up against the legislation, Republicans cannot afford another defection.