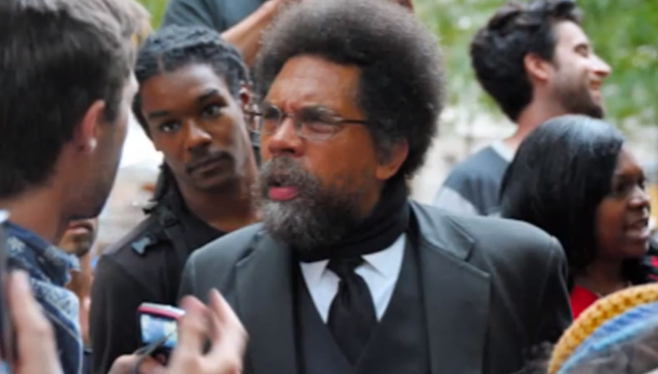 Testimony emerging from the grand jury investigating the death of Michael Brown in Ferguson, Missouri seems to confirm the police officer’s claims of self-defense. The official coroner’s report reputedly points to a struggle over the police officer’s gun. But more facts need to be known over the controversial encounter that inflamed protests in the majority black town against the majority white police force.

Lack of hard facts did not deter Religious Left activists Jim Wallis and Cornel West from demonstrating and seeking their own arrests in Ferguson last week as part of a “weekend of resistance” ending with a carefully choreographed “Moral Monday” protest. They even confronted police officers to demand their “repentance” for Brown’s “murder” while kindly offering to take their confessions.

After “much confessing, praying, and singing” in a Ferguson church, Wallis and West, with about 200 others, “marched to the Ferguson police station that has been the headquarters for much brutality against the young black people in their community,” as Wallis recounted.

Demonstrators drew a white chalk outline of a body in front of police headquarters as a “memorial to Mike Brown and so many other young black men who have been shot and killed, their names read in a painful but powerful liturgy as we silently prayed,” in protest against the “kind of police violence that is undeniably racial in its implementation.” According to Wallis, “we repented those losses and pledged to hold police accountable for moving in new directions.”

Then Wallis and fellow activist clergy got more personal, confronting individual policemen blocking their path to join them in “repentance,” prompting Wallis to recall, “In all my previous arrests for peace or justice, I had never asked a police officer to join in repentance.” Evidently Wallis’s exchange with his targeted policeman was cordial, as he tells it, although he doesn’t say whether the officer repented on Wallis’s terms.

After their “repentance” demands, Wallis, West et al. moved forward to provoke arrest, which they successfully achieved, as Wallis is an old hand at getting arrested across over 40 years of protests. “Arrests were not made until protesters started bumping police officers’ shields and eventually forcing through the police skirmish line,” a police spokesman told The New York Times.

“As faith leaders we were, of course, treated very well,” Wallis admitted, but adding grimly, “In sharp contrast to the ways young black men are often treated in those same facilities.” But Ferguson “must now be transformed from a moment to a movement,” momentously declared Wallis, who specializes in generating movements. “Racial policing is a sin — against our brothers and sisters, against genuine American democracy, and finally against God,” Wallis explained. “Quite simply, this American sin must be repented of and turned around,” and the “American faith community cannot rest until that repentance is done.”

What did Wallis just say, speaking in some platitude that even he doesn't understand, certainly not his fellow blacks.

"Merchandize"? What, are they selling Mike-ee shaped targets?

ferguson is all about the blacks voting in the next elections...its about keeping up the racial heat...to keep the blacks in a victim frenzy to support obamas failed policies...even though in the past 5 years...the plight of the blacks has become economically worse. the race baiters love to use the old slavery hype....well the slave trade is still here....only the plantation has been taken over by Obama and the democrat party...and the victims are the blacks that represent Detroit, Chicago, new York and ferguson........nobody mentions that the new victims in the democrat plan will be the Hispanics....but you never hear that amnesty will do more harm to the blacks than even the present welfare policies that entrap them. this is why I am pissed at the republicans for not exposing all of this. where is the uplifting and pro American plan for the republicans and why is their silence so deafening that we often are not even visible to those who support us. even while the war on christains heats up...and Obama begins his final push to destroy this country..it looks like business as usual in the halls of the gop congress.

Yes!  I have asked similar questions .. why aren't the Conservatives & the GOP replying.  Why are they allowing the commies to accuse us of hate  You're right, Al, the Right isn't even trying to bring some pride back to our country.  The GOP is the Right wing of the democratic party.

There appears to be only ONE PARTY in the US... the GOP is nothing more than the Democrat Lite...party of globalist and progressives.  They certainly don't act like the opposition and have continuously failed too stand firm for conservative values and the Constitution.

The November elections are being touted as very close... when they were once portrayed as in the Bag for the GOP.  The MSM is promoting Polling Data that puts most races within the margin of error providing the perception necessary to cover up massive voter fraud.  By any means necessary is exactly how the Democrats will keep control of the US Senate.

What will the people do then? Roll over and accept massive voter fraud... most likely, and any one that  may act  to protest voter fraud will be demonized, isolated, and dealt with very severely... not like the Blacks in Ferguson.

They want discord as ordered by Holder.  He is pushing this racial theme for total mayhem  Martial law comes to mine.

Maybe "racial policing" would stop if blacks would stop being criminals.    Are police supposed to hunt for 50 year old white women if a black teen is captured on video stealing cigars?   Hmmm?    I don't think the "police" are the problem. 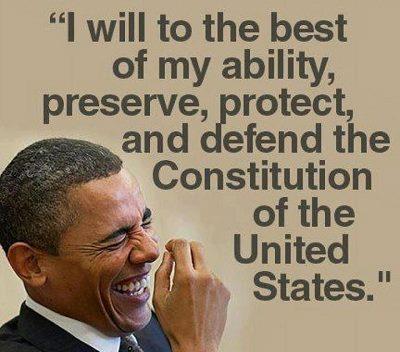 “As faith leaders we were, of course, treated very well,” Wallis admitted, but adding grimly, “In sharp contrast to the ways young black men are often treated in those same facilities.” But Ferguson “must now be transformed from a moment to a movement,” momentously declared Wallis, who specializes in generating movements. “Racial policing is a sin — against our brothers and sisters, against genuine American democracy, and finally against God,” Wallis explained. “Quite simply, this American sin must be repented of and turned around,” and the “American faith community cannot rest until that repentance is done.”

Wallis of course was enthusiastic about his latest performance of street theater. “I marched together with that new generation in Ferguson yesterday, and we were arrested together—in repentance,” he intoned. “Thanks Be to God.”

A news release about the demonstration and arrests from PICO National Network, a Saul Alinsky-style activist group founded by a Jesuit priest, was more explicit than Wallis, specifying that Ferguson police need to “repent for the murder of Michael Brown,” for which “God will forgive you, but you must repent.” It seems unlikely that police officers were spiritually receptive to this allegation of “murder,” Wallis’s chirpy account of his exchange with police notwithstanding.

Cornel West also declined to follow Wallis’s feel good script, reputedly announcing that if the police officer who shot Brown were not arrested, evidently without regard to the ongoing grand jury, he would seek his own arrest as a supposed statement. “When you murder someone you get arrested and have a fair trial,” he told the crowd in unvarnished terms, despite his insistence that “I’m not here to give a speech,” but “I’m here to get arrested.” Evidently he actually did both.

It’s hard to see how this Religious Left supported “weekend of resistance” in Ferguson facilitated justice or healing for anyone. Insisting that Brown’s police killer committed “murder” before the story is fully and reliably reported sounds more like aspiring mob action than interest in true justice. And if the grand jury process fully and persuasively exonerates the police officer, will his religious accusers then offer their own repentance? Or are they more committed to their own political agenda of unquenchable grievance and resentment?

For Wallis and other old style Religious Left professional protesters shaped by a different era, nearly every controversy is 1965 or 1971 all over again. And the opponents, as they characterize them, are little different from Bull Connor and George Wallace, or perhaps Lyndon Johnson and Richard Nixon.

Wanting to re-create romanticized youthful episodes of exuberance is understandable. But stoking further social ill will, convicting in the public mind a man who might be innocent, and demanding “repentance” from all police officers in a town as part of a staged theatrical presentation, is considerably less than a persuasive Christian witness.

Wallis, West, and others at the ostensibly “Moral Monday” protest might consider that repentance is best sought for ones own self, in private, not in front of cameras and reporters.

We are allowing the creation of our own internal BLACK terrorists.

Wonder who they get to portray Trayvon Martin and Mike Brown in movies I'm sure someone like Spike Lee would throw one together. It's not bad enough we are having to fight the Radical Muslims and now there are a bunch of Black Left Wing Radicals who want to fight the White people and raise their Black Power fist and bring back Slavery. But I have Right Wing Black Conservatives who are friends who will fight for Freedom and the American Way.