"It doesn't matter what he said."

As he made his Congressional speech Tuesday, House Minority Leader Nancy Pelosi made no effort to hide her animosity toward President Donald Trump.

Pelosi has been an outspoken critic of the president, saying last month Trump has “acted in a way that is strategically incoherent, that is incompetent and that is reckless.”

She didn’t appear to think differently of the president during his speech Tuesday. With the help of the ever-present social media, Pelosi’s facial features soon went viral. 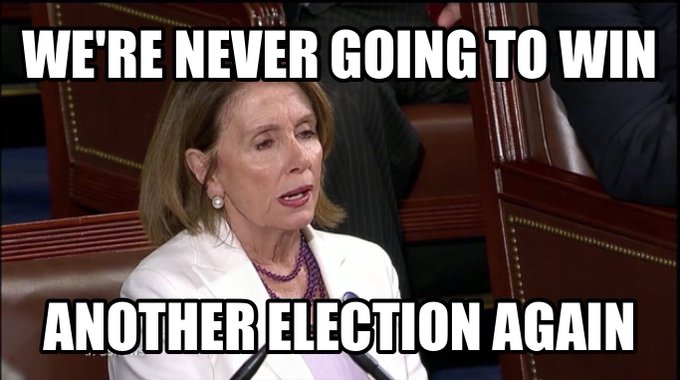 What was going through Nancy Pelosi's mind as she listened Trump's brilliant speech to Congress?#JointAddress #MAGA#draintheswamp


At times throughout the speech, Pelosi appeared to show disdain for the president.

She refused to show support by applauding Trump’s proposals to save American jobs and protect women’s health, even though these are issues the Democrats feel strongly about.

Following the president’s speech, Pelosi released a statement in which she accused Trump of giving a speech which was “utterly disconnected from the cruel reality of his conduct.”

She accused him of “speaking like a populist” who is “selling working people down the river to Wall Street.”

Pelosi was not the only person attending Tuesday’s speech whose facial expressions were caught on camera and posted to social media. 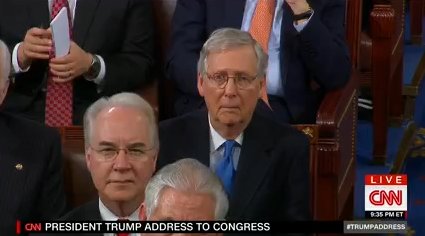 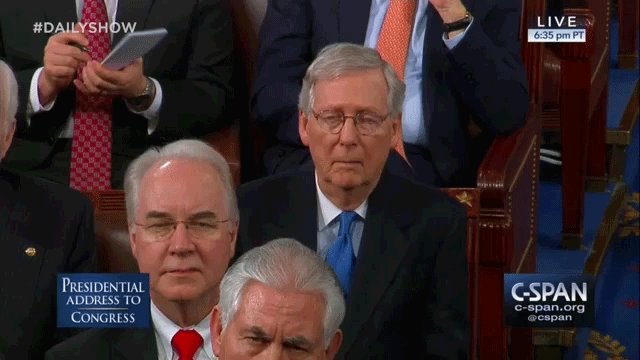 
While some Republicans feel Trump’s speech was his best to date, many Democrats have voiced a different opinion.

“It doesn’t matter what he said,” stated Schumer. “This is like the campaign and he says one thing but as he governs it’s another.”

Vermont Sen. Bernie Sanders posted a video to his Facebook page in which he responded to Trump’s speech.

Sanders criticized the president for what he didn’t say as well as what he did say.

“I did not hear President Trump say one word, not one word, about Social Security or Medicare,” Sanders said. RIGHT....can't tell one from another