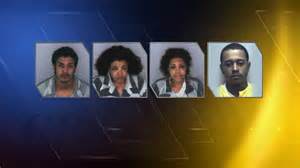 Three siblings and another man whom authorities say all belong to the Bloods gang set 99 Goon Syndikate will instead face the possibility of life in prison for their alleged role in the high-profile killing of Capt. Kevin Quick, 45.

“I know the attorney general takes these cases very seriously,” said Timothy J. Heaphy, who is prosecuting the case against siblings Daniel Mathis and Shantai and Mersadies Shelton, as well as Kweli Uhuru.

Halisi Uhuru, identified in court records as the top-ranking member of the Syndikate in Virginia, and Anthony Stokes also are charged in a 36-count federal indictment handed down by a Charlottesville grand jury last month. A three-week trial date was scheduled Friday to begin May 4.

“[Holder] reviews each potential death penalty case at his kitchen table, often late at night,” Heaphy said. “I have known him for years and continue to have great confidence in him and his judgment.”

He did not say whether he agreed with the decision or whether authorities have identified who fired the shot that killed Quick, 45, a new father who was last seen leaving his mother’s home in Afton on Jan. 31.

He sent a text message to his girlfriend at 10:14 p.m. saying he was on his way to visit her and their infant daughter in Albemarle County, and another at 10:49 asking if she needed anything. That was the last anyone heard from Quick. His remains were discovered six days later in rural Goochland County.

Permalink Reply by Robert William Metcalf on November 17, 2014 at 6:27am
Heaphy was appointed by Holder.

He has to embold his base.  The message is that feel free to get away with murder.  Obama's and Holder's militias.

Maybe the four suspects will get their just deserts in prison!!!  There certainly isn't any justice coming from Eric Holder and his ilk!!!!

Thugs all of them and Holder a rotten traitor to his country. Holder should be arrested for treason. This crap is going to continue and it is going to intensify. Muslims are in control of our White House. God help us if we continue to sit and let this happen. It is time for the American people to use the mite we have to show these terriorists how we unite and take them DOWN!!!!!!

Just one gang member covering for another.  What else is new? 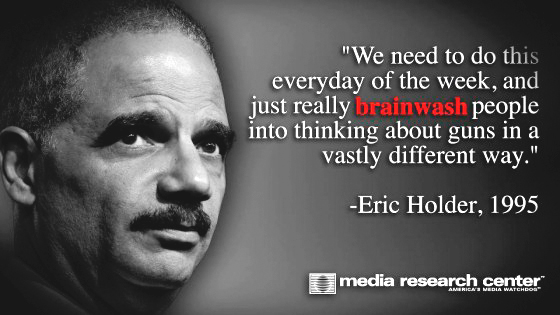 The night Quick vanished, Mathis used Quick’s DuPont Community Credit Union card to withdraw $203 at an ATM in Fork Union, according to a search warrant initially sealed in federal court. By 3 a.m., when the siblings picked up a friend in Bumpass driving Quick’s silver Toyota 4Runner, the 20-year veteran of the Waynesboro reserve force was gone, the records state.

Surveillance records and witness interviews detailed in the warrant place the defendants with Quick’s debit card at banks in Charlottesville and Manassas in the following days. On Feb. 2, Mathis and Mersadies Shelton participated in a failed robbery in which one person was shot and another pistol whipped, the warrant states.

Heaphy on Friday said prosecutors had turned over volumes of forensic analysis, electronic communication and jailhouse phone calls gathered during the investigation to defense lawyers. The six defendants and their counselors filled the jury box Friday in a hearing before U.S. District Judge Glen E. Conrad.

“Forensic evidence links all four of these defendants to [Quick’s] vehicle,” Heaphy said, of Halisi Uhuru and the siblings.

All defendants maintained their innocence Friday when Conrad asked if anyone wanted to change their plea. Friends and family members of Quick and the defendants packed the third-floor courtroom. There were no tears or emotional outbursts during the 45-minute procedural hearing.

The lone defendant to speak was Halisi Uhuru, identified in the indictment as the gang’s “OOG” or “Double Original Gangster.”

Uhuru asked Conrad to inquire about the treatment Uhuru was receiving at Western Virginia Regional Jail in Salem.

“I feel like it’s a violation of my due process rights even though I haven’t done anything wrong,” Uhuru said.

Jail workers placed Uhuru in administrative segregation away from the other inmates and shackle him much of the day, his lawyer told Conrad. U.S. marshals requested Uhuru’s transfer recently from a facility in Harrisonburg to Salem, lawyer Sherwin Jacobs said.

Conrad said Uhuru’s living conditions were not related to his constitutional right to due process.

“I’ll make an inquiry about your particular situation and see what I can find out,” Conrad said.

The next hearing in the cases is scheduled for March 2. Former co-defendants Leslie Hope Casterlow, Anthony White and Devante Bell have pleaded guilty to lesser charges in the alleged conspiracy.

Do the same with Holder, shot while trying to be an attorney general!

erich holder is one of their gang leaders!

Thugs will always take care f each other.  We are living under a criminal regime.

You got that right.

Can anyone tell me..............WHY does Holder get to make the decision on the death penalty?  Thought that was up to the state to decide...

Holder does not get to make that decision. He is claiming that power over the states as a bluff. The state Atty Gen should not let him get away with it and tell him to shove it. I believe in all states the Atty's Gen are elected officials exercising state laws. The Constitution does not give holder that authority. He and obama have successfully been bluffing in a lot of instances.