Following a gushing report on Friday’s NBC Today about President Obama awarding Vice President Joe Biden with the Presidential Medal of Freedom, co-host Matt Lauer revealed that he was overtaken by emotion while watching the White House ceremony on Thursday: “So I’m glad there were no cameras in my apartment yesterday because I was just sitting there weeping….I just burst out crying when I saw that moment. It was incredible.”

Introducing the three-minute segment, Lauer proclaimed: “…there was something special in Washington yesterday. It’s getting a lot of attention. President Obama surprising his vice president, Joe Biden, with the Presidential Medal of Freedom.” Correspondent Andrea Mitchell followed: “It was extraordinary, Matt….Barack Obama had a parting gift for his vice president, Joe Biden. Also on display, the kind of friendship rarely seen between high-powered politicians here in Washington.”

I burst out laughing. 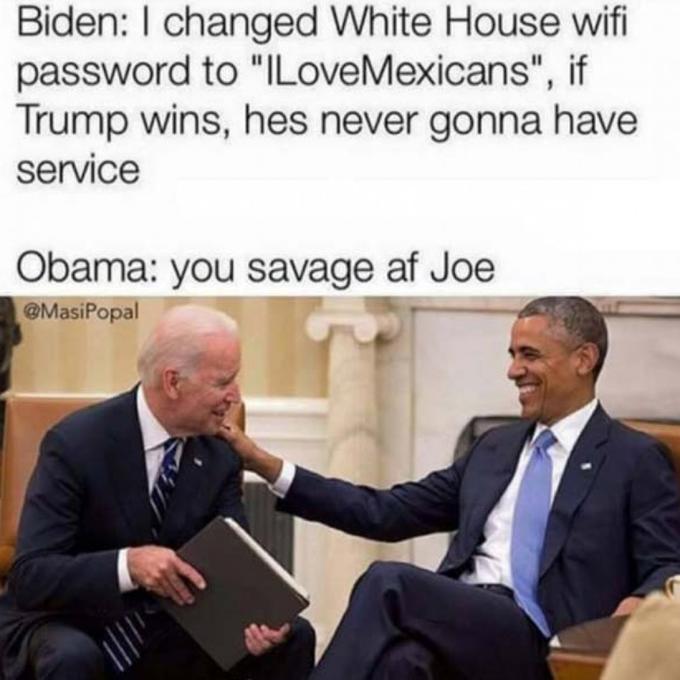 Permalink Reply by Douglas W. Rodrigues on January 16, 2017 at 4:48am
Obama gives out medals so freely that it's lost it's importance.

Permalink Reply by Bret Geren on January 16, 2017 at 9:03am
He also has the flag lowered for everything under the sun. If a cat gets run over LOWER THE FLAG !!!

Why?  The diaper rash acting up, again?

Permalink Reply by Silverback on January 16, 2017 at 5:21am
What about thr thrill going up his leg?

Is Matt Lauer a big sissy?,he must not be able to see that the medals Obama and Biden are giving each other are an insult to the American people, these phonys haven't done anything to deserve anything but a kick in the rear end,and a kick out the front door of the house the American people own,. Obama claims he owns it, and if we have to we will send the SWAT TEAM to drag him and his wife out,it's eviction time !!.we are ready for President Trump to correct all of the destruction caused by Obama and Biden so we can on with doing what's best for the American people instead of the constant lies from Obama.

I will be so glad when tweedle dee and tweedle dumb are out of office....Matt Lauer crying over this story??? Good grief get a grip...

These people are such an embarrassing disgrace on humanity that it is impossible to find the words to describe them. The words haven't been invented yet because nobody could ever imagine that there would be a need for them.

But there is now. Forget about the Constitution. The dictionary is in dire need of amendment, or additions in this case.

I'm sure Lauer continues to wet the bed too. What a wimp. He should be paying someone to exist.

Obama just awarded himself and his moron second the Medal of Honor, civilian version. And these two assholes are sooo proud of themselves. Then, to ice the cake of dishonor and disgrace, Obama is releasing sworn enemies of the United States in his last few days of pretending to be an American.

And Congress watches treason, wide open treason, and does nothing. Absolutely nothing. Other than to weigh in on the idiot racist fraud "hero" Lewis, with his fake racist offense at the election of a man who has done, and will do, more for the blacks than Lewis or any of his sorry assed buddies have ever done. Which, in a word, is NOTHING.

Then we have Chris Wallace asking CIA director John Brennan (what a joke) if he thinks " President-Elect Trump really understands the danger that Russia presents to America."  As if he, Chris Wallace, another bed pisser, is an expert on foreign affairs, and doesn't know how Brennan will answer his arrogantly stupid question.

And these are news people. President Trump, (I call him that now because we haven't had one for the last eight years) there is more than one swamp that needs draining.

Yep he to has been brain washed and nothing more

Gee, I was affected at the other end.