Islamic terrorism sure is profitable: Hamas gets $5 billion in aid (including your tax dollars) 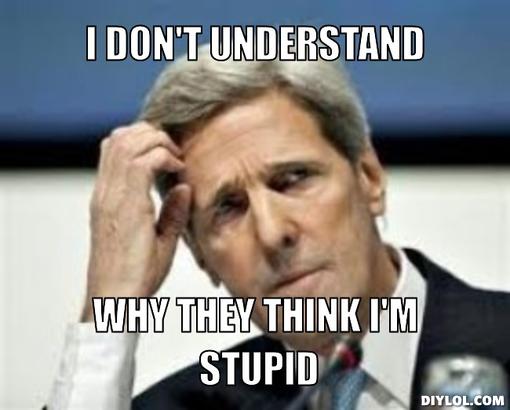 It is absolutely unconscionable to me that the Obama administration and indeed the West fail to realize what it will take for peace in the Middle East. If you ask me, it seems the best business to be in these days is Islamic terrorism. It’s quite profitable. Consider the $3 to $6 million that ISIS makes daily selling black market oil — enabled by our esteemed NATO ally, Turkey.

But then there’s Hamas — that “humanitarian organization” as Nancy Pelosi describes it – now rolling in dough as well.

Thanks to John Kerry’s efforts, the Palestinians will be receiving more than $5 billion in aid – but don’t think for a second that will buy any peace.

As reported by Yahoo! News, “U.S. Secretary of State John Kerry called on Sunday for a renewed commitment to achieving Middle East peace, saying a lasting deal between Israel, the Palestinians and all their neighbors was possible. But prospects for a renewed peace process appeared dim as Kerry offered no specifics on how to restart negotiations in his speech to a Gaza reconstruction conference that raised more than $5 billion in aid for the Palestinians after a devastating war in the tiny coastal territory.”

“Out of this conference must come not just money but a renewed commitment from everybody to work for peace that meets the aspirations of all, for Israelis, for Palestinians, for all people of this region,” Kerry told the meeting in Cairo. “And I promise you the full commitment of President (Barack)Obama, myself and the United States to try to do that,” he said. “Make no mistake: What was compelling about a two-state solution a year ago is even more compelling today,” added Kerry, referring to the long-term goal of an independent, democratic Palestinian state living peacefully alongside Israel.”

Folks, these chuckleheads just don’t get it. The more money you give these Islamists, the more terror there will be — and never peace. What part of “stupid idea” does John Kerry not get?

How can Obumba and Kerry do this, that's the major problem. All you people talk about what's going on but neither you or anyone else in the country do anything to put these people in jail or in front of a firing squard, your more stupid, sounds to me like, huh!

THIS IS WHY CONSERVATIVES WILL NEVER WIN, BECAUSE WE ARGUE OVER SPELLING AND OTHER TRIVAL MATTERS.

Evil manipulation. Rockefeller's New World Order (Odor) sees to it our enemies are aided with our tax dollars, financial hardship, and war. America, the only obstacle to his NWO, is effectively eliminated. Nobody wants to take on this suppressive anti-social evil A-hole...Semper Fi Nam 66-67

There is simply too much anti-American activity by this Administration to continue excusing it as "stupidity."

The President and the Secretary of State just have their own checkbook on our tax dollars to give to terrorist organizations as they see fit?

Isn't there a process these sort of 'gratuities' are supposed to go through?

dear god...please save a place in the darkest and hottest place in hell for Obama.

How does this happen.  Isn't arming or paying the enemy treason??

And how many U.S. Mosques are getting tax dollars to teach terror tactics and bomb making ?