IS AMERICA WAKING UP?

Thanks to our federal government, the American people remain in peril. Terrorists continue to take advantage of Barack Obama’s fraudulent refugee program by infiltrating an unknown number of Islamic extremists into our country. Coupled with unrestricted border entry, the rising tide of illegal immigrants represents a growing danger to the American public. And this is precisely what

Obama wants. The ongoing invasion of the nation by America-hating,  inferior stock is an important part of the “fundamental transformation” of the United States that Obama has spoken of throughout his years in the White House.

Of course, White House press secretary Josh Earnest continues to extol the virtues of the intensive screening involved in the Regime’s imaginary two year vetting process. It doesn’t seem to matter that both the FBI and DHS have stated that the vetting of Muslim refugees is not possible because paperwork containing the individual histories needed to screen them doesn’t exist.

Rep. Michael McCaul (R-Texas) made the chilling statement that “the threat that we now face is greater than since the days after 9/11. I believe 2015 will be seen as a watershed year when our enemies have gained a foothold in the spread of terrorism.”

Fortunately the American people are paying attention to the

danger the left has put them in and it appears they are damned tired of it.  The nation, with or without the assistance of this administration, needs to move forward quickly with encryption, profiling and closing the borders to all illegal immigrants. But how can it be accomplished given that the Republican-controlled Senate has supported the agenda of the Democrat Party rather than that of the American people?

What will the administration do at this point? Many believe Obama will continue the intentional destruction of our country. Some accuse this Regime of being a sort of “sleeper cell,” given its Marxist/Islamic agenda. Obama has willing accomplices at the New York Times, the Washington Post and a plethora of websites and organizations financed by the likes of George Soros and his Open Society Institute. It is their intention to destroy the United States in order to bring forth a New World Order based upon

models conceived by the United Nations. They continue to divide the country by race and class while pushing for open borders and regulating business to the point of bankruptcy.

But leftist politicians who have spent decades buying the allegiance of permanent ne’er do wells with American tax dollars may soon get a lesson in payback from those who have been forced to foot the bill.  Concerned that American voters might finally be ready to do something about the corruption of politicians in both political parties, the liberal media has been joined by both Democrats and Republicans in a serious attempt to drive Donald Trump from the 2016 Election; the motivating factor—fear. For neither “reason” nor intimidation will succeed in bringing a self-made, billionaire individualist under the control of D.C freebooters and autocrats.

Having accomplished so much, a president Trump may want to leave his mark on history by replacing pan handlers with workers and bureaucrats with businessmen. Opening America to oil exploration and re-invigorating the coal industry could have the U.S. energy-independent in 10 years or less. The military can be

rebuilt and its purpose redirected from serving political correctness to defending the United States. Liberals would be replaced by conservatives throughout the federal bureaucracy.

All of these things and a great many more could be accomplished by an honest president who is supported by the American people. And if as many American voters are as fed up with Marxist liars as I believe there are, the first true, non-politician might enter the White House in 2016.

If Americans are going to wake up, they are going to have to get a grip that Obama is not a one man show, he is the lead marionette in a puppet show as explained by Carroll Quigley in his book, "Tragedy & Hope" from 1966:

"The argument that the two parties should represent opposed ideals and policies, one, perhaps, of the Right and the other of the Left, is a foolish idea acceptable only to the doctrinaire and academic thinkers. Instead, the two parties should be almost identical, so that the American people can "throw the rascals out" at any election without leading to any profound or extreme shifts in policy."

The politicians are controlled on both sides of the political isle. He goes on to say who is controlling them:

"... the powers of financial capitalism had another far-reaching aim, nothing less than to create a world system of financial control in private hands able to dominate the political system of each country and the economy of the world as a whole. This system was to be controlled in a feudalist fashion by the central banks of the world acting in concert by secret agreements arrived at in frequent private meetings and conferences."

It would be pointless for them to control only one party - they need the banter back and forth to create the illusion that things will change; they have their agenda which they openly talk about but it never makes it into the controlled media because they control that also.

George H.W. Bush began NAFTA and he tried to get it passed before he left office but didn't make it so it was Bill Clinton who had it ratified. George W. Bush expanded it and so does Obama today. To date, none of the people holding the Presidency in at lease the last four administrations have really been acting in the best interest of the country. They have been acting in the best interest of the globalists who want a North American Union, no matter what comes out of their mouths and no matter that they never publicly discuss what they are working towards.

It has been set up as a permanent fixture of the federal government:

Here is the history for anyone who is capable of reading it:

Hillary just came out & said she had always been against NAFTA. Evidently Bill wasn't paying much attention to her:

"After much consideration and emotional discussion, the House of Representatives passed the North American Free Trade Agreement Implementation Act on November 17, 1993, 234-200. The agreement's supporters included 132 Republicans and 102 Democrats. The bill passed the Senate on November 20, 1993, 61-38. Senate supporters were 34 Republicans and 27 Democrats. Clinton signed it into law on December 8, 1993; the agreement went into effect on January 1, 1994.  Clinton, while signing the NAFTA bill, stated that "NAFTA means jobs. American jobs, and good-paying American jobs. If I didn't believe that, I wouldn't support this agreement." 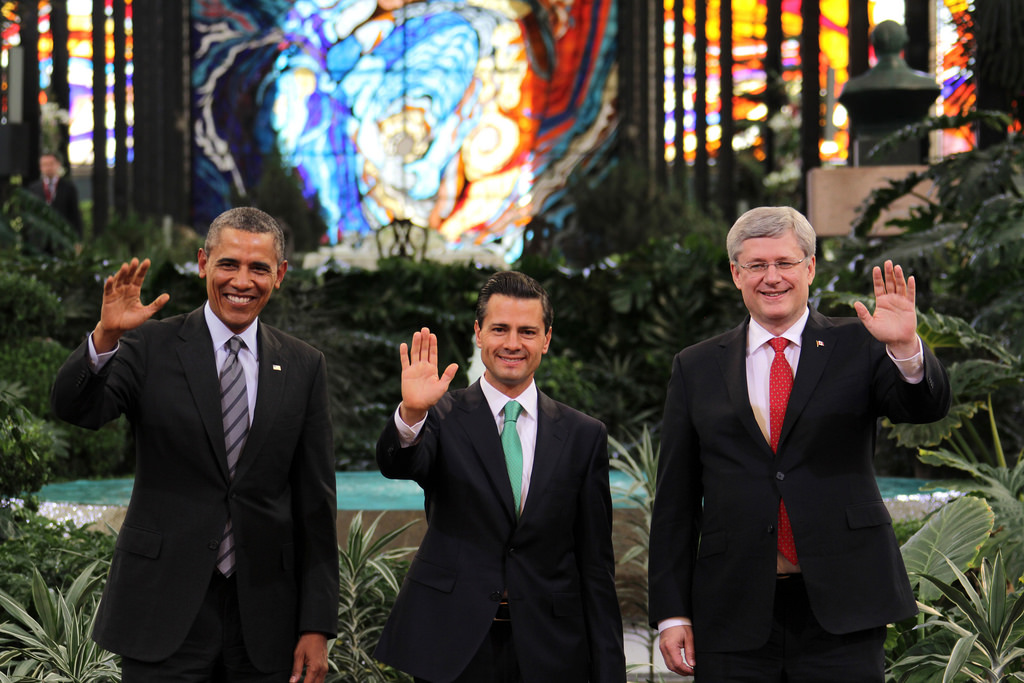 Ted Cruz candidly explains that if the Neo-Marxists succeed in turning Texas & Florida into perpetual 'Blue' states, it is game over for our constitutional republic. "Undocumented Democrats" must be prevented from entering our country and the rule of law be applied to ALL currently within our sovereign nation.

If one wants to vote they better speak English extremely well, write it and read it. They have to be Citizens for at least 10 years maybe more. Keep out all these derelict would be demons.

I sure am praying and hoping so: one year to go!

We The People have

Permalink Reply by Lawrence Richard Park on December 27, 2015 at 7:24pm
Obama being elected...twice...in spite of all the glaring warning signs of a smug, non-qualified, dangerously anti-America, rhetoric-spewing phony...makes it hard to believe the majority, by a massive turn-around, have wised up. Hoping for it, dreaming of it, is good, we desperately need hope. 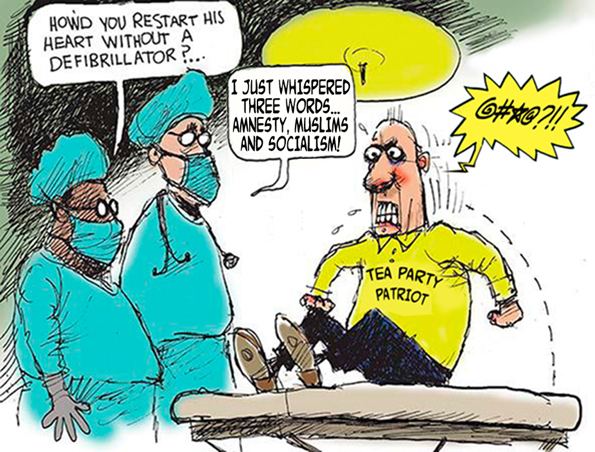 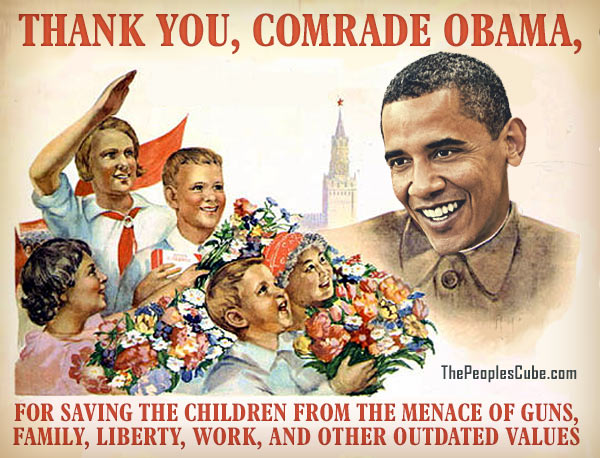