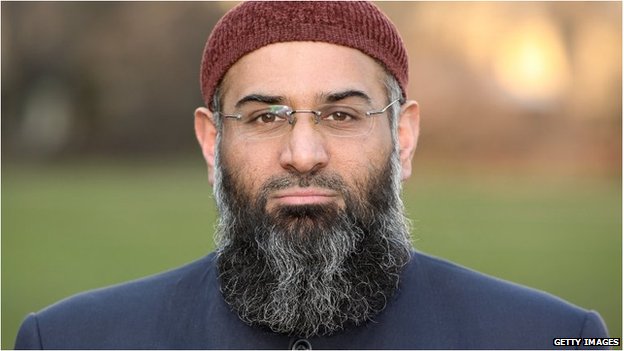 Nine men, including the radical Islamist preacher Anjem Choudary, have been arrested in London on suspicion of being members of a banned organisation.

Officers are searching 18 premises in London and one in Stoke-on-Trent.

The Met Police said it was part of an ongoing inquiry into Islamist-related terrorism and not in response to any immediate threat to the public.

Mr Choudary is the former UK head of the Islamist group al-Muhajiroun or Islam4UK, banned in the UK in 2010.

The arrested men, aged between 22 and 51, are being held at police stations in central London.

Anjem Choudary is a deeply controversial Islamic figure, a man who many Muslims despise because they believe he causes enormous damage to their position in British society.

Alongside another now-banned cleric, he once spearheaded Al-Muhajiroun, a group that argued that the West is fighting a war against Muslims and Islam.

When the government banned the group, some of its former members founded new organisations, including Islam4UK and Muslims Against Crusades - which were also later banned.

Mr Choudary has always denied allegations that he has either incited or glorified acts of terrorism.

Way to go Britain, way to go. but don't be surprised if there follower Obama doesn't contact you, and asks to make a deal with you. Britain, it's time to rid your country of this disease called Islam once and for all. I say, send them all packing.

Britain appears to be awakening from a deep sleep!  Late to recognize the problem, possibly too late, but at least they have started.  Sadly, with our MUSLIM PRESIDENT, we continue to talk and "stage" actions.

Don't be fooled, the airstrikes are truly just PIN PRICKS.  Very little real damage is being inflicted.  Antennas are damaged, but not the buildings that house the EVIL DOERS!  Few, if any Muslim terrorists are casualties.

The pictures, carefully selected and provided by the White House are intended to persuade the American public how "tough" Obama is.  Don't believe your lying eyes!  It is all electioneering!

Permalink Reply by Mary Gomez on September 25, 2014 at 6:15am
GATHER ALL FOREIGN BORN MUSLIMS AND BEGIN DEPORTING ASAP . LOOK UP ARMENIAN GENOCIDE . I KNOW FOR A FACT THAT GREEKS HATE TURKS FOR THAT VERY REASON . THESE MONSTERS DO NOT BELONG ON OUR SOIL .

Is he the guy that was invited to Fox News on Hannity and spoke foolishly and arrogantly? I do believe so!

I am glad that he got arrested in London... may it follow more to get arrested and confined to prison and keep people protected!

Permalink Reply by Oleg Gielman on September 25, 2014 at 8:02am
yep, maybe the British parliament switched its intelligence resources to the Fox News network.

No Oleg Gielman; anyone that knows Sean Hannity at Fox News will attest to the fact that he always invites guests who are politically good or not good to let the public know what they are about. If they are good; we will know; and if they are not, we will know that also. I just turned on the news and it was confirmed that the radical muslim in question is indeed the murder-muslim that Hannity had on last week and if you saw the segment, you would see that Hannity drilled him and that muslim-terrorist was as arrogant as they come!

Also, we just learned that Eric Holder has just announced to step down! Yay! Now I hope that Congress will take the action that Boehner should have taken long ago! By the way... I haven't heard much about Boehner; except that he said that Obama was his friend! Can't Republicans take him out and replace him...hopefully with someone that represents conservative values! Let me know if you have any information about what Boehner has recently done or not.  Thanks.

I know, I saw it ...but as far as politicians are concerned, if it's not on "the news" then murderers are innocent until proven guilty or they just don't exist or everything politicians don't say "doesn't happen" ...so The Fifth Amendment applies to the guilty, only.

Start rounding up all of the so-called "Controversial Islamic Clerics" all over the free world. These devious creeps are regularly given FREE air time to spew their typical HATE rhetoric. Stop stroking these treacherous animals in the name of fairness. We know who they are and WHAT they are. Arrest them or send them back. 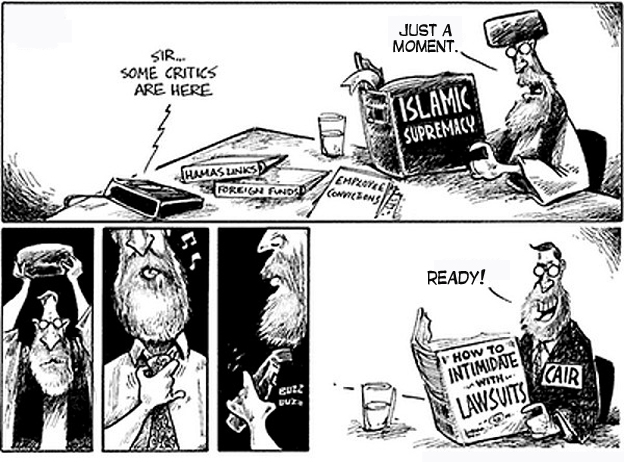 Good for the UK, this EVIL guy praised ISIS and he is ANTI-ISRAEL /ANTI-SEMITIC /ANTI-CHRISTIAN!!