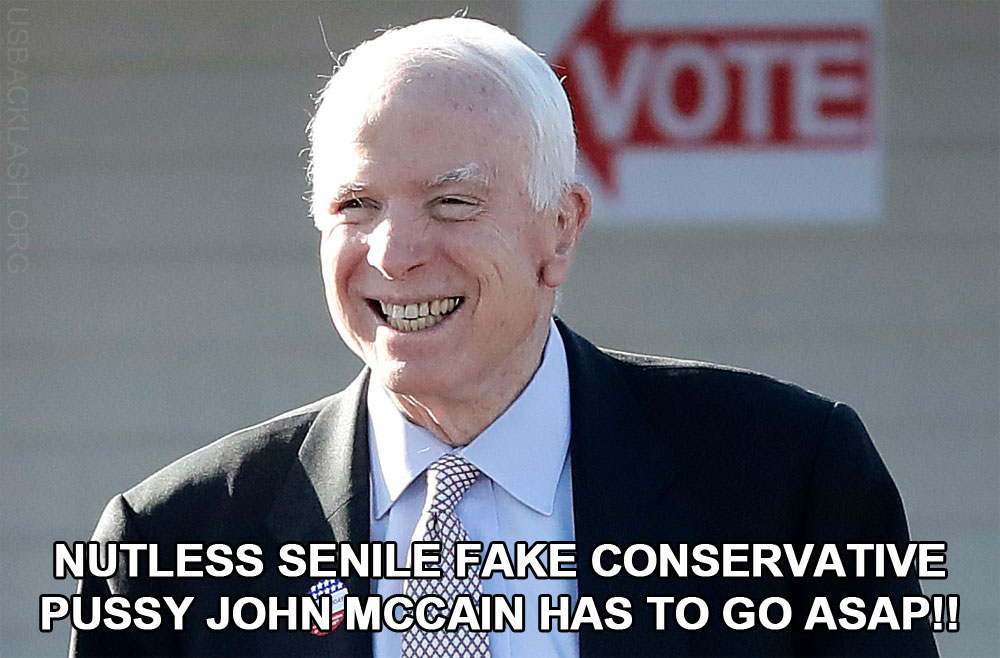 Arizona Republican Sen. John McCain has long been an opponent of President Donald Trump and his agenda, so it shouldn’t come as a surprise that he’s slow-walking major measures being pushed by the Trump administration.

McCain, chairman of the Senate Committee on Armed Services, announced on Tuesday that he will suspend confirmation hearings for Pentagon nominees until the Trump administration gives him additional information surrounding its war strategy for Afghanistan.

According to The Daily Caller, McCain told Defense Secretary James Mattis and Joint Chiefs of Staff Chairman and Marine Gen. Joseph Dunford that he will prevent the Trump administration from appointing needed officials at the Pentagon until he has more questions answered.

“There are not two individuals that I admire more than are sitting at the table facing this committee, but I want to tell you again: We will not accept a lack of information, a lack of strategy, a lack of coordination with this committee,” McCain said at an Armed Services Committee hearing on Afghanistan.

He continued: “And there are several methods, thanks to the Constitution, that we have to try and force a change in that relationship. I’ve been told by both of you that we are having a strategy, that we are now going to work closely together with the committee, that we are working with various allies. I’m glad to hear that.”

Trump announced an overview of his new war strategy for Afghanistan in August, which included sending additional troops to the region to train and advise the Afghan military.

McCain’s latest spat with Trump comes at a time when the Pentagon only has 30 percent of its positions filled, and it needs Senate confirmation in order to fill the remaining 70 percent, according to Defense News.

“There’s a number of them that have been awaiting hearings and confirmations, some have had hearings,” McCain said.

McCain contends he is following the Constitution in his quest to receive more information, but we already know he doesn’t have any intention of helping Trump.

It became obvious when McCain voted against the repeal and replacement of Obamacare, which McCain’s “no” vote killed the bill’s chances of passing in the Senate on two separate occasions.

Differences over health care aside, McCain could have used his influential Senate position to carry the ball for Trump when it comes to matters involving the armed forces, instead he has figuratively taken a knee.

McCain’s delay will prevent Trump nominee the confirmations of Washington insider Mark Esper for secretary of the Army, and Robert Wilkie, a former member of Trump’s transition team, for undersecretary of defense for personnel and readiness, The Daily Caller reported.

Americans on social media were not pleased with McCain’s performance.


Sen. Kirsten Gillibrand, D-N.Y., echoed a similar tune to McCain and tried asking Mattis why he wouldn’t release additional information on his war strategy in Afghanistan. She even asked for commitments from the two Pentagon leaders to about the number of troops that would be used and their missions in Afghanistan, according to Defense News. Not surprisingly, they declined.

Mattis’ response is exactly why he has been nicknamed “Mad Dog” and why he is the perfect man to lead our nation’s defense.

McCain has also criticized Trump for his bold stance on North Korea, because the Arizona Republican apparently believes talking to the brutal dictator is a more viable strategy than assuring the U.S. will defend itself at all costs.

From backstabbing Republicans with his vote against Obamacare repeal efforts to hindering the president’s nominations on several occasions, one could assess that McCain is determined to side with the Democrat Party over Trump.

Please like and share this story if you agree that Sen. John McCain needs to stop playing politics and start helping get President Trump’s agenda passed in Congress rather than opposing him every chance he gets.

What do you think about McCain’s decision? Scroll down to comment below!

And people call this POC an American war hero???   REALLY?  McCain needs to be removed from office IMMEDIATELY.  He clearly plans on spending his remaining days (if only it were just a few left...) doing everything he can just to defy Trump...........and prove he doesn't give a damn about citizens of this country.  Hope it's really, really, REALLY warm where he goes after this. 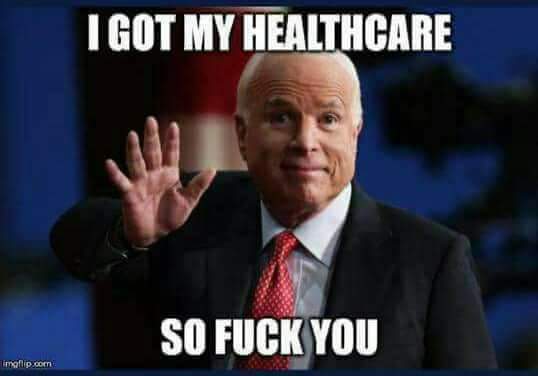 So tell us, how's that Elite Healthcare plan working for ya now, dumbass? 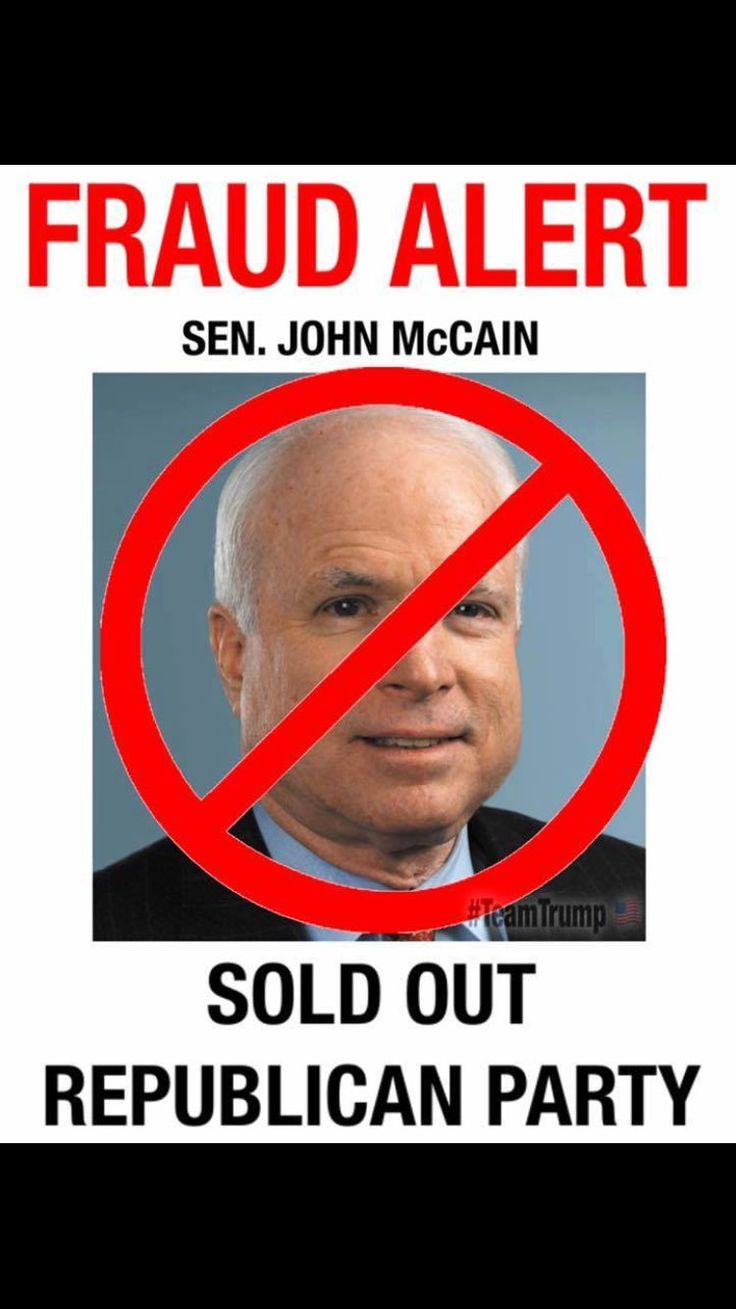 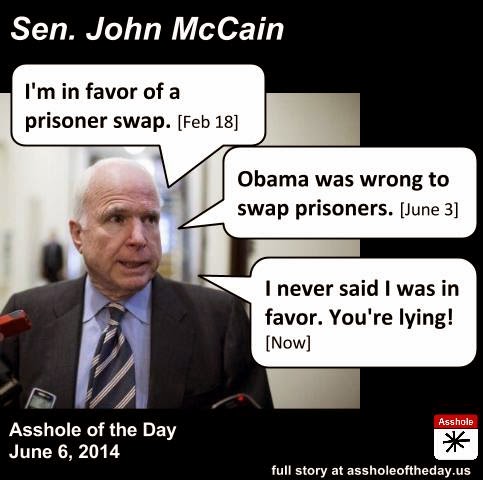 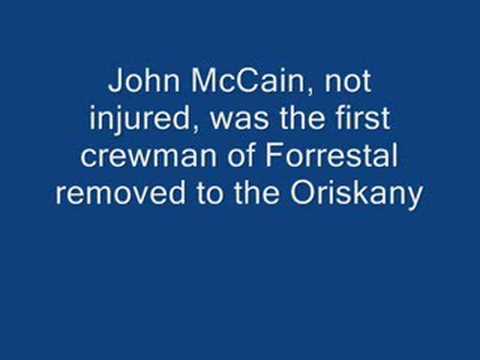 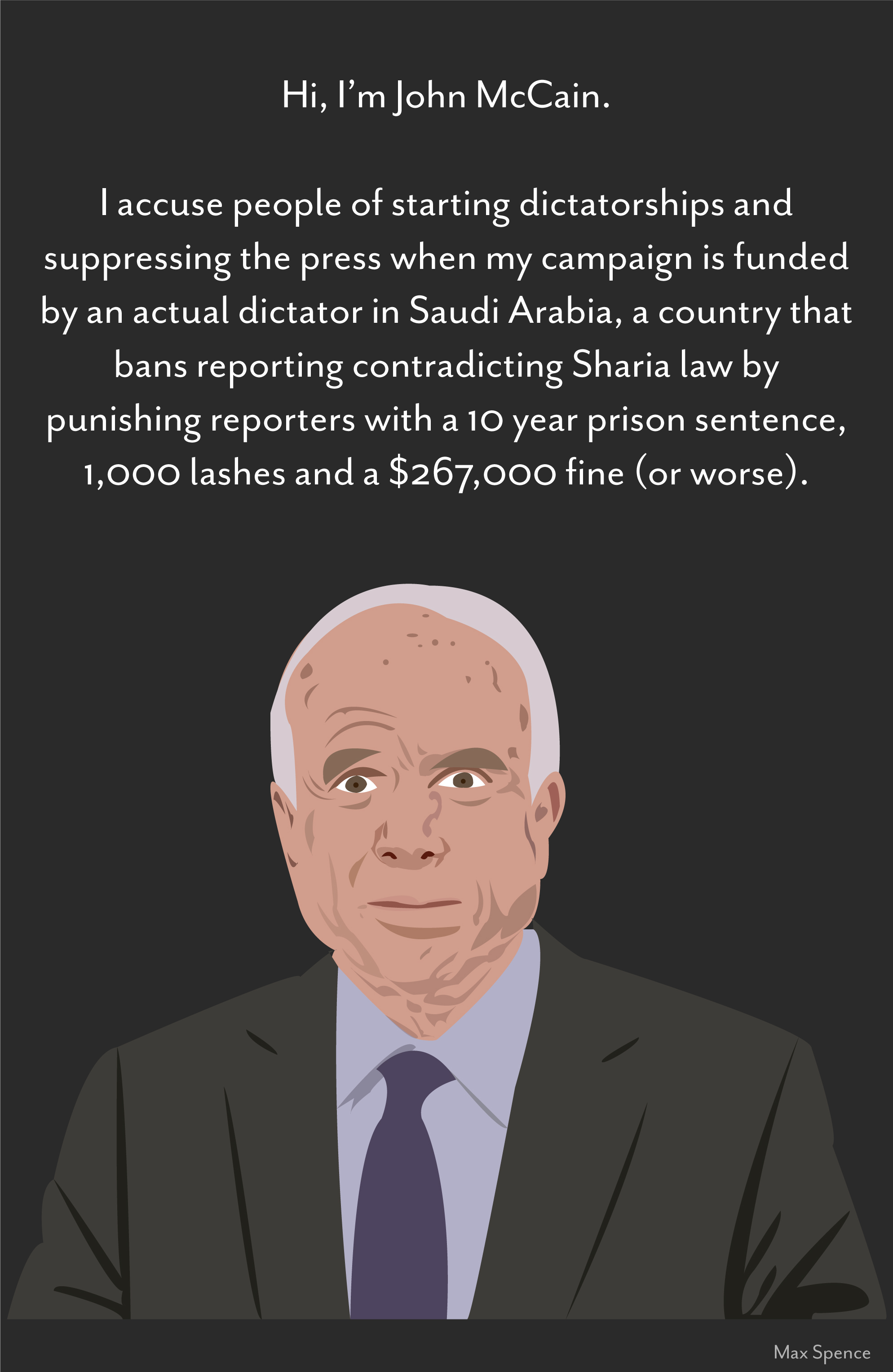 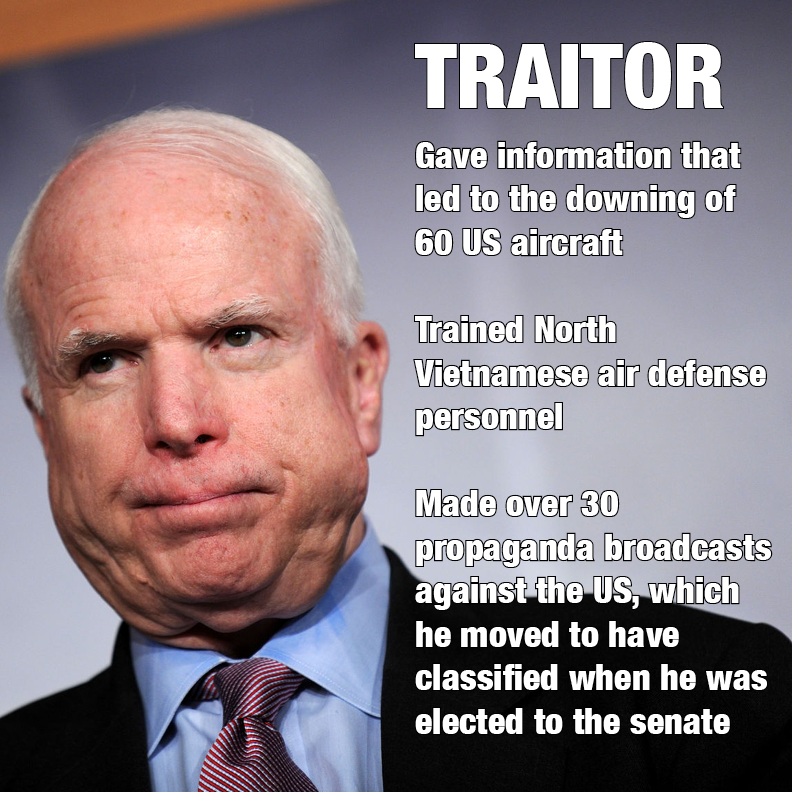