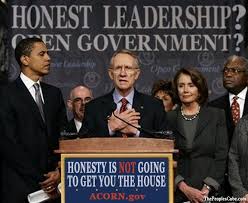 By John Lillpop Remember the controversy that ensued when the Department of Homeland Security warned that “right wing extremists” represented a serious domestic terrorist threat?That government over reach is being countered by a responsible, moderate look at left-wing extremists by conservative patriots in order to identify and deal with terrorist threats from the left.According to prudent sources, You Are a left-wing Extremist and a potential threat, If You Believe that…* The U.S. Constitution is unconstitutional because women, racial, sexual preference, and religious minorities were all under represented in 1776* Nancy Pelosi understands the Catholic Church’s teachings on abortion and gay marriage better than all popes, past, present, and future* Birth certificates and picture Ids must produced to purchase a gun, but are completely unnecessary in order to prove eligibility for the US presidency* Freedom of choice is inalienable, except when it comes to heath care, saving for retirement, and other decisions best left to government* Vast sections of America are still owned by Mexico, despite the Treaty of Guadeloupe, which was approved by both Mexico and America in 1848* Silencing conservative talk radio is vital to America’s national defense* Anthony Weiner was a greater patriot and more honorable than Dick Cheney* Rachel Maddow would make a terrific Secretary of Defense* Hillary Clinton is a better role model than Mother Teresa* The right of government trumps all individual rights, notwithstanding the Constitution and the Bill of Rights* Reparations should be paid to African Americans who can prove that they voted for Obama in 2008 and 2012* Speaking English within ear shot of Hispanics obviously here illegally is a serious hate crime* Straight, white, employed, Christian, Republican males should notify the local police 60 days before moving into a new neighborhood* Burning Old Glory is protected free speech, whereas rants by conservatives like Rush Limbaugh are “hate speech”* A woman’s right to abort the life of an innocent child is inalienable; whereas execution of a convicted killer is cruel, unusual & barbaric* Starving a helpless victim like Terri Schaivo to death is acceptable, but using lethal injection to end the life of a brutal killer is not* Publicly wishing a friend or family member “Merry Christmas” is clearly an act of civil disobedience and unconstitutional, is ample justification for immediate arrest and imprisonment* While symbols of Christianity must be hidden from public view, Islam must be openly promoted in the name of religious awareness and tolerance* Separation of state and government applies only to Christianity and Judaism* Leveling the playing field between haves and have-nots and eradicating income inequality is the most important function of government, even more so than national security* Tax cuts are wrong when returned to people who actually paid taxes, but perfectly fine when sent to those who paid none* Paying higher taxes is the highest “Patriotic” calling one answer* Marriage is no longer necessary to sanctify man-woman relationships; however, it is absolutely essential that same-sex couples be allowed to marry* Enforcing U.S. borders and immigration laws is wrong because it discriminates against Hispanics* Those who support English as America’s official language are racists, but those who prefer Spanish and other foreign languages over English are OK because of the inherent value of diversity* Conservatives who seek to preserve American culture are hate mongers, whereas immigrants are encouraged to celebrate their heritage even if it interferes with assimilation into mainstream America* Skyrocketing energy costs devastate working American families, but protecting Alaskan wild life is a greater priority* Outsourcing American jobs to foreign nations is driven by immoral corporate greed, but open borders and amnesty are acceptable because most illegal aliens are future Democrats who will also pay union dues* Huge profits are obscene, except when enjoyed by George Soros, Bill and Hillary Clinton, Oprah Winfrey, and other liberals* Military force must never be used, except when needed to hide a Democrat president’s sexual misconduct in the Oval Office* Invading a foreign nation is wrong, except when aliens from Mexico invade AmericaBottom line: Being a left-wing extremist is the least patriotic behavior that one can engage in. Avoid liberalism at all costs!
E-mail me when people leave their comments –
Follow