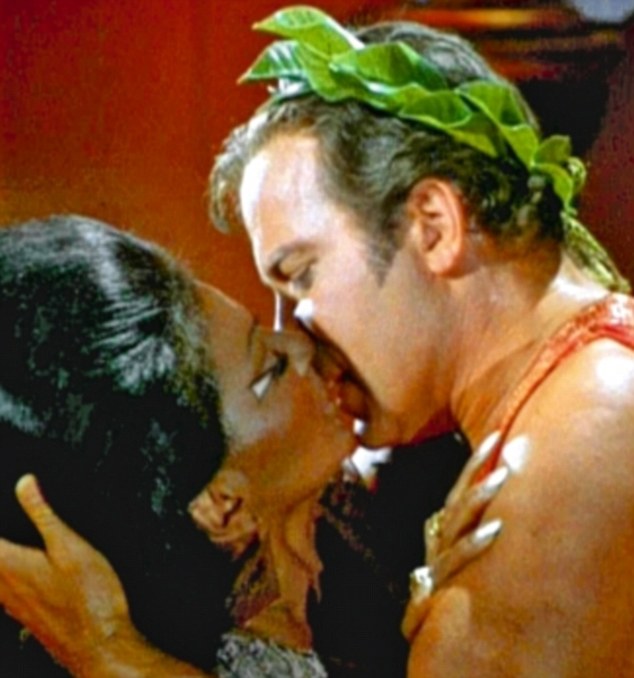 A white teacher said he routinely overhears vulgar and racist comments from students at an all black high school. I blame the black youth's negative mindset on blacks in the civil rights exploitation business and white liberals with their stomach-turning bigotry of lowered expectations.

We see snooty arrogant superior intellectual sounding white liberal pundits and hosts all over TV touting their absurd narrative that blacks have a right to be angry in racist America and must be coddled. These liberal celebs followed certain steps and behaviors to achieve success. And yet, they claim expecting blacks to follow the same road map to success is racist. Blacks should be repulsed by this liberal narrative which implies that we are inferior. I want to scream, “How dare you lower the bar for me! I “be” as smart as any white person!” Sorry, I couldn't resist.

I have witnessed the same racist mindset in a white liberal couple who are longtime friends. They have had financial highs and lows in their efforts to run various businesses. They work hard and will take any job to pay their bills. Applying for government welfare is not on their radar. They employed horrible black employees, always making excuses for them; giving them a pass because they were black. I was amazed that they could not see the racism at the root of their low expectations, disguised as compassion.

At every turn liberals send the message that blacks are lesser Americans. Liberals say it is hateful for conservatives/Republicans to expect blacks to speak English correctly, show an ID to vote, refrain from murdering each other and stop dropping out of school. White liberals say asking blacks to refrain from having babies out of wedlock is culturally insensitive and imposes morality on them. Libs ignore the truth that fatherless households contribute to gang membership, black on black violence and poverty. Do you see the pattern? White liberals insinuate that urban blacks are poor uncouth savages. Therefore, a 6'4” 290 pound black thug should be given a pass for robbing a convenience store, assaulting the clerk and attacking a police officer while on his way to grandma's house.

Years ago, I spoke to a class of black students at a Baltimore middle school. Diction was so lazy and poor, I had to ask several students numerous times to pronounce their names before I understood what they were saying. Why was such lazy speech tolerated?

My late Aunt Nee was a pastor and a brilliant black women with only a fourth grade formal education; an avid reader and studier. Aunt Nee did not tolerate lazy or inarticulate speaking from me and my siblings. Etched on my brain is her sending me to the corner store at 7 or 8 years old. “Ask the man for Uneeda Biscuits.” She pronounced each syllable and spelled it. She respected my intelligence.

Politically, white liberals pander to blacks to recruit Democrat voters which furthers their socialist/progressives agenda. Their sales pitch is every problem in the black community is caused by racist white America. Therefore, blacks can not achieve without big government intervention; lowered standards and entitlements to make things fair. I suspect secretly, many white liberals do believe they are superior.

White students are taught to feel guilty for their “white privilege”; instructed to be tolerant of black anger and irresponsible behavior. Black students who do not resent white America are called stupid traitors to their race.

To all you liberal college professors and intellectuals who say blacks are still suffering the psychological repercussions of slavery, please knock it off. You evil race hustlers are all about exploiting the goodness and fair-mindedness of the American people.

Slavery happened a ga-zillion years ago; get over it.

In the 1960s, my black college buddies and I were huge Star Trek fans. We loved watching the racially mixed crew of the star-ship Enterprise on which race was not an issue. Further making the point was the episode that white Captain Kirk kissed black Lieutenant Uhura which was pretty racy and shocking on TV back then.

Gifting an unworthy black president two terms confirms that Americans long to be united as one nation under God. America's desire for national unity is sabotaged by liberals. Their modus operandi is to divide Americans into feuding angry voting blocs – rich vs poor, black vs white, employers vs employees; Americans convinced they are victims due to their race, gender or economic standing. Liberals consistently rip open “healed” racial civil rights wounds and pour in fresh salt. Despicable.

Liberals have been feeding black America excrement sandwiches for decades. Sadly, a majority of my fellow black Americans blinded by decades of liberal indoctrination and MSM spin keep consuming their excrement as if it is filet mignon.

For crying out loud, look at what liberals offer us. They did an extreme makeover packaging black thugs Trayvon Martin and Michael Brown; promoting them as heroes to black America. White liberals awarded an immoral black rapper who had 11 babies by 10 women with his own reality TV show titled, “All My Babies' Mamas”.

Meanwhile, liberals reject and even vilify excellent black role models like world renown retired neurosurgeon Dr Ben Carson and businessman extraordinaire Herman Cain. Why would liberals do that if they truly care about empowering blacks? Why do they offer us low rent faux black role models and reject the real deal?

Black America, you have been sleeping with the enemy, Democrats and white liberals, far too long. It is time to politically get out of bed, shower to wash away the stench of liberal racist low expectations and use Conservatism as the vehicle to speed to the fulfillment of your American dreams.