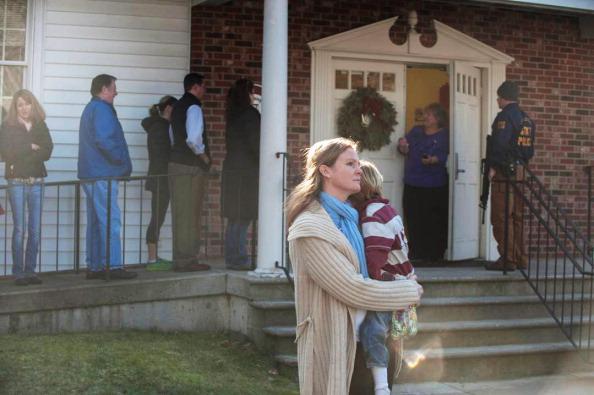 who killed 20 children and six adults at school

On Friday, December 14th, 20 innocent children walked into their schoolroom class at Sandy Hook Elementary School in Newtown, Conn., and before noon, Adam Lanza, 20, had gunned them and his mother down, according to Fox News sources. Recently, this horrific scene has been played out far too many times in malls, movie theaters, and at universities. This time, the unthinkable has occurred. The innocence of childhood was stripped away by this lone gunman, and left a town, and a nation in mourning.

Yet, in the midst of this very tragic day, the routine calls for tighter gun control laws have again raised its ugly head. While there is no reported connection to alleged shooter, Adam Lanza and illegal firearms, the calls are spreading, as they did earlier in the week, when another masked gunman entered a Portland, Oregon area mall, and shot and killed two victims.

According to Fox News, a U.S. Justice Department source, indicated that weapons used in the murderous assault, including a .223-caliber rifle, had been legally registered to the shooter’s mother. There is a serious problem in this nation, but with this tragedy and the one on Tuesday in Portland, Oregon, it was not the gun, but the stolen weapons that was the problem.

In a nation where there are over 50 million legal gun owners, there is no clear reason how the outbursts of violence by mentally unstable individuals whose weapon of choice is a gun, can be used as a rationale to curtail constitutionally protected Second Amendment rights. The two are not even logically synonymous.

Gun control laws that are not strict enough did not fail these families who are undergoing this very grievous period of mourning for their dead loved ones. What may have failed, even though speculative, is whatever social service system that did not intervene or pay attention to domestic issues that were occurring inside the home of the dead shooter.

The answers to what motivated Adam Lanza, to head into the school where his mother taught and into the very room where she was a teacher and open fire on precious little kids, shows anger that was perhaps motivated by revenge, or some other deep unsettling motive. But a gun control law is not the culprit in this tragic scenario.

How much tighter should the state of Connecticut’s laws be, if the weapons were purportedly registered to the shooter’s mother? The State of Connecticut gun laws specifies in part:
“It is unlawful to possess any other firearm by a person who has been convicted of a felony. It is unlawful to possess a handgun if convicted as a delinquent of a serious juvenile offense which includes.”

The mother did not appear to be a felon, now was she a convicted delinquent. She was a teacher in an elementary school, who was according to published reports from Fox News, murdered by her own son, who stole the weapons from her home. She was a victim not of a right-wing fringe element. She was murdered by her son.