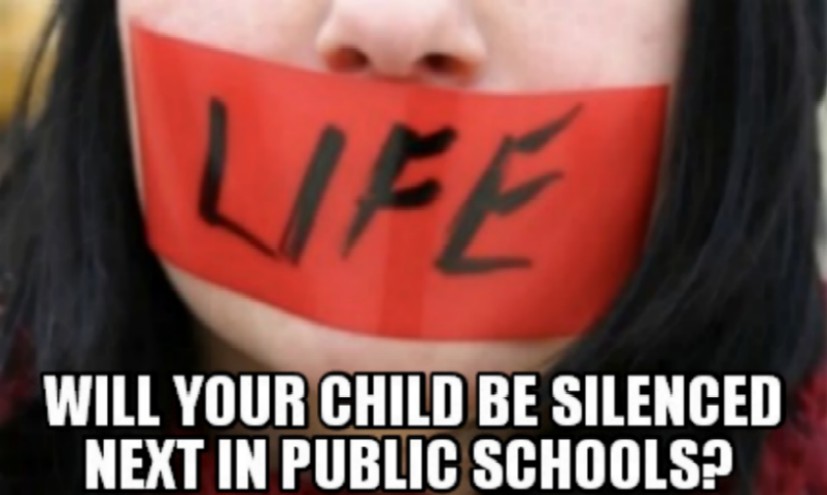 When the phone rings and your child’s school is calling, can you be certain that your child is safe, not from physical harm but from the school’s administration? Are you willing to bet that today your child will not have their pro-life views criminalized and shut down in their school classroom?  What will you do?

According to the Daily Caller, Angelique Clark a high school student who attends the magnet high school West Career And Technical Academy in Las Vegas saw her efforts to start a pro-life-club blocked by the school.

The Nevada legislature has introduced legislation, Assembly Bill 120, approved by the Governor in May 2015, that “clarifies rights that public at public schools are entitled to express themselves in a manner consistent with the rights guaranteed by the First and Fourteenth Amendments to the United States Constitution, provided that such expression doe not disrupt instruction at a public school, is not used to bully or intimidate any person and is not organized, broadcast or endorsed by the public school.”

Clark is a Christian who faced an anti-Christian barrier that many school administrators across America create for Christian students who refuse to bend or abandon their faith. This student’s school had already impeded her efforts to establish a pro-life club in the last school year, while the school already had a gay-straight alliance club which reflected a hypocritical contradiction.

In addition, she had already identified 25 students who wanted to join the pro-life school club.

Unlike last year, when the school administration had simply run the clock out, Clark started her efforts to establish a pro-life student club at the beginning of the school year. This time when she made efforts to launch the pro-life club and was met by opposition she contacted the Thomas More Society; a conservative legal issue support group.