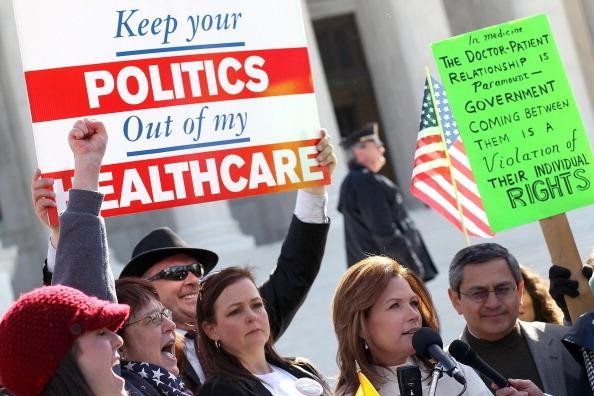 Will you vote against Obama’s war on The Soul of America and its religious freedom Tuesday, November 6th? In President Barack Obama's first term he took advantage of the 340,000 social conservative who did not show up at the polls in 2008’s presidential election. Armed with this free pass given to him, Obama has riddled America’s landscape with executive orders and legislation that abandoned congressional law on gay marriage, abortion, religious choice and many other issues.

Now, four years later in battle ground states like Ohio, Florida, Nevada, and Virginia he wants to complete his anti-religious assault on religious freedoms which are America’s bedrock. So one has to ask, what it will take to motivate social and religious conservatives to vote to preserve and to save America’s freedoms.

Understand this, that the race for the presidency is as close as it could ever be in swing states all over the nation. Gallup just released its final pre-election survey of likely voters on Monday, November 05, 2012 and Mitt Romney is holding onto a bare one percent difference over Obama. Romney’s 49% to Obama’s 48% truly means that ever religious and social conservative voter holds the keys to religious freedom in his or her hands.

What’s at stake is more serious than one might imagine.

Do you believe that your child’s right to be protected from being assaulted with pro-abortion literature in school or gay rights seminars in elementary school against your protests will be listened to, your wrong. School systems have already begun to implement this in schools across the nation.

The Catholic universities and colleges across America are under assault daily from the Obamacare edicts that mandate they obey the Obama pro-contraception insurance mandates. They are being forced to disregard their constitutional right to their religious freedom, or risk the legal wrath of Obama’s federal government.

In fact in Ohio, in May of 2012, Catholic University, in Steubenville, Ohio, decided to fight back against the attempt by the Obama Administration to strip their institution of its religious freedom. Catholic University refused to implement the Obama administration mandates that require a school use their health care plan to provide sterilization, contraceptives or other pregnancy prevention drugs to students.

Michael Hernon, the VP of Advancement at the University, stressed to Fox News in May that Obama Care’s mandates amounted to “moral and economic injustice.” This is clearly a deliberate and intentional act of war on America’s religious freedom!

The rejection of God in the original Democrat Platform which is a statement of the position of the Democrat Party and its President going into the fall election should serve as a true call to arms by America’s religious community. The move to remove God from the Pledge of Allegiance, abandonment of religious prayer in public schools, at public meetings and at football and other games is just the beginning.  (  read more  )