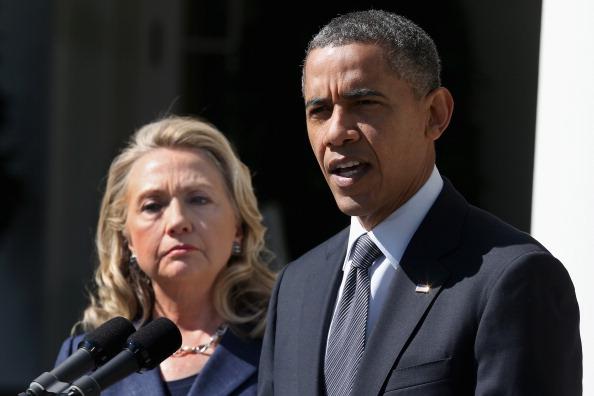 Obama’s election firewall is melting like a house of wax all over America.  States like Florida, Virginia, Iowa, Michigan, and Wisconsin where President Obama’s election machines had once appeared impregnable are now crumbling.  What is even more telling is that Ohio, the battleground of all battleground states is now fast becoming Obama’s possible Waterloo.

According to many recent national polls, including results from Fox News Poll that was released Friday, October 19th, Obama’s lead over Republican challenger Mitt Romney is narrowing.  The president’s former lead of 49-42 percent from late September has dwindled to 46-43 percent.  What appears even clearer is that the president’s second debate performance, while well scripted at how to be evasive and fact challenged, and has not slowed Romney’s growing momentum.

The growing White House cover up of how U.S. ambassador to Libya J. Christopher Stevens and 3 other Americans were murdered on September 11th  at the American consulate in Benghazi is taking center stage.  As more and more intelligence documentation, real time videos, and congressional documents are made public a bizarre and tragic web of deceit is being unearthed.

The White House and the president’s campaign have stepped up their visits to Ohio and other battle ground states as well as their attacks on Romney.  Their hope is that voters would ignore the facts that these murders were avoidable and preventable.  But on Monday October 22nd, the last presidential debate should bring the truth of the Benghazi scandal and the unraveling of the administration’s stonewalling into America’s living rooms.

The presidential election stakes are much, much higher now.  Now the White House narrative and tangled terrorist assault storylines are unraveling, thanks to the recent congressional hearings on Capitol Hill. Its gets even worse.  President Obama and Vice President Joe Biden are now telling competing versions of the Libyan murders’ timeline.

Timing is everything, and with Foreign Affairs being on the table for the last debate, the White House is on lock down.  It is refusing to honor requests for documents from congress that detail what the president knew, when he knew it and what action did he take. Fear that truth of possible evidence being covered up concerning pre and post attack terrorist activity by the White House could prove an administration cover up is in play.

What evidence could the administration be afraid of providing congress and the American voter before the election?  Could it be proof that Ambassador Stevens desperately sent request after request to the State Department for more security, while terrorists linked to al-Qaeda steadily increased their attacks and assaults as late as August on the consulate?

Could it be evidence that the President decided to ignore in-person daily Security Council briefing.  Will White House meetings records reveal that he either golfed or attended entertainment and Hollywood fundraisers on the lead up to the anniversary of the most horrific terrorist attack in the nation’s history?

What is so important in the timeline which lead up the murders in Benghazi that Obama is afraid that voters will discover?  What the administration possibly fears can be found in the recent Fox News video concerning the timeline that led up to the Benghazi tragedy.   ( Read More )